The title of Charlotta Westergren's new exhibition is "SERE: Survival, Evasion, Resistance, Escape." SERE is a military program that originated to train soldiers to survive and resist interrogation, but arguably ended up being a model for torture methods.

At first this title seems incongruous with the Swedish painter's glossy paintings of hyper-detailed animals; but upon inspection, we see the careful thought put into every drop of blood. In these works, the animals portrayed are more vicious and restless than they initially appear, all coming together for Westergren's controlled meditation of life and death. 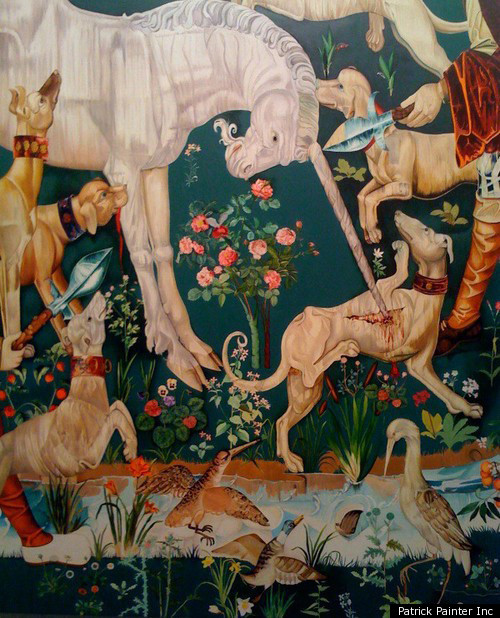 "War on Terror" is an oil on linen tapestry depicting a unicorn mercilessly goring a dog with its horn. The image comes from "The Unicorn Tapestries", iconic works from the late 1400s-early 1500s (which you can see at The Cloisters). The pure innocence of the unicorn is replaced with a vicious rage, as it lashes out against another creature. In the flurry of animals you cannot tell which are trying to kill and which are trying to flee. Westergren cites the pain in Theodore Gericault's "The Raft of the Medusa" as her inspiration.

The other paintings depict Biblical animals with the precision reminiscent of traditional Flemish masters. Isolated, vulnerable and often wounded, the animals we have come to recognize as symbols hit you hard. Their realism adds to their psychological impact, creating an unexpected meditation on the terrible cost of war.

CORRECTION: In an earlier version of this article, we stated that the "Unicorn Tapestries" were created in the Dark Ages; they were in fact created in the late 15th and early 16th centuries. 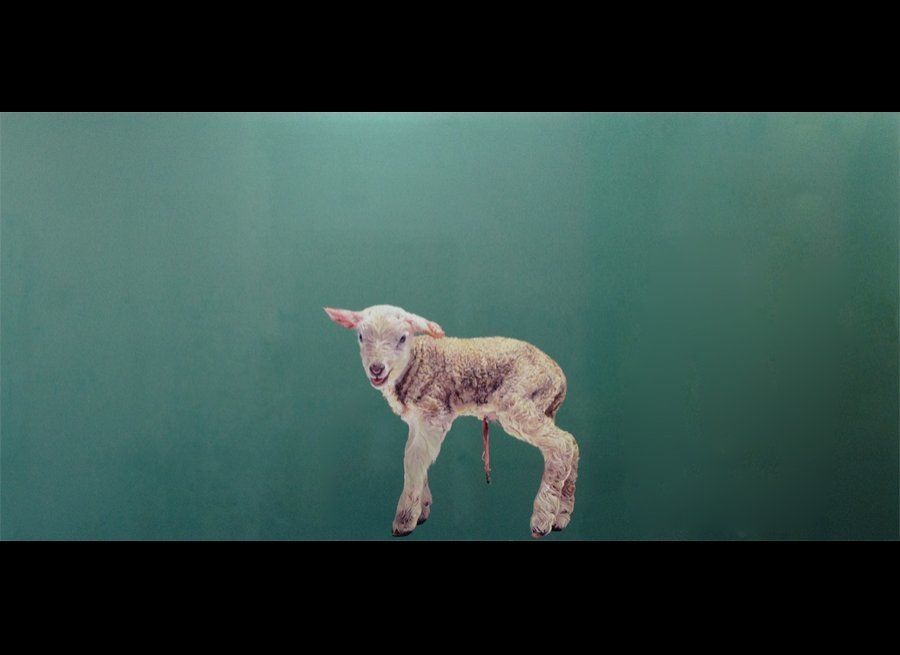