While everyone gets worked up over the Duchess of Cambridge's questionable fashion choices, Vogue Paris has focused its attention on one royal whose stylishness is undeniable: Charlotte Casiraghi.

The 25-year-old shows off her fabulous genes on the cover of French Vogue's September issue, her windswept hair and smoldering eyes captured by photographer Mario Testino.

It's a seriously sexy turn for the royal, whose lineage includes her mother, Princess Caroline of Monaco; her grandmother, Grace Kelly; and her uncle and aunt, Prince Albert II of Monaco and Princess Charlene.

Unlike her fashion-fearful aunt, however, Casiraghi has jumped into the fashion industry headfirst, sitting front row at runway shows and working with Gucci's Frida Giannini on her equestrian uniforms. American Vogue even profiled the stunner last September, photographing her on horseback and posing in her riding togs.

Now editor-in-chief Emanuelle Alt has gone the royal route, glamming up the preppy Casiraghi for French Vogue's all-important September issue. What do you think of Alt's cover choice? Check it out and sound off below. 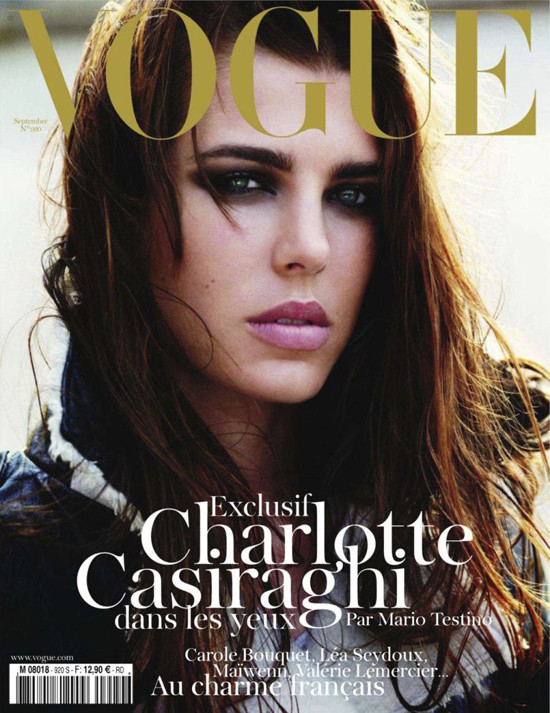