Golden girl Charlotte Gainsbourg may not own a Birkin bag, but she does own a pair of flashy, embroidered Balenciaga harem pants.

The newlywed actress/director hit the red carpet for the premiere of "Melancholia" on October 3rd during the New York Film Festival. She chose to pair her metallic trousers with a what looks like an over-sized sweatshirt.

She's wearing strappy sandals, but you really wouldn't know considering the hemline of her genie-inspired pants covers them.

What do you think of Gainsbourg's look? 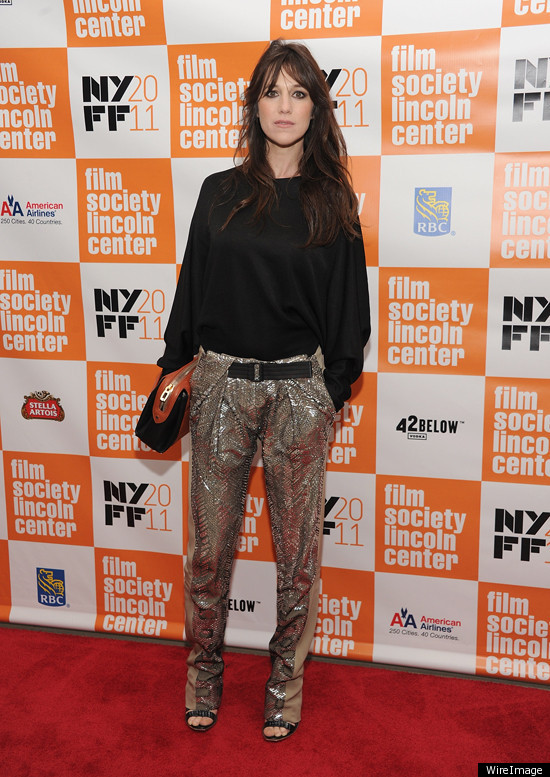 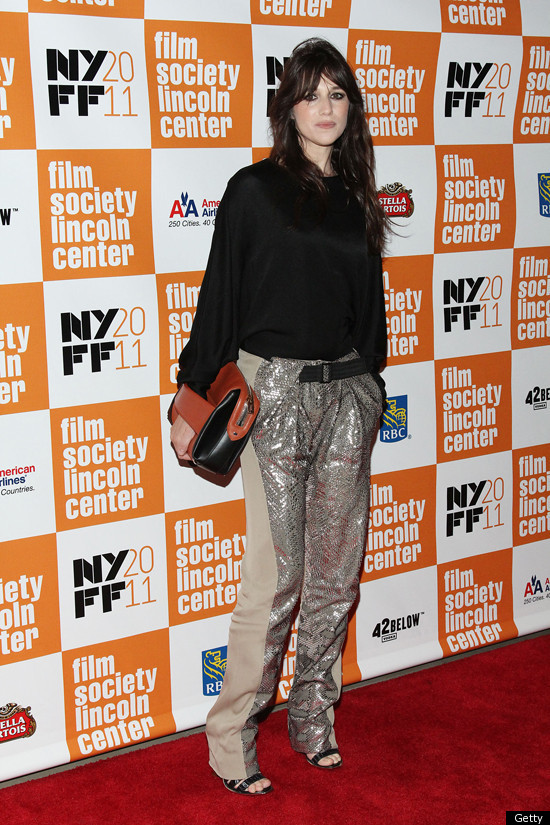