Three months ago, Gordon and Kristen Gray learned that both of their daughters -- 4-year-old Charlotte and 20-month-old Gwenyth -- have Batten disease, an extremely rare and fatal neurodegenerative disease.

Now the Grays are fighting to save their daughters' lives. They founded the Charlotte and Gwenyth Gray Foundation with the goal to raise $10 million to fund medical research that may lead to a cure. Because Late Infantile NCL Batten Disease CLN6 -- the variation of the disease that Charlotte and Gwenyth have -- is especially rare, research and funding for treatment and cure has been minimal.

Desperate to find a way to help their daughters, the parents located a doctor in New Zealand whose research was effective in curing sheep. They've vowed to fund a clinical trial to channel his research into finding a cure for humans. 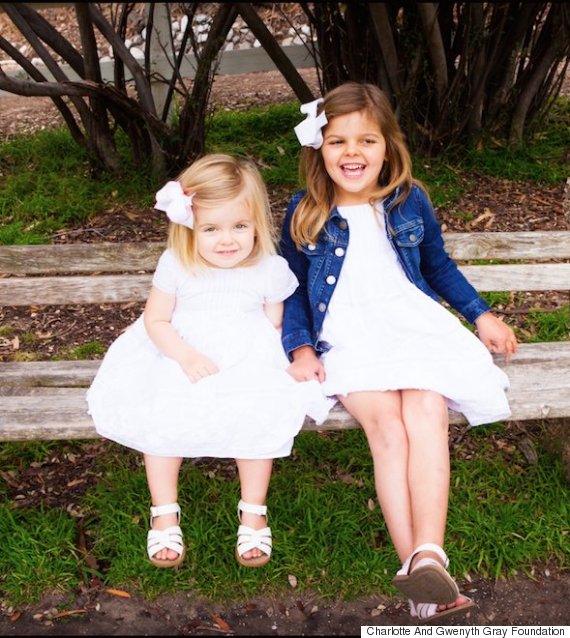 Today, a Batten disease diagnosis is tantamount to a death sentence. Patients with Late Infantile NCL Batten Disease CLN6 suffer progressive neurological impairment, as they typically go blind, develop seizures and dementia, lose the ability to speak and move, and ultimately succumb to the illness between the ages of 6 and 12.

In the Grays' case, Charlotte developed normally until she was about 2-and-a-half years old, when she started showing signs of delayed speech and fine motor skills. After a long journey of doctor appointments and second opinions, she was diagnosed with Batten disease in March 2015. Doctors told the parents there was a 25 percent chance that their other daughter had the disease as well. A week later, Gwenyth's test results came back positive.

To help raise the $10 million needed to fund a clinical trial, the Gray family created a video about their daughters' story and their desperation in light of this unspeakably tragic diagnosis. "We have a very short window to try and save them," mom Kristen says in the video, which you can watch above.

"You're looking at your very healthy vibrant children who are loving life right now, who could potentially lose all of that joy in a very short time," she adds.

As a film producer known for movies like "Miracle," "Secretariat" and "Invincible," Gordon Gray was able to tap into his network of entertainment industry figures to get his family's message out. The video has been shared by several celebrities, including Jennifer Garner, Channing Tatum, Jessica Biel, Alyssa Milano and Jessica Alba.

I challenge every one of you to give $1 to the Charlotte & Gwenyth Gray Foundation. Together, we can help cure Batten...

Let's #CureBatten together!! Please join me in donating to @curebatten because every $ helps kids live: http://t.co/pUkUPUPu6w

Please! Read this! Look at these baby girls! And give what you can! http://t.co/7JncH0yZB5

"I'm never going to give up hope or give up fighting," Gordon says. "I have to believe that I'm going to save my girls."

To donate to the Charlotte & Gwenyth Gray Foundation, visit their website.