The left is indistinguishable from the right on charter schools, a rare point of agreement in times marked by otherwise contentious discord. In 2009, Race to the Top specifically targeted expansion of charter schools and in May of 2014, President Obama offered the following words in his proclamation of national charter school week.

"I commend our Nation's charter schools, teachers, and administrators, and I call on States and communities to support high quality public schools, including charter schools and the students they serve." 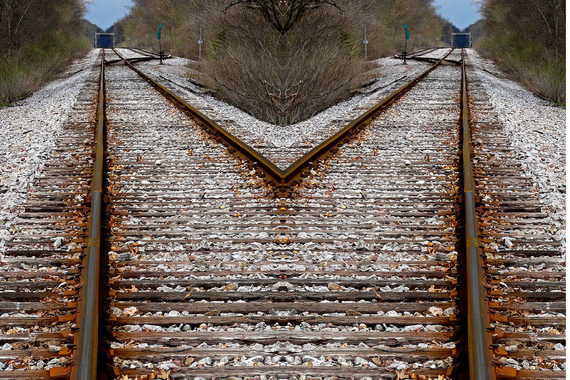 Though I support students, teachers, and leaders of charter schools through my work at the University of Arkansas, I won't support charters and disagree with the President's calls for charter expansion for three central reasons:

So how did we get here?

As educational historian Diane Ravitch detailed in her 2010 book, at least some of the roots of these issues began under President Ronald Reagan's 3C's initiative for content, character, and choice, originally intended to grease the skids for school vouchers.

Fast forward twenty years to An Inconvenient Truth, the documentary that pronounced Davis Guggenheim a hero of liberals, making his Waiting for Superman, as Ravitch explained, "the most important public-relations coup that the critics of public education have made so far." Or, as Hermansen-Webb concludes in her 2014 rhetorical analysis of the film, "The growing enthusiasm about charter schools from the political left stems, in part, from arguments for market-based reform that are delivered to liberal audiences through popular culture (p. 533).

Comments on an article about President Bill Clinton published at Huffington Post in September that gave me some hope that the liberals who were seduced by Waiting for Superman, victims of the blistering hot school choice narrative, were waking up to at least some issues with charter schools.

I've selected the following quotes from the comment section because they offer criticism of the charter narrative. Of course these comments are not a scientific reflection of anything.

"The privatization of public institutions will ALWAYS lead
to disaster."

"The profit motive can't be trusted."

"Funny, we've been saying that for years but no one will listen until a famous politician says it? They are motivated by profit, not results."

"Charter schools are veiled discrimination against the disabled and disadvantaged."

"And don't forget to add the racially different to your list! Whether some are passed over for race or the difficulty of getting to the chosen school several miles and neighborhoods away. (Could therefore be a dangerous journey.)"

"Everybody needs to quit calling charter schools "public schools". They leach public money just like the private prison industry. But we do not call private prisons, 'public prisons.'"

"Education policy is being determined by people who know little to nothing about education, so the failure of charter schools shouldn't come as a surprise. These schools are being run by folks who care a lot about making money, and not so much about educating children. And just like with the big banks: deregulation = disaster."

I responded first the day the Clinton article posted, primarily citing this piece from May. While my comment and a few of the others focused on the segregation issue, commenters were more concerned with the privatization aspect that charters represent. While I deplore that as an unforgivable reality too, the real issue for me and others is the idea of segregation based on race and class.

"Drive to Anywhere, Southern State, USA and look around for the private school and public school. It's Jim Crow all over again with near complete segregation by race, something a colleague formally linked to expanding charter schools, not only in terms of race but also ethnicity and class. Is this the country we want? [...] stacked measurements and positive press don't obscure the deeper realities."

Is this the country any of us want?

Iris C. Rotberg's research published in Phi Delta Kappan in 2014 on the issue offers three specific findings and it's not just about Southern States, USA:

"There is a strong link between school choice programs and an increase in student segregation by race, ethnicity, and income.

The risk of segregation is a direct reflection of the design of the school choice program.

While some--including President Obama and Secretary of Education Arne Duncan--want charter school proliferation, the dangers of doing so, of giving choice to some, seem to far outweigh any benefits.

"Proponents of charter schools believe they're giving low-income and minority students opportunities they otherwise would not have had. That belief is true in some cases; all charter schools do not result in segregation. But far too many do, and the trend is unfavorable."

Choice that leads to segregation is unconscionable, no matter the side of the aisle supporting it.

***
A previous version of this post appeared at www.edusanity.com as "Will the Left Wake Up to Charter Realities?"