Each year thousands of young talented artists flock to big cities such as New York and Los Angeles to pursue their dreams. The global appeal in the spirit of LA first attracted artist Brooke Harker, whose friendly Iowa upbringing fostered a desire to connect with people and a curiosity about other cultures. After working in various countries in Asia and Europe, it is no surprise that Harker settled in the culturally diverse "City of Angels," to create her cityscape paintings, which have gained more attention recently in California. 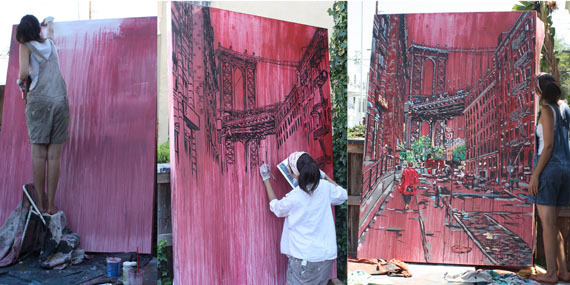 Now featured in the Oceanside Museum of Art's international traveling exhibit: California Dreaming: An International Portrait of Southern California, Harker's work is one of 54 artworks selected internationally to examine the idea of whether the "California Dream" is still alive. This exhibit first opened in October 2014 at Palazzo della Provincia di Frosinone in Frosinone, Italy (in the vicinity of Rome) under the leadership of Italian art critic/curator/gallery director Alfio Borghese. At the US debut at the Oceanside Museum of Art in December 2014, Borghese invited Harker to present a solo exhibition of her paintings at Villa di Comunale in Frosinone, Italy. http://oma-online.org/

When Harker first met Borghese, she said that despite the obvious language barrier, she felt like she had reconnected with a long lost family member. "The conviction with which Alfio Borghese is dedicated to discovering and sharing art is truly inspiring," said Harker. "Meeting him connected me to a deeper understanding of how important art is as a vehicle of communication between cultures." Beyond bringing Harker to Italy for the exhibit, Borghese has several plans for Italian artists to exhibit in Los Angeles galleries. "It is invigorating to be part of a project that is bigger than my vision alone," said Harker. 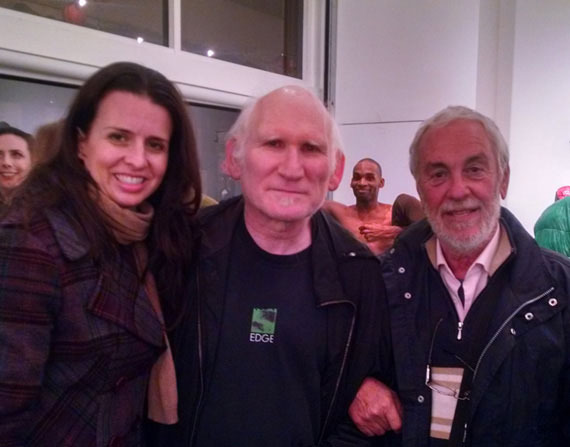 LA art critic/curator Peter Frank who was on the jury that selected Harker's work for California Dreaming continues to be involved in these upcoming exchange projects and shares his unique perspective of her work: "Brooke Harker looks at the world with a very sharp eye. She describes what she sees as so many networks of structures, setting up a web of impressions that reveal both the strange and the familiar in ordinary and spectacular places alike. In this way, Harker gives these places a new texture and a new consistency...one we never saw before -- but may have sensed down deep." Peter Frank (Huffington Post/Fabrik)

"Brooke Harker's paintings are an intriguing window on Southern California, offering a vision impossible to communicate through photography. Her lively, multi-layered paintings, particularly the intricately detailed cityscapes, communicate to the viewer a spirit of place that is revelatory, transforming everyday street scenes into transcendent environments. Essentially these paintings do what all good art should: remind us that beauty and magic are all around us." Jonathan Jerald, director of LADADSpace's District Gallery 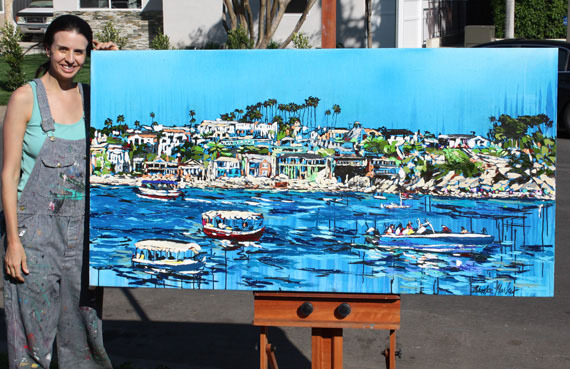 The exhibit titled "Una Prospettiva Eclettica" (translated: "An Eclectic Perspective") will feature LA and US scenes. Harker has planned a four-month residency to create the entire solo exhibition (twenty paintings) while in Italy. Well-known companies such as Gamblin, Jerry's Artarama, Modern Masters and Jack Richeson & Co, Inc., have donated paints and materials to help make this exhibit happen. "Una Prospettiva Eclettica" will run from August 24- September 6, 2015.

Harker continues to keep busy in LA before her departure, offering opportunities to see newest works for people who won't make it to the Italian exhibition. She is currently the featured artist presenting "Energies of the California Coast" at Lu Martin Galleries in Laguna Beach. The gallery was founded by Lu Martin in 1988. Lu later partnered with her son Greg Martin, who selected Harker's work for the gallery. "Brooke Harker's art boasts of a strength of substance and style," said Martin. "More than faithful renderings of the places she has traveled and spent time, her paintings are imbued with the mood, energy, and character of the place and its inhabitants." 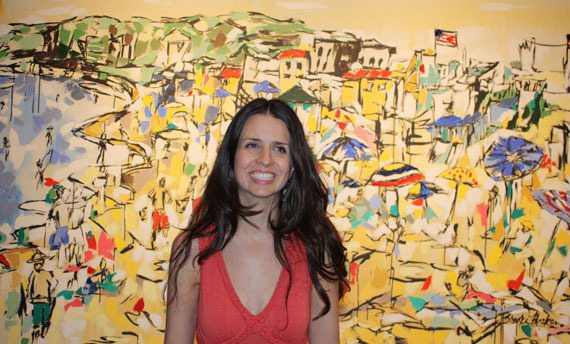 Photo by Greg Martin; Brooke Harker in front of Sunny Days at the opening of "Energies of the Coast" at Lu Martin Galleries in Laguna Beach, CA.

Harker credited her love affair with Laguna Beach as one of the inspirations for this exhibit. "Laguna Beach is one of my favorite places on earth. There is a place in the town where the moment I arrive, I feel like I can breathe easier. It is a paradise. For years, I have attended the Art Walk...shown in galleries, and have developed meaningful friendships there that will forever be dear to my heart." Harker said these feelings are ever present in her recent works depicting Laguna Beach, Dana Point, and Newport Beach which make up "Energies of the California Coast," which opened on April 2, 2015 in conjunction with the Laguna Beach First Thursdays Art Walk. "The warm response to my work at the reception in Laguna matched the spirit with which I made the paintings," said Harker. "To have this energy recognized with such enthusiasm means a lot to me as does the opportunity to connect with new people and familiar faces."

Harker will be the featured artist in yet another group exhibition in Santa Monica on Thursday, April 9. "7 Extraordinary Artists" opens at FABstudio, which is owned and operated by Flavio Bisciotti and has been featuring local and international artists for the past two years. The gallery welcomes new partner Brekelle Lavee' Long, who is co-presenting this exhibition which will also showcase the art of Anyes Galleani, Doug Henders, Barbara Kosoff, Charlie Patton, Walter Redondo, and Jennifer Verge. 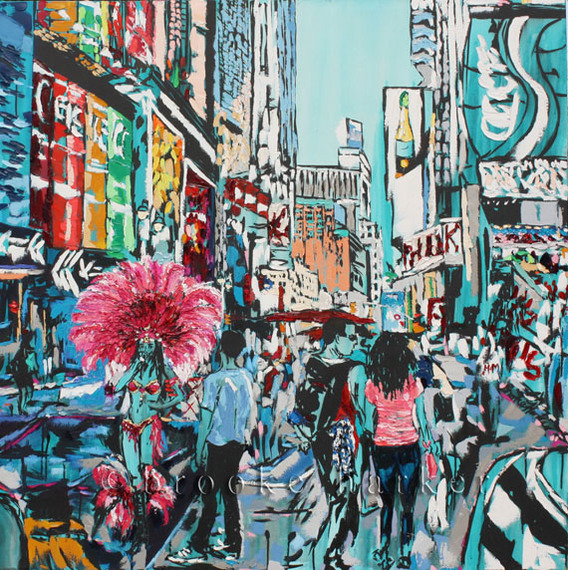 The artist will be featuring her urban cityscapes. "There is a vibe in FABstudio that touches the pulse of LA. I have wanted to exhibit there since I first attended one of their openings. I am thrilled that Flavio has selected my work for this exhibit." The opening reception takes place Thursday, April 9, from 6-9pm at FABstudio (2001 Main Street, Santa Monica, 90405)

Harker's work will also make its debut in the Middle East as part of the charity auction "The Kids of Syria," at the Fann-A-Porter-Gallery in Dubai, organized by art dealer and founder of Artforumae, Peter Gressman in May 2015. http://www.artforumuae.de/

The next opening of California Dreaming: International Portrait of Southern California will be at the Riverside Museum of Art on May 7, 2015. http://www.riversideartmuseum.org/

It's been a whirlwind year for Brooke Harker, an artist from Iowa who is not only making waves in Los Angeles but also in the international art world. Visit Brooke Harker's website at http://www.brookeharker.com/