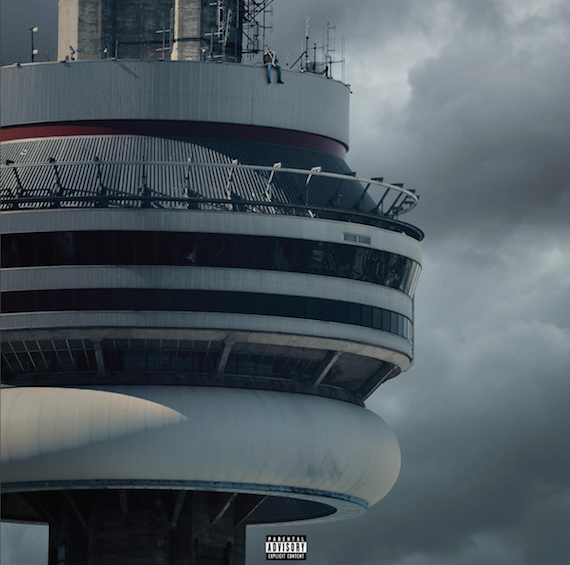 In the world of competitive sports, April has become a month synonymous with breaking records. It was April 8, 1974, when Hank Aaron surpassed Babe Ruth's record of 714 homers to become the all-time home run king. On April 13, 2016, the Golden State Warriors ended their season with 73 wins, surpassing the record set by the '96 Chicago Bulls. That same night, retiring Los Angeles Lakers guard Kobe Bryant scored 60 points, the most scored by any NBA player in his final regular-season game. On April 29, 2016, Aubrey Drake Graham looked to become reigning champ' in the ever so competitive music industry.

Views, Drake's long-awaited fourth studio album, was released Thursday night exclusively through Apple Music. The 20-track project is the follow-up to last year's If You're Reading This It's Too Late, the Toronto rapper's last solo project.

Although it's apparent -- especially on tracks like "Keep the Family Close," the reggae-inspired "One Dance" and last year's chart-topping "Hotline Bling" -- that Drake has transcended hip-hop, the oft-heard debate amongst the culture's critics is whether or not he has a classic album under his belt. "He has a bunch of number-ones, but no classic," are words often heard in barbershop conversations or written in hip-hop blogs' comment sections. The 6 God boldly debunks the dissension on the Boi-1da produced "Hype," proclaiming: "Views already a classic."

Like most great competitors, Drake has mastered the art of psychological manipulation. Exhibit A: "Back to Back." Last summer's diss track aimed at Meek Mill never made direct mention of the Philly rapper. Not even once. In fact, the only rapper Drake mentioned by name was AR-AB -- Meek Mill ally-turned-nemesis. Drake also managed to gain the favor of The Breakfast Club co-host and longtime detractor Charlamagne Tha God by name-dropping him and sending him complimentary bottles of Dom Pérignon champagne. In doing so, OVO's head honcho was able to draw attention away from the matter at hand: whether or not he writes his own lyrics.

Exhibit B: "Summer Sixteen." In the battle cry that helped set the tone for Views, Drake attempts to placate the rivalry between him and fellow singer/rapper Chris Brown with the line: "Then I hit 'em with the Hotline/Chris Breezy with the dance moves." He boasts his affiliation with the Warriors: "Golden State running practice in my house," which, according to Drake, hasn't happened just yet. He also steps to The Throne: "I used to wanna be on Roc-A-Fella then I turned into Jay/Now I got a house in L.A./ Now I got a bigger pool than Ye/ And look man, Ye's pool is nice/Mine's just bigger's what I'm saying." This isn't his first time challenging the hip-hop heavyweights. On 2011's "I'm On One," Drizzy offhandedly raps: "I'm just feeling like the throne is for the taking/Watch me take it." A feat that came to fruition when he topped Jigga as the rapper with the most number-ones in the history of the R&B/Hip-Hop Songs chart in 2012. Both Kanye West and Jay Z are featured on the pre-album version of "Pop Style."

This is prime time for Drake. Much like Hank Aaron's royal rollout at Atlanta Stadium and Kobe's star-studded farewell at Staples Center, all eyes are on him. Will he surpass The Beatles for most songs simultaneously on Billboard's Hot 100 chart? Will he get that number-one spot on Billboard he's been longing for? Will Views eventually be heralded as a classic album? I guess we have to keep watching. Something tells me he's not quite ready for retirement.