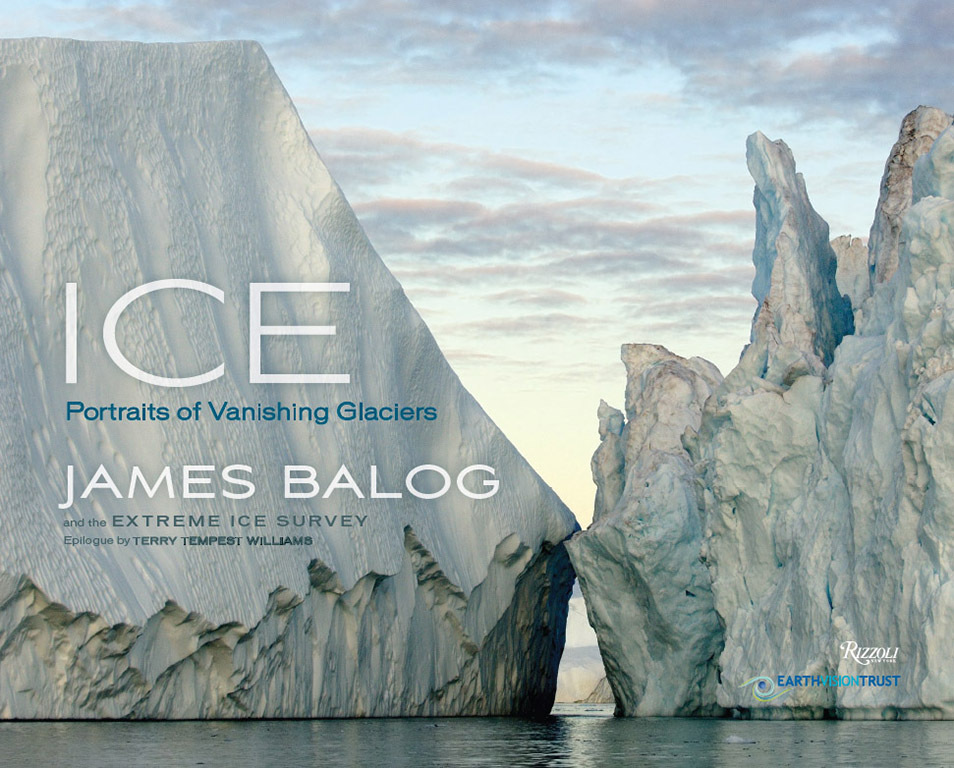 Twenty years ago James Balog, the founder and director of the Extreme Ice Survey, was a skeptic of climate change. Concerned that it was just a new cause driven by hyperbole, he questioned whether or not humans could actually bring about global climate change. In a new film, Chasing Ice, which was an official selection at Sundance last year, now makes its public debut on November 9th in New York City, Jim's quest to document the physical imagery of climate change is brought to life. He is no longer a skeptic.

Alongside the film, Jim has also realized an amazing book of still photography of glaciers. Also well worth your time, but for now we'll focus on the film.

It will be hard for you, after viewing the film,( click here for the trailer) to make a conscious decision that climate change does not exist. The film is incredibly approachable for all watchers and all ages. Viewers even get to hear from a former Shell Energy executive that Jim's work caused him to quit his job and reevaluate what he was doing in life.

Skeptic or true believer in the reality of climate change, everyone really needs to see the film. If nothing else for the spectacular imagery, but hopefully because the viewer is willing to examine the physical evidence and come to their own conclusions separate of their favorite pundit's view on the subject. The project documents the challenges and results of Balog's organization, Extreme Ice Survey, using still photography to record changes in glaciers over time and puts what we see into historical context in less than 90 minutes.

It is not an overly wonky or politically charged film. Instead, the audience is treated to a right seat ride with the special forces of climate research. This team puts themselves at great risk in remote, dangerous environments to get the best of shots, documenting the 'canary in the coal mine' for climate change. Imagine spending a month in the same spot on top of the Greenland Ice Sheet in the hopes of seeing a glacier calve off? When an iceberg the size of the southern half of Manhattan, only three times taller, careens into the ocean, the viewer is left with a sense of shock and awe around the impact of that much ice and water flooding into our oceans. Earlier in the last century, it is believed this same glacier calved off the iceberg that ultimately sunk the Titanic.

Numerous times throughout the film we are reminded that glaciers do retreat anyway and temperatures may rise but that the record of retreat now is far beyond any normal or historically observed variance.

Viewers will either be frustrated or pleased that the documentary offers no solutions for how we as a nation, as a global population can reverse or slow down climate change. That is not Balog's mission. Believing that "The pubic doesn't want to hear about more statistical studies, computer models, and projections..." Chasing Ice plays the role of a report from a reconnaissance or scout platoon. It is up to us to be driven into action from what we see. Will it be enough to move us into action and beyond our comfortable existences, or will we wait and see just how bad it can get with draught, wild fires, and raising sea levels?

Don't believe me? Watch the film and see for yourself.