The Arkansas police department investigating the mysterious death of Chavis Carter, who suffered a fatal gunshot wound to the head while handcuffed in the back of a police car, has released a video recreation of what it believes could have happened the night Carter was killed.

Jonesboro police say the 21 year old shot himself not long after being pulled over and detained on July 29, after two police searches uncovered a small amount of marijuana but no weapon.

Carter was placed in the rear of a squad car. Not long after, police say one of two officers on the scene smelled smoke, opened the car’s rear door and found Carter slumped over and bloodied.

The police say a small handgun and a spent cartridge were found in the backseat with Carter.

Carter was taken to a local hospital where he was pronounced dead. The Southhaven, Miss. man’s death has
roiled nerves in Jonesboro
and has
drawn national media scrutiny
. The
FBI
has also joined the investigation into Carter’s death. 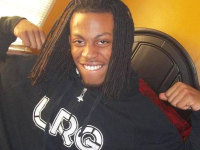 Chavis Carter, shot and killed on July 29 after an arrest.

Carter’s family and supporters believe the police killed Carter and are now attempting to cover it up. Teresa Carter, Carter’s mother, claims that while her son was shot in the right temple, he was left-handed. And that he made a phone call during the initial traffic stop in which he told his girlfriend that he would call her from jail, behavior that Carter’s supporters say is counter to that of a suicidal person.

Jonesboro police say they found a small, .380 caliber handgun and a spent cartridge in the backseat with Carter the night he was killed. They say officers simply overlooked the weapon when they searched Carter, twice.

The police have maintained their suicide theory. In the days after the shooting Police Chief Michael Yates called Carter’s death “bizarre,” and said that it “defies logic at first glance.” But in recent days Yates has reaffirmed the department’s stance that Carter took his own life.

When questioned by CNN’s Randi Kaye about the likelihood of someone being able to raise a pistol to his or her head while in the cramped back seat of a police car with hands handcuffed behind his or her back, Yate’s said “it’s very possible and it’s quite easy.”

“The average person that’s never been in handcuffs, that’s never been around inmates and people in custody would react exactly the same way that you just did, about how can that be possible,” Yates said. “Well the fact of it is, it’s very possible and it’s quite easy.”

Yates has also said that eye witness accounts and dashcam video support the account given by the two police officers on the scene when Carter was killed.

Those officers, Keith Baggett and Ron Marsh, remain on paid leave as the investigation into Carter’s death continues.

On the opening screen of the video reenactment released by police and first aired on KAIT 8 in Jonesboro early Tuesday morning, a message from the Jonesboro Police Department reads that the video is a “non-evidentiary reproduction of facts and circumstances associated with the pending investigation of the Chavis Carter in-custody death.”

The purpose of the video, the message continues, is to investigate “the possibility that an individual, hand-cuffed behind his back, may or may not have the ability to use a concealed firearm in a manner that would give rise to his or her death.”

An officer -- about Carter’s height and build, with his face blurred -- can be seen wriggling his handcuffed hands from behind his back and then raising a toy gun to his head.

“The circumstances displayed are not intended to illustrate the only means by which an individual could injure themselves but merely to determine the feasibility of these actions," the video states. "The investigation is active and awaits forensic and other investigative material that will be used to complete a full inquiry into this matter.”

Meanwhile, community pressure continues to mount on the police department and Yates, whose resignation has been called for by local community activists. 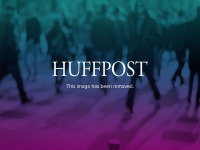 Hundreds gathered at a prayer vigil in Jonesboro on Aug. 6 in honor of Carter.

The Arkansas Chapter of the Commission on Religion and Racism scheduled a march Tuesday morning in Jonesboro. And others have claimed that Yates’ past racially-tinged brush ups with the black community have clouded this already mysterious case.

In 2004, the local branch of the NAACP in Americus, Ga., where Yates had been police chief, rallied and campaigned to oust Yates after he allegedly conducted an illegal background check on the organization's then-vice president Craig Walker, who had been an outspoken critic of Yates' police department. Walker claimed that the department had routinely abused black residents.

On election night in 2008 Yates again was at the center of controversy, this time in Jonesboro.

As a crowd of African American residents -- many of them youth and college students -- gathered at an apartment complex to celebrate President Obama’s victory, police arrived. Someone had called in to 911 and reported “200 black people” were screaming outside and that he feared for his life, according to local news reports.

An arriving officer reported that items were being thrown, eventually triggering the officer to hit his “emergency button.”

What followed was nothing short of an all-hands-on-deck dispatch that included all city patrol officers, the K-9 and SWAT units, county sheriffs officers, the State Police and Arkansas State University campus police.

The incident came to be known as the “Obama Riot.”

In all, eight young black men were arrested that night. Seven of them were charged with inciting a riot, a felony. One of the men was also charged with second-degree battery on an officer for allegedly pinning down a female officer and punching her repeatedly in the face.

But according to witness statements given to the Arkansas Times, the problems didn’t begin until the police arrived.

“We were all having fun,” Alexandra Ingram, a senior at ASU, told the newspaper. “We were all dancing, hugging, taking pictures. It was nothing of a violent attitude toward anyone. We were hugging people we didn't even know. We were just celebrating.”

But after the wave of officers descended upon the complex, the celebration devolved into “a night from hell.”

“It was handled in a way that it shouldn't have been,” Ingram said. “They were very forceful when they came to us. They were very demanding and using curse words and pushing. It was a night from hell.”

Students and activists claimed the police brutalized revelers and denounced the police department and Yates, whose leadership they’ve questioned in the wake of the event.

CORRECTION: A previous version of this story identified KAIT 8 as a Memphis station; it is in Jonesboro.

The Curious Death of Chavis Carter