Right now, the euro's value is low, and airfare is primed to fall -- aka we fully intend to make the most of this excellent time for a European vacation.

And once we get there, the other great part is that hotel prices are dropping, too. Average room rates in Europe fell nine percent during the last year, according to TripAdvisor's 2015 hotel pricing report. What's more, the study found that February is the single cheapest month for European hotels.

In other words, now could very well be THE most cost-friendly time to visit Europe that we've seen in a long while.

Eastern European countries like Russia, Ukraine, Romania and Bulgaria saw more significant drops in hotel prices than most countries during the last year, TripAdvisor found. (No huge surprise there.) Hotels in France, Sweden and Norway, however, have become much cheaper, too. (Score!)

And if a five-star isn't quite your thing, Airbnb has you covered. The site recently dug up 10 places with the cheapest rental rates in Europe. The resulting lineup is quickly becoming our list of under-the-radar European must-sees (hellooo, Poland and Spain). Check them out, check them off, and enjoy one of the cheapest trips of your life. 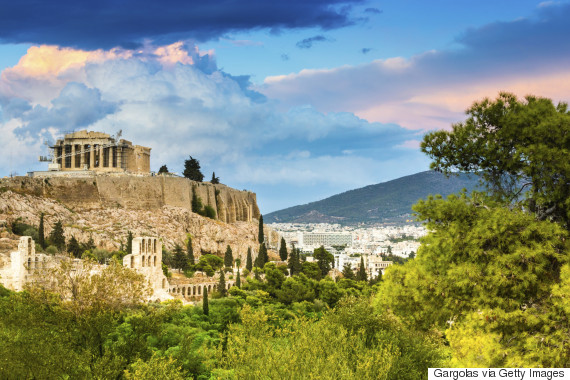 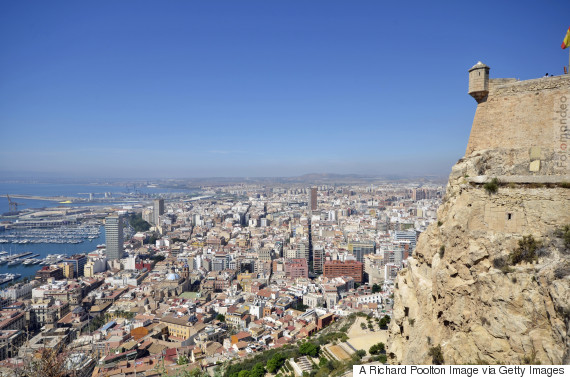 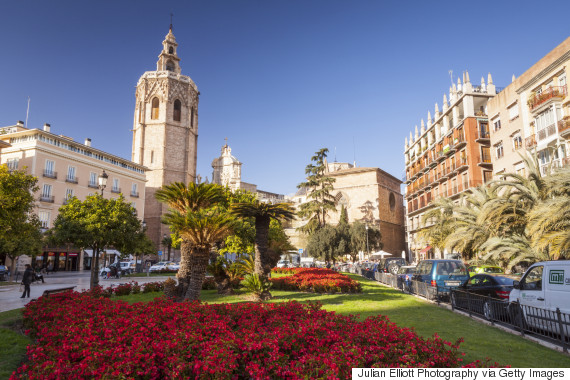 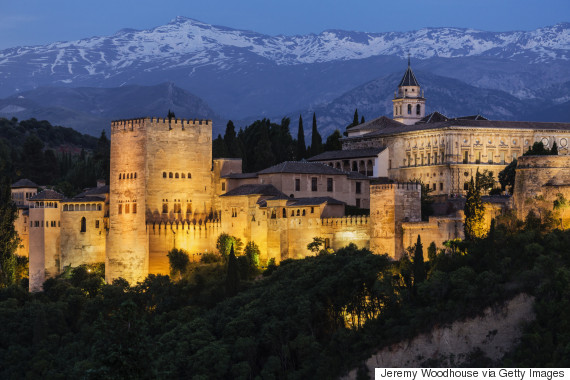 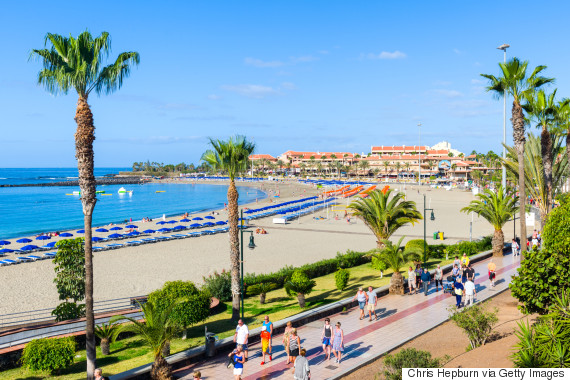 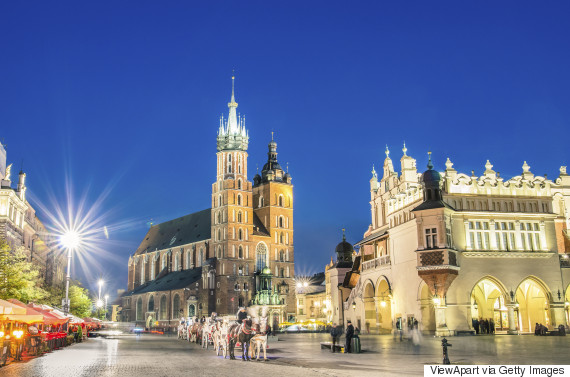 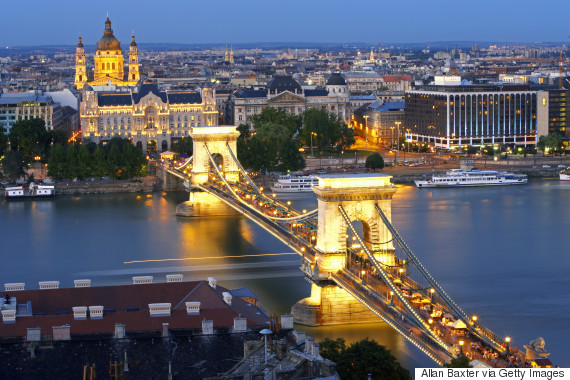 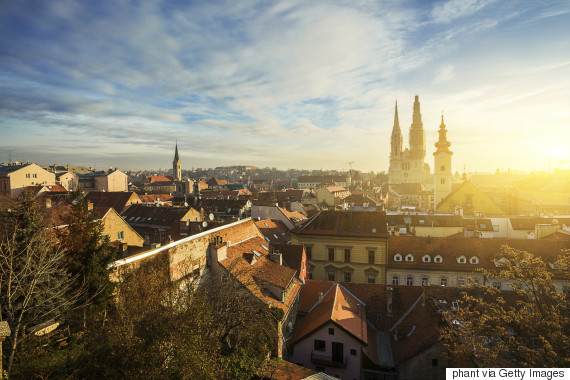 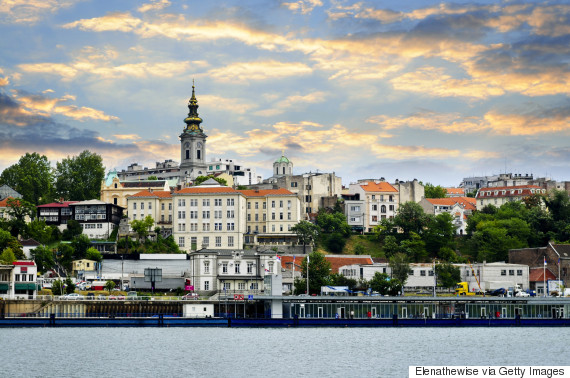 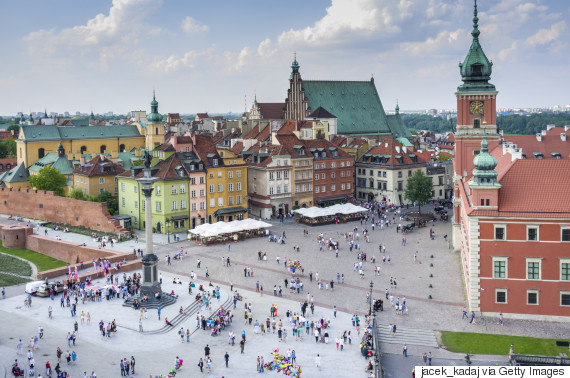 With its snow-covered peaks, café-lined town square, and red-hot après-ski scene, this mountain resort in northern Sweden is the Aspen of Scandinavia. There are more than 100 powdery ski runs, or you can navigate the slopes by snowmobile or dogsled: Explore Åre and Camp Åre are two top outfitters that can arrange tours. After dark, a lively crowd congregates over pints of Swedish Brekeriet beer at Hotel Fjällgården, where DJs keep the place thumping late into the night. For a quiet evening, curl up with a mug of glogg in one of the candlelit nooks at Thyras Salong, in the Tott Hotel. A five-minute walk away, chef Markus Aujalays runs Fjällpuben, a cozy restaurant with a farmhouse feel that serves dishes like tender elk carpaccio with currants and pickled beets. You’ll find several sophisticated hotels in town, but for a true northern adventure, consider spending a night at Igloo Åre, where the beds are made of packed snow covered in plush sleeping bags and reindeer skins, and private guides lead early morning snowshoe hikes. If the thought of ice blocks leaves you cold, there’s the new wood- and-glass Copperhill Mountain Lodge by American architect Peter Bohlin, a high-design ski-in, ski-out chalet with huge stone fireplaces, furnishings by the likes of Tom Dixon and Patricia Urquiola, and spa “tee-pees” that pay homage to the region’s indigenous Sami tribe. Book a Samezen massage, which uses warm stones and plant extracts, then take in the mountain views from a natural hot-spring-fed pool. —Ingrid K. Williams

You don’t come to this tiny village in the Swiss Alps to ski. Instead of perfectly groomed pistes, you’ll find a wonderland for design buffs. Built from sparkling gray blocks of Vals quartzite, Pritzker Prize winner Peter Zumthor’s austerely beautiful Therme Vals houses a warren of steamy hammams and flower-strewn pools. Last fall, the on-site hotel was rebranded as the 7132 Hotel, with furniture by Fritz Hansen and Eero Saarinen, a restaurant that serves dishes like Öra salmon with beets and spinach, and new rooftop suites designed by Japanese architect Kengo Kuma. If your taste tends toward fewer hard surfaces and right angles, the four-room Brücke 49 embodies the distinctive Danish ethos of hygge, or coziness, but with some Midcentury-inspired flair: Finn Juhl chairs, 1960s Le Klint lamps, Vola showers, and William Morris wallpaper. Do as the locals do and earn your fondue with a 45-minute hike from the hotel along farm roads to Restaurant Ganni, an 18th-century timber mountain lodge. After a pot of silky cheese spiked with ginger, porcini, or traditional kirsch, throw back a vieille prune (cask-aged plum brandy) digestif to fortify you for the walk back down. —Adam H. Graham

Jutting west into the North Atlantic Ocean, the Snæfellsnes peninsula is Iceland at its most stunning: moss-blanketed lava fields, misty fjords surrounded by craggy cliffs, and a towering volcano crowned with a glacier that dates back to the Ice Age. Do it as a road trip, starting with a night at the fire-engine-red Hotel Egilsen, in the tiny fishing town of Stykkisholmur. The inn’s 10 cozy rooms have a New England vibe, decorated as they are in light blues and greens, and original sketches of local landmarks by Icelandic artist Tolli line the walls. Across the street, Narfeyrarstofa, with its doilies and lace curtains, may look like someone’s grandmother’s house, but the restaurant serves the best lamb stew in town. It’s about an 80-mile drive around the tip of the peninsula—past waterfalls and golden beaches—to Hotel Búðir, the region’s game-changing property. The 17th-century trading post turned 28-room lodge is a destination in itself, with views of the Snæfell glacier or bay from every window, sitting areas with deep leather sofas and scores of old National Geographics to flip through, and a lobby bar with one of the country’s largest whiskey collections. If you’re looking to knock the northern lights off your bucket list, you’re in luck: an overnight concierge will wake you up for the show. —Brooke Porter Katz

Once a popular spa getaway for well-heeled Londoners, Cheltenham fell out of favor with the rise of its trendier neighbors Daylesford and Chipping Norton. But with the opening of No. 38 The Park, the historic town in the northern Cotswolds is back in the spotlight. The brainchild of Sam and Georgie Pearman, the Regency building has 13 bedrooms, elegantly done with reclaimed-wood tables, freestanding Victorian bathtubs, and David Hockney prints. For dinner, make your way to sister property No. 131, where locals gather in a buzzy, low-lit dining room for regionally sourced dishes. Beyond the hotel, there’s plenty to explore, including the housewares and antiques shops in the neighborhoods of Montpelier and Suffolk. Don’t miss Guild at 51, full of handmade textiles and silverwork. Or tour the recently renovated Wilson, an art space showcasing both British Arts and Crafts and emerging artists. For lunch, Purslane serves a standout Cornish pollack with wood-roasted celeriac and chanterelles; come nighttime, it’s all about Daffodil, an Art Deco–style restaurant and bar known for its martinis and live jazz. —Sarah Miller

Bernard Arnault, the CEO of LVMH, is not known for taking foolish risks. So when he decided to give the hotel business a try with the ultra-luxe Cheval Blanc Courchevel, he set his sights on Courchevel’s most glamorous zip code, Le Jardin Alpin. Its north-facing slopes are among the best, its network of ski lifts the most efficient, and its habitués the most monied in all of Europe. With Arnault’s imprimatur and designer Sybille de Margerie’s bright, futuristic interiors, the property was a big- enough deal to lure chef Yannick Alléno from Paris’s Michelin three- starred Le Meurice to open Le 1947, where traditional French dishes get a modern spin. Just up the mountain, L’Apogée Courchevel bears the dual stamp of Parisian designers India Mahdavi and Joseph Dirand. The 55 timbered rooms and suites are surprisingly casual, decorated in a burgundy, green, and gingham palette, while the two chalets have log fires, perfect for curling up beside after a long day on the mountain. Courchevel’s equally polished town center is lined with high-end boutiques, including Isabel Marant and Ski Dior, and the bakery Maison Braissand is an essential stop for its buttery pain au chocolat. —Alexandra Marshall

Most visitors who come to the jagged, skyscraping peaks of northeastern Italy stay at a traditional hotel in the Badia Valley. But Adler Mountain Lodge is luring more design-inclined skiers to the lesser-known Alpe di Siusi region to the west. The main building has 18 rooms, with spare pinewood interiors, floor-to-ceiling windows, and décor inspired by the owners’ trips to Africa—a totem pole here, a carved wooden eagle there. You’ll also find 12 stunning terraced villas resembling ancient Tyrolean huts. Surrounding the property are more than 220 miles of hiking and cross-country ski trails dotted with traditional baitas (stone-and-wood houses) selling steaming cups of hot cocoa. Ask the concierge to arrange a one-hour trek that ends with lunch at Gostner Schwaige, where Franz Mulser serves his signature hay soup, a hearty mix of vegetable stock, cream, butter, and boiled hay in a bread bowl. There’s little reason to leave the area, but it’s worth taking the short cable car ride to Santa Cristina village to see the town square glow with holiday lights. —Valerie Waterhouse

Deep in the Ardennes on a woodsy bend of the Semois River, this medieval town has become increasingly popular with naturalists who come for fishing and foodies who come for the bone-warming Belgian food. Set out for an invigorating walk up a hill to 13th-century Bouillon Castle, armed with treats from the abundant local bakeries and chocolate shops. And book your stay at Hotel La Ferronnière, an ivy-covered 19th-century Tudor mansion surrounded by gardens and known for its earthy cuisine: wood mushroom cassolette, Ardenne ham with cream, and lobster with vanilla and tobacco. The husband-and-wife owners added a wellness center with saunas, a hammam, and a Jacuzzi in 2010—followed by spacious spa suites with terraces that overlook native beech wood and hazelnut forests. —Adam H. Graham