Sam Malone and Diane Chambers may have had their fair share of tension as an on-again off-again couple on "Cheers," but 30 years later, Ted Danson (Malone) thinks Shelley Long (Chambers) has everything to do with the show's success.

"You really put us on the map," Danson told Long at the "Cheers" 30th Anniversary Reunion Dinner, according to "Entertainment Tonight." "And this is not my opinion. This is everybody's. We hadn't seen a character like Diane Chambers for years ... You really put 'Cheers' on the map with your astounding performance."

Long took home an Emmy for her performance on the sitcom, with the series earning a total of 28 Emmys over the course of its 11 seasons. 'Entertainment Tonight" had exclusive behind-the-scenes access to the "Cheers" Reunion Dinner, which took place on Sat., Oct. 6. and was hosted by the show’s creators, James Burrows, Glen Charles and Les Charles. Danson, Long and their "Cheers" co-stars Kirstie Alley, Shelley Long, George Wendt, John Ratzenberger, Bebe Neuwirth and Rhea Perlman were in attendance.

"I was not looking for a sitcom, because the philosophy at that point was that you had to make a choice: Were you going to do movies or TV? You couldn't cross over," Long told GQ according to the magazine's "Cheers" oral history. "Then this script came along, and it was the best TV script I'd ever read."

PHOTO GALLERY
&#039;Cheers&#039; Cast: Where Are They Now
Download
Calling all HuffPost superfans!
Sign up for membership to become a founding member and help shape HuffPost's next chapter
Join HuffPost 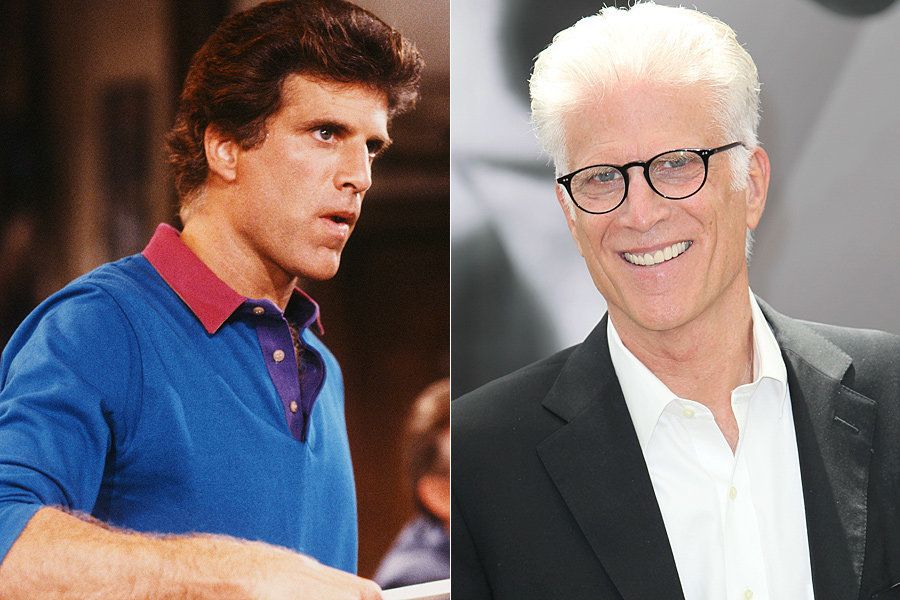 1 / 16
Ted Danson (Sam Malone)
Though he made appearances in numerous TV shows and commercials throughout the '70s and '80s, the role of gruff but lovable Sam Malone was truly Ted Danson's breakthrough role. The womanizing former baseball player-turned-bartender was part of one of TV's most iconic on-again-off-again couples with Shelley Long's Diane, and the character won Danson two Emmys and two Golden Globes throughout the show's 11 season run. After "Cheers" ended in 1993, Danson would go on to reprise the role in cameos for spinoff "Fraiser," "The Jim Henson Hour" and "The Simpsons." In 1996, he and wife Mary Steenburgen co-starred in CBS' short-lived sitcom "Ink" and an adaptation of Gulliver's Travels, before Danson went on to find success in the titular role on CBS' "Becker" in 1998. Danson has made multiple appearances on Larry David's "Curb Your Enthusiasm" since it began in 2000, and after "Becker" ended, his next major role came in Season 1 of legal thriller "Damages," where he played Arthur Frobisher, a corrupt billionaire and foil for Glenn Close's Patty Hewes. Danson then joined HBO's "Bored To Death" as scene-stealing George Christopher. When that show ended in 2011, Danson joined "CSI: Crime Scene Investigation," where he can currently be seen playing D.B. Russell, the new night-shift supervisor since Catherine Willows (Marg Helgenberger) stepped down.
NBC / Getty Images