Would you care for some cheese on your donut? If you do, hit up KFC locations in Indonesia, which recently introduced a donut topped with a mixture of shredded Swiss and Cheddar cheese.

Cheese-topped donuts may seem odd to Westerners, but at least one other Indonesian dessert is made with cheese: murtabak, a pancake of chocolate and cheese. 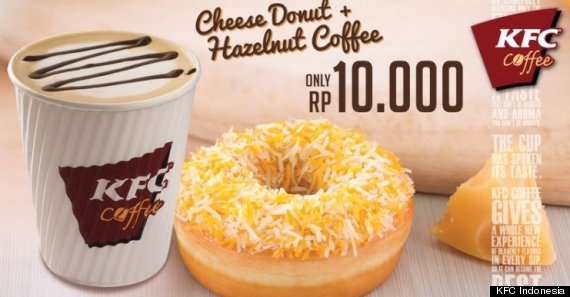