It's hard to believe, but Comedy Central staple "South Park" is turning 15 this year. The beloved series has exploded in popularity since its early construction paper days, but creators Matt Stone and Trey Parker haven't forgotten how they got this far: the fans.

Now Comedy Central is paying tribute to loyal watchers of "South Park" with the "Year Of The Fan," a year-long celebration including an "Ultimate 'South Park' Fan Experience" at Comic-Con, a behind-the-scenes TV documentary, a surreal art exhibit, interactive features on SouthParkStudios.com and new official merchandise.

Speaking of merchandise, the most interesting component of this interactive marketing strategy has to be Cheesy Poofs -- Eric Cartman's signature snack -- coming to a shelf near you.

Yes Cheesy Poofs (which, let's face it, are just puffed Cheetos) are actually getting made by Frito-Lay and will make their debut this week at Comic-Con in San Diego. After that, the snacks will be on the market for a limited time starting August 28 in Wal-Mart stores nation-wide. They will sell for $2.99 a bag.

Will you be trying to get your hands on this fictional snack come fall? See a preview image of the bag courtesy of Comedy Central below, and tell us what you think in the comments. 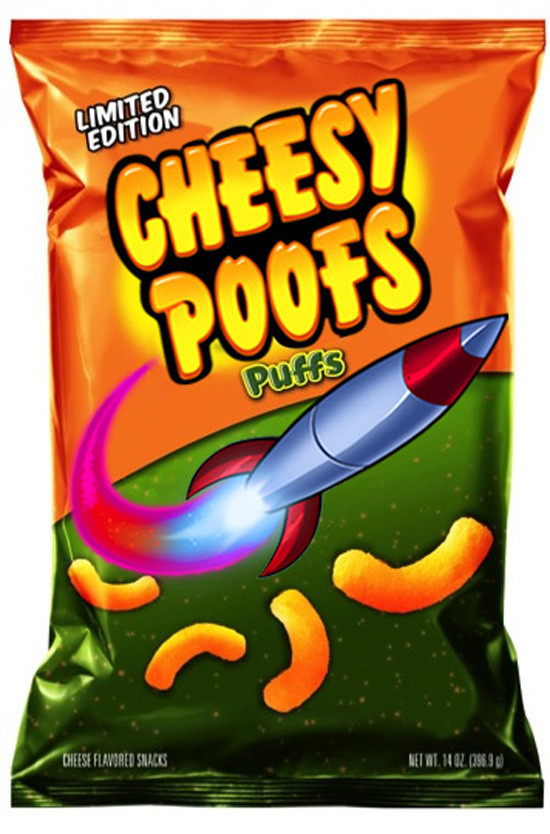