A major conservation group is urging environmental leaders to list cheetahs as an endangered species, warning that populations of the big cats have crashed dramatically across the African continent in just a few decades.

Only 7,100 cheetahs, the world’s fastest land animal, are left in the wild, according to a new report released Monday by the predator conservation group Panthera, the Zoological Society of London and the Wildlife Conservation Society. Those few remaining populations have been forced to live in just 9 percent of the species’ historic range in pockets of Africa and a small region in Iran as protected areas dwindle in the face of human expansion.

Environmentalists say the cats have, in many ways, slipped through the cracks of conservation in the face of other great animal crises, like those of African elephants, rhinos and lions.

“They tend to be less persecuted than species like lions, and in some sense that might’ve given us some sense of complacency,” said Luke Hunter, president and chief conservation officer for Panthera.

Cheetahs are currently listed as “vulnerable” on the International Union for Conservation of Nature red list, which monitors animal population numbers. But Panthera has called for the cats to be up-listed to an “endangered” designation as soon as possible, pointing to recent losses in areas that were home to most of the animals.

The report found 77 percent of cheetahs live not in large national parks, but elsewhere in what it calls non-protected areas mostly stretching across a band of six countries in southern Africa. The cats require massive stretches of land to roam and hunt, often more than 1,000 square kilometers. But these non-protected areas are also home to far more threats than national parks, including hunting, retaliatory killing from farmers and the illegal wildlife trade.

“Given the secretive nature of this elusive cat, it has been difficult to gather hard information on the species, leading to its plight being overlooked,” Sarah Durant, a lead author of the study who works with the Zoological Society of London and WCS, said in a statement. “Our findings show that the large space requirements for cheetah, coupled with the complex range of threats faced by the species in the wild, mean that it is likely to be much more vulnerable to extinction than was previously thought.”

Hunter said the new report reflects this growing scourge of threats, which could further decimate cheetah populations within a few generations, citing a recent count in Zimbabwe that saw a population of 1,200 animals in 1999 collapse to just 170 last year.

Almost every other big cat is faring just as poorly. Lion populations are expected to plummet by more than half in the next two decades without severe conservation efforts. Scientists have said leopards are perilously close to a similar future. And there are more tigers in captivity in the United States than there are in the wild.

But Hunter stressed the cheetah is in a unique position to recover with serious conservation efforts due in large part to the animals’ ability to adapt in areas outside of government protection.

“They can exist in areas outside of protection ― they’re a limited danger to livestock, they’re not considered dangerous by most people,” he said. “We need to come back to the potential of cheetahs to coexist with people.”

The IUCN updated its list of threats to big cats just last year, but Hunter said the newest data should urge the group to reassess the cheetah’s status.

“There’s so much potential in turning the tide, when human pressure is taken off, they bounce back,” Hunter said. “They bounce back really well.” 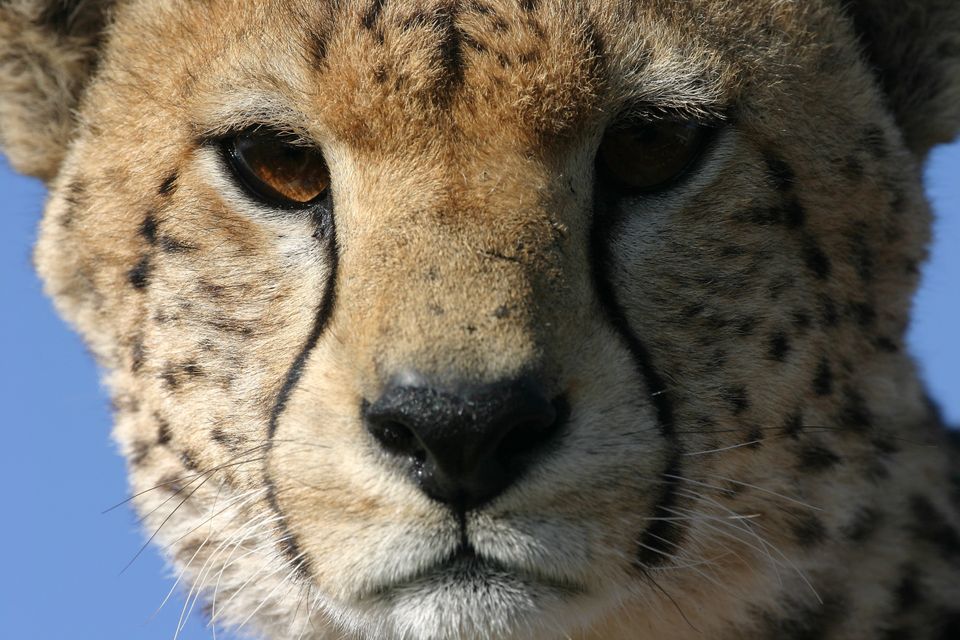 1 / 11
A Cheetah pictured during one of the Institute of Zoology's Field Conservation projects in Tanzania, 2005.
Zoological Society of London