Reading the nutrition facts at many chain restaurants can be alarming. Oversize portions lead to meals that contain well over 1,000 calories per serving, and often there's enough saturated fat and sodium in these dishes for more than a full day's requirement for the average American. While the new health bill has mandated that restaurants include nutrition information on their menus, this won't extend to every restaurant. Even so, the research is mixed on just how much of an impact this will have on the expansion of America's waistline.

Chefs can play a role in the fight against obesity, but few chefs have the knowledge or training to create healthier options. Like physicians, their training doesn't focus on nutrition, and up to now there has not been good information on their attitudes toward whether what they cook is healthy or not. Dr. Julie Obbagy and her colleagues at Clemson and Penn State surveyed 432 chefs at culinary meetings about their opinions and strategies regarding creating reduced calorie meals and how they might incorporate these into their menus. The results are encouraging.

Chefs cited a low customer demand as the greatest obstacle to overcome in changing their menus. Thirty-eight percent of chefs felt that this was a problem while 24 percent believed that special training would be necessary for their staff. About one-fifth of the respondents were concerned that ingredient costs would be higher.

While 71 percent felt that taste would be the most important factor in success of a reduced calorie dish, 93 percent of the chefs believed that the calories could be reduced by 10 percent to 25 percent without customers noticing. This is great news, but the good news gets better.

The researchers at the Department of Nutritional Sciences at Penn have shown in previous work that changing recipes can have a powerful impact on people's calorie consumption. In one of their studies they showed that reducing the calorie density of recipes resulted in participants eating 575 fewer calories per day without feeling deprived or even noticing that the foods had fewer calories than they were used to. For most people that translates to one-half to one pound per week of weight loss, which is the kind of weight loss that stays off.

While the chefs did feel that cutting calories was doable, far fewer of them felt the same about portion size. The research says, however, that reducing portion size is something that diners don't mind as much, and the result can be even more dramatic with folks eating 812 fewer calories when both the recipes are less calorie dense and the portion size is only 25 percent smaller.

Changing restaurant menus can be a big step in fighting obesity. Dr. Obbagy and her team sum this up best in their report: "Ongoing collaboration is needed between chefs and public health professionals to ensure that appealing reduced-calorie menu items are more widely available in restaurants."

You can find Nutrition Information and reviews of chain restaurants on DrGourmet.com: Eating Healthier at Fast Food and Chain Restaurants.

Just Tell Me What to Eat!: The Delicious 6-Week Weight Loss Plan for the Real World
by Timothy S. Harlan MD 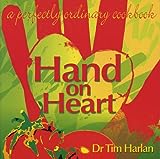