Chelsea Clinton said Wednesday she has no current plans to run for Congress, but conceded she doesn’t rule out such a career path in the future.

The former first daughter filled in for Joy Behar on “The View” and was asked about rumors that she may run to replace retiring New York Democratic Rep. Nita Lowey, whose district includes much of Westchester County.

Clinton said she is not considering running for Lowey’s seat, but didn’t dismiss going into politics someday.

“I don’t know, but right now the answer is no,” she said.

She also said it’s a question she’s been asked frequently ― even when she was a youngster.

“I understand why people are asking, and someone has asked me some version of this question for literally as long as I can remember,” Clinton said. The 39-year-old added, “One of my earliest memories is being 3 or 4, and someone asking, ‘Are you going to run for governor of Arkansas one day?’”

Although Clinton’s father, Bill Clinton, was a two-term president after serving as Arkansas’ governor for many years and her mother, Hillary Clinton, served as a senator from New York and was the 2016 Democratic presidential nominee, Chelsea Clinton said she wished the question wasn’t just asked of kids of politicians.

Referring to “The View” co-host Abby Huntsman, whose dad is former Utah governor Jon Huntsman, she said, “I share that because it’s a question that shouldn’t just be asked of someone whose last name is Clinton or Huntsman. Ask kids, young people, women, and I hope that if the answer to that question is yes, I’m considering it.” 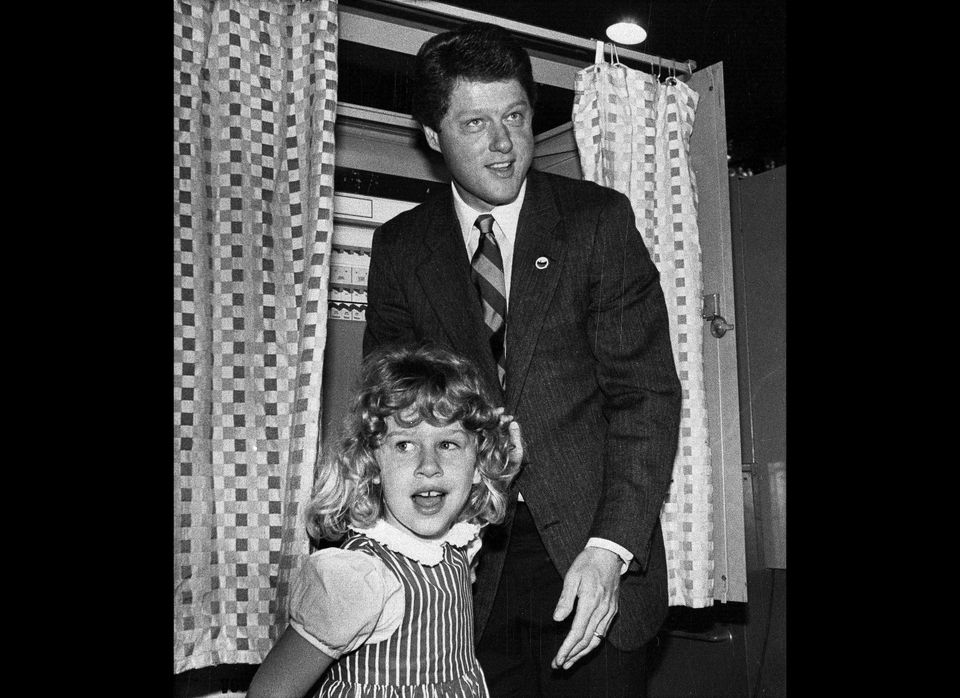