Chelsea Handler's Playboy cover has been revealed (scroll down below the video for a full photo). Handler, 34, graces the December issue and poses fully naked inside.

The cover, which Handler had not seen, was revealed to her and to the world on Leno Wednesday night. First the two shared barbs - Handler called him 'exactly like David Letterman' when he said she needs a guy to tell her no, while Leno poked fun at Handler's boyfriend's age, saying he got the cover by calling Hefner, 'cause he and Ted went to school together.'

With that, a huge blowup of the cover, which features Handler in a bikini and over-the-knee boots, was dropped from the ceiling.

Handler said she quit drinking for 'like a day and a half' to prepare, and she works out anyway, so that didn't change. 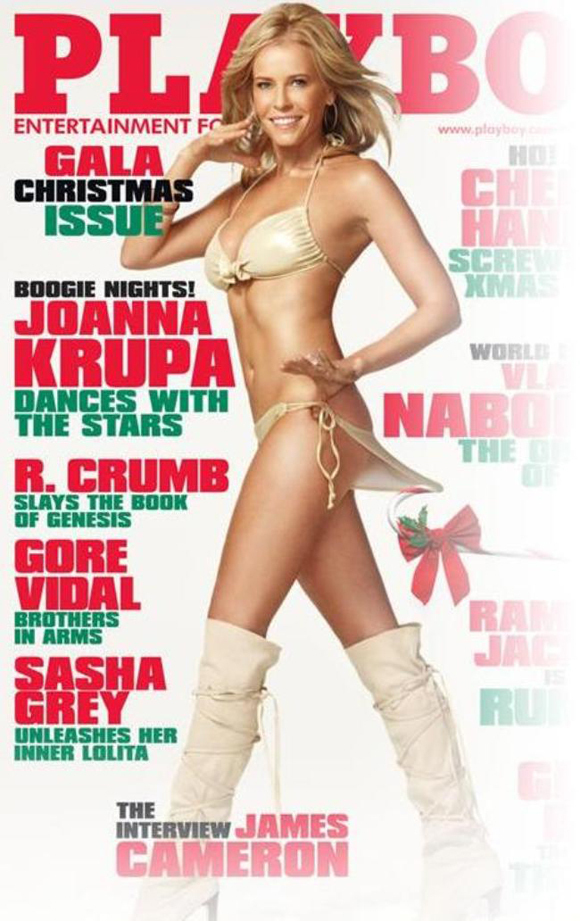