WASHINGTON -- A federal working group released a report Friday that details how the government can improve chemical plant safety and security, more than a year after the deadly explosion at a West, Texas, fertilizer plant.

The proposals were submitted to President Barack Obama, who directed federal agencies to suggest changes after the April 2013 explosion, which killed 15 and injured several hundred others. The Environmental Protection Agency, the Department of Labor, the Department of Homeland Security, and related agencies submitted potential proposals to the administration in January. Friday's report builds on those suggestions and proposes actions that would improve community preparedness, improve data management, and update federal policies and regulations.

The report lays out timelines for implementing the proposals, and includes specific ways to improve handling of ammonium nitrate, the chemical that caused the Texas blast. There are short-term suggestions, to be undertaken in the next year, and longer-term term solutions, to be implemented by the end of 2016.

Environmental, health, labor, and social justice groups have been calling on the administration toughen standards on chemical facilities, which they say are necessary to protect both workers and the communities near plants. Many have been pushing for the proposal to include stronger regulatory encouragement for companies to switch to chemicals that pose lower risk.

Rick Hind, the legislative director at Greenpeace, said in an interview earlier this week that he hoped the proposal would include measures requiring facilities to "utilize chemicals that are less toxic, less likely to explode, less likely, if they do escape, to pose harm to the communities nearby." Instead, the proposal calls for "voluntary guidance to make chemical operators aware of safer technology, processes, and alternative solutions."

The Coalition to Prevent Chemical Disasters, which represents a variety of groups advocating for improvements, issued a statement calling for the administration to prioritize measures that "put prevention first" as it moves forward.

"While we are pleased the Working Group report included some of the recommendations made by the most endangered communities and workers, if the Obama Administration is serious about protecting workers and communities, the president must stand up for prevention requirements that include safer chemicals and processes," the Coalition said in a statement Friday. "The people of West, Texas deserve better than the voluntary half-measures in today's report."

Environmental justice advocates, too, had been calling for a strong proposal, arguing that it will bring the most benefits for people who live near the factories, who often are low-income residents and people of color. "I think it's very important and crucial that we get something that is really going to the heart of strengthening this prevention piece," said Dr. Robert Bullard, dean of the School of Public Affairs at Texas Southern University, known as the father of the environmental justice movement.

"Many of us have been making this argument for a long time, that there's a need for systematic improvements around high-risk chemicals," said Gerald Poje, a former member of the U.S. Chemical Safety Board, which investigates disasters. "We have to become more pro-active."

The working group that produced the proposal said in a statement Friday that the report is "a milestone, not an endpoint."

"While the report describes many activities already undertaken to improve chemical facility safety and security, it also makes clear that much additional work is necessary to implement the consolidated action plan," the working group said.

PHOTO GALLERY
Victims Of The West, Texas Explosion
Voting Made Easy
Register to vote and apply for an absentee ballot today
Register now 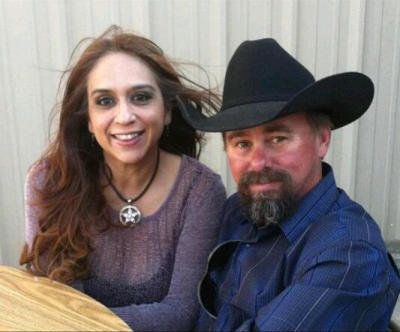 1 / 10
William "Buck" Uptmor
Uptmor, 45, owned a fence-building business and was supposed to start a job at a nearby ranch soon. Among other projects, Uptmor's company built the local cemetery's fence, said Bill McKown, a retired school superintendent from Abbott, Texas, a town six miles from West. "He was always busy," building fences, McKown said. "Because he was very reliable." He is survived by his wife of 13 years, Arcy Uptmor (pictured), his parents, two sons, a daughter, a grandmother, a brother, a sister and several nieces and nephews. (AP)
AP