When you hear the word chemotherapy what immediately comes to mind? Cancer. Bald. Nausea. Vomiting. Infusions. Sterility. Bone Pain? Upon hearing that word, most people jump to the same conclusions, with the same general consensus on how chemo works, who receives it, and what side effects it has on the body. The truth is chemotherapy isn't only for cancer patients, and affects each patient differently depending on how it is used.

Chemotherapy is a widely used class of drugs to treat many different disorders including, but not limited to: cancers, blood disorders, and a plethora of autoimmune diseases. Similarly it can be administered in many different forms: intravenously, topically, injected, or received orally. Each chemotherapy affects patients individually depending on the of type of chemo and the dose given. While many cause hair loss, sterility, and nausea, others do not. This does not mean however, that the drug being received is not a chemotherapy agent.

All chemotherapies work to eliminate the growth of rapidly dividing cells in the body. Some do this by directly damaging DNA, interfering with DNA building, while others simply alter the DNA in a way we do not quite yet understand. The different types and dosages of chemo given are decided by your physician who can determine what the patient will benefit from most.

Lately there has been stir in the media about a young singer named Selena Gomez battling an autoimmune disease called lupus. Selena stated in a recent Billboard magazine interview that she has "been through chemotherapy." This statement was met with backlash from every corner of the internet with comments such as: "Chemo is only for cancer," and "You cant be on chemo if you still have hair!" Upon reading these comments I was baffled by what little knowledge the general public had on the effects and uses of chemotherapy! Chemotherapy agents are widely used in the autoimmune disease world in both low doses: to help control the over active immune system, and in high doses: to completely destroy the immune system when a patient presents serious organ involvement. Just as in cancer patients, the chemotherapy prevents the rapid division of cells in the body creating the disease; in this case the chemo abolishes the rapidly dividing immune cells causing the inflammation and damage. Even in patients like Selena, who don't necessarily have any visible symptoms, chemotherapy still takes its toll on the body, and is a highly dangerous drug. At low doses the patient may experience nausea, malaise, exhaustion, minor hair loss, mouth sores, and possible damage to ones reproductive system. They may receive their allotted chemotherapy dosing through weekly pill or injection -- though you would never know it. 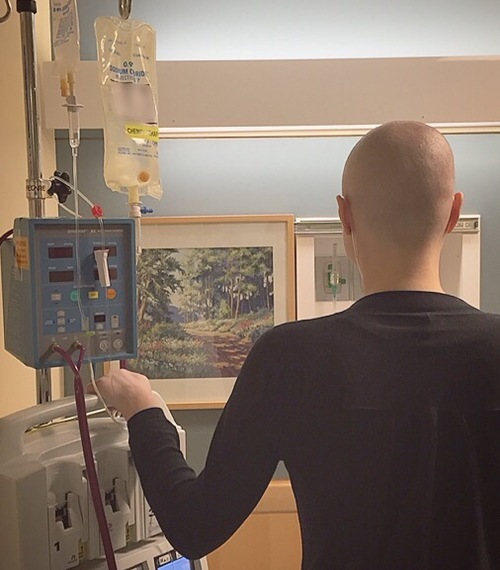 As an autoimmune disease patient myself suffering from systemic sclerosis (scleroderma), lupus, and vasculitis, I have undergone both low, and high dose chemotherapy. I received weekly injectable low dose chemotherapy for two years, and a weekly pill form for another year after that. At that low dosing I had significant hair thinning, (including my head, eyelashes, and eyebrows) nausea and fatigue a few days following the injection, and damage to my fertility. Most people around me had no idea I was getting weekly chemotherapy, but I was. No matter how low the dosing, the class of drug and what it does for the body doesn't change, simply the side effects are lessened. Chemotherapy is chemotherapy no matter how you receive it, or how much.

Since I now have serious organ involvement with a fatal prognosis I have been moved to the higher intravenous dosing of chemo, one that the society acknowledges due to its obvious side effects. I have lost all of my hair, become sterile, and spent long nights in nauseated misery in the attempt to abolish my malfunctioning immune cells. I must follow this regimen every 28 days for the next year, then be switched back to the low dose weekly chemo for the rest of my life. Chemotherapy never ends for autoimmune patients like myself.

No, I do not have cancer, but I am going through chemotherapy.
For some reason the general population cannot seem to comprehend this. They believe chemo is somehow not "real chemo" if it isn't attached to a cancer diagnosis. This is absolutely inaccurate. Our IV bags are brought into the room in the same yellow Hazardous Material Bag, labeled with the same large block letters that read "CHEMOTHERAPY" in all caps, by a nurse who must wear protective gloves when hanging the drug -- just as a cancer patient. 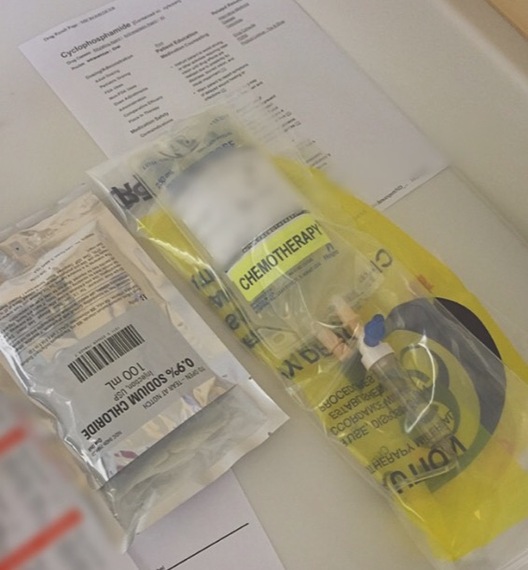 Again, the fact of the matter is chemotherapy is chemotherapy. Please do not demean patients going through such an aggressive, and life altering treatment if you truly have no knowledge on the situation. The disease you are receiving the treatment for makes no difference to the actual class of drug, and certainly doesn't make chemotherapy any less "real" -- just ask any patient receiving it. Yes, in the lower doses you will receive far less of the harsh side effects, much less than the typical cancer patient, but that doesn't mean you aren't receiving chemo. You are simply obtaining a dosage that the world is not familiar with, such as Selena received.

Every patient receiving chemotherapy has a heavy load on their shoulders whether it be for cancer, lupus, scleroderma, MS, PNH, or any other illness.
We are all warriors just trying to win back our bodies.

Don't Treat Juneteenth As Another Day Off. Do This Instead.