The V Festival proved to be a most unenjoyable experience for Cher Lloyd. The former "X Factor" contestant was booed off the Hylands Park stage and struck by a bottle that was filled with urine.

"It's hard enough being up here, but it's not nice having bottles of piss chucked at you," the singer told the crowd.

After her set, she took to Twitter to make it clear that only a few audience members were acting out of turn.

Thank you so much for all the nice messages, shame that a couple of people had to ruin it, unfortunately a glass (cont) http://t.co/FfWtq9Nq

In an October 2011 interview with the Daily Star, Lloyd said she once questioned whether or not to continue making music. "I know people think I'm a b--ch but they don't realize I put on a massive front," she said. "When I go home and close the door I break down, phone my mum and dad and cry. I got to the point when I thought, 'Why am I doing this?'"

Lloyd admitted that she had a lot of detractors. "I'm getting sh-t off everyone and I'ms cared to even go out of my front door."

Video of Lloyd's performance is available above. The V Festival, which takes place simultaneously at two parks, was headlined by The Killers and The Stone Roses. Noel Gallagher's High Flying Birds, Tom Jones, Madness and Snow Patrol also performed. Nicki Minaj was slated to perform but pulled out on account of a vocal chord injury. 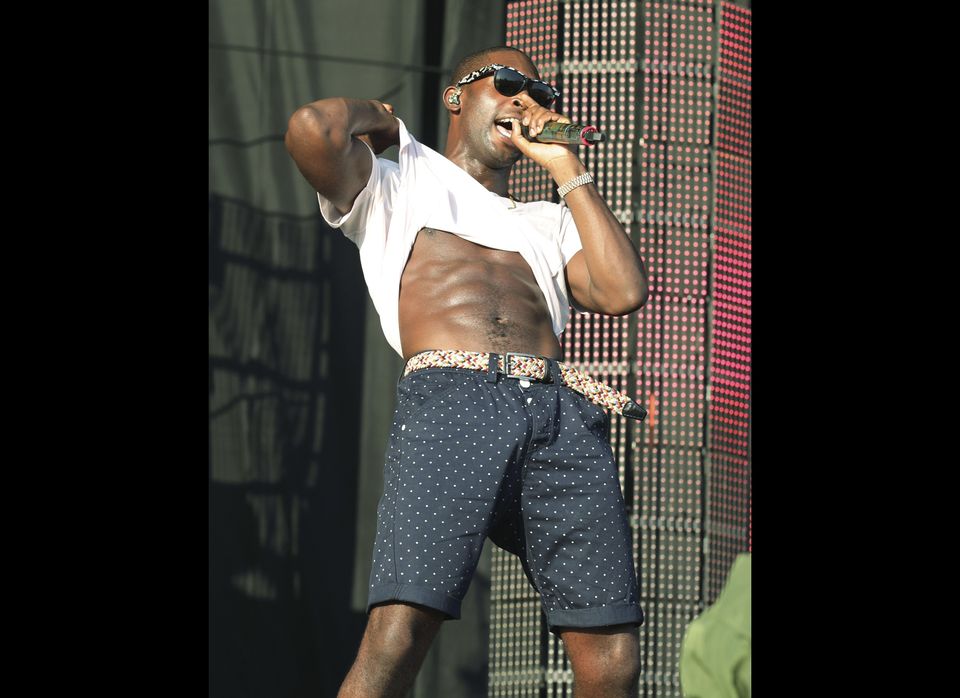