A registered sex offender pleaded not guilty Sunday to the the murder and kidnapping of an 8-year-old girl who disappeared from Walmart.

Donald James Smith, 56, is accused of abducting Cherish Lily Perrywinkle Friday night from a Walmart in Jacksonville, Fla. The girl's body was found the next morning in a wooded area near a church in the same city.

Smith was denied bail, First Coast News reported. His court-appointed attorney, Fred Gazaleah, admitted that there was never a chance Smith would be released. "Not on this charge," he said.

Perrywinkle's mother, Rayne Perrywinkle, told Action News Jax that she was shopping at the Dollar General around 7 p.m. with Cherish and her two younger children when Smith befriended them. The mother had been telling her daughter she would have trouble affording a new dress for her when Smith offered to help.

Cherish wanted the outfit for an upcoming visit with her father.

“[Rayne Perrywinkle] was trying to make sure her child was presentable, her child looked good to see her daddy,” victim advocate Ann Dugger told Jacksonville.com. “You don’t have the money. You don’t have the wherewithal, and somebody comes up and offers to help.”

Rayne Perrywinkle said Smith claimed his wife had a Walmart gift card that they could use to buy food and clothing. Smith and her three children rode in Smith's van to Walmart to meet his "wife." The mother admitted she felt something was "creepy" about Smith while riding in the van, and said he started following the family around once they got there.

Shortly before 11 p.m., she says, Smith said he was going to the McDonald's inside the Walmart store. The mother says she did not realize that Cherish went with him.

She called police at around 11 p.m. to report Cherish had vanished with the man.

Smith's next court date is July 16. 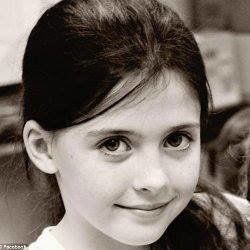