It has been nearly 27 years since the meltdown at Chernobyl, the world's largest nuclear accident, yet the area still has pockets of surprising radioactivity.

There may be no better evidence of this than a YouTube video produced by Carl Willis, a nuclear engineer with a delightfully disconcerting hobby: poking around radioactive sites with a Geiger counter and documenting his encounters. In a video from 2011, Willis explores Chernobyl's Number 5 reactor, eventually finding a "hot spot" he traces down to a tiny speck no larger than a grain of salt.

After some rudimentary tests, Willis concludes the small particle is a fragment of spent nuclear fuel, likely ejected in 1986 when the Number 4 reactor exploded.

In an email to The Huffington Post, Willis said that, despite its radioactivity, the particle didn't present an immediate health hazard, so long as he kept a distance from it. "You would not want to eat or breathe this particle," he cautioned. "Outside your body, it's a non-issue though."

"Most people don't get to fool around with spent nuclear fuel," he added.

How well does this radioactivity represent the ongoing crisis at Japan's Fukushima Daiichi, the world's second-largest nuclear disaster? According to Willis, not all that well.

Put simply, he says, "the Fukushima accident happened in a very different way from Chernobyl. ... [Y]ou will not find chunks of fuel around Fukushima." Additionally, he notes, "Understanding of Fukushima is still evolving. Indeed, the situation there itself is still evolving."

WATCH the video, above. 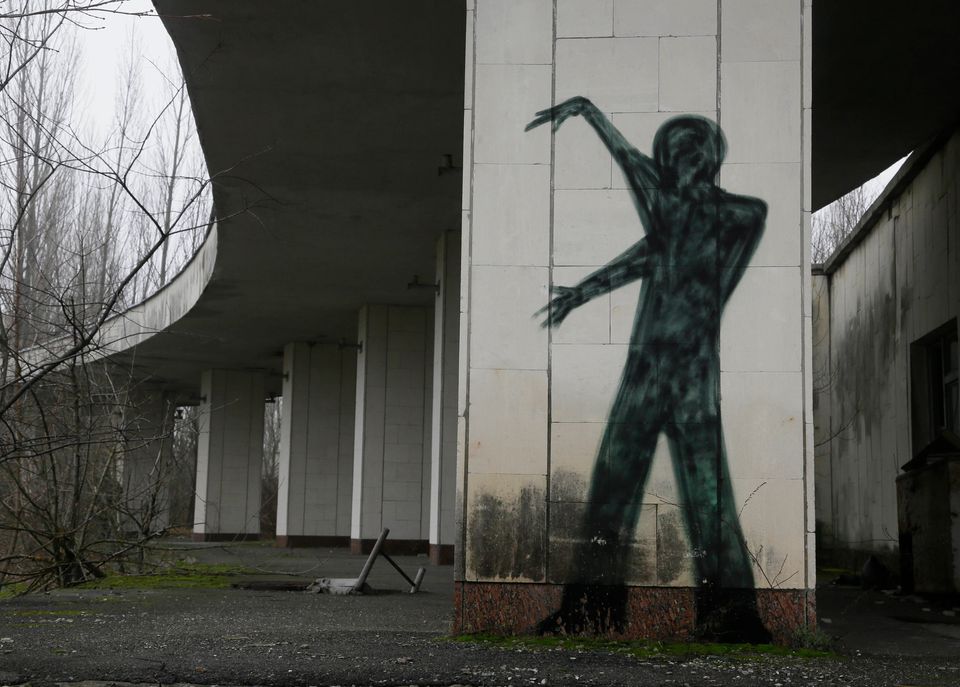 1 / 20
A view of an underpass in the deserted town of Pripyat near the closed Chernobyl nuclear power plant Ukraine Tuesday, Nov. 27, 2012. Workers on Tuesday raised the first section of a colossal arch-shaped structure that is eventually to cover the exploded reactor at the Chernobyl nuclear power station. Project officials on Tuesday hailed the raising as a significant step in a complex effort to liquidate the consequences of the world's worst nuclear accident, in 1986. (AP Photo/Efrem Lukatsky)
AP