The explosion led to a fire that burned for 10 days, forcing some 300,000 people from their homes. Meanwhile, radioactive material spread across much of northern Europe.

Though just two workers were killed in the initial blast, conflicting numbers suggest a far greater death toll in the days, months and years that followed the explosion.

A Greenpeace report in 2006 suggested that the full health consequences of the Chernobyl disaster could top a quarter of a million cancer cases, with nearly 100,000 being fatal.

Last year, the Union of Concerned Scientists, a nonprofit watchdog, suggested that the number of excess cancer deaths due to radiation from the accident will be near 25,000 -- six times higher than the 4,000 deaths cited by the U.N.-sponsored Chernobyl forum.

The International Agency for Research on Cancer expects some 16,000 cancer deaths in Europe through 2065 due to Chernobyl.

Whatever the real number, efforts to contain the disaster are still ongoing. Viktor Yanukovych, the president of Ukraine, is inaugurating the construction of an estimated $1.58 billion sarcophagus designed to hold the remains of the dead reactor. Scheduled to be completed by 2015, the 18,000 ton structure will replace the current unstable concrete shell which now holds 200 tons of highly radioactive material.

In remembrance of the 26th anniversary of the Chernobyl nuclear disaster, view images of the disaster site below. 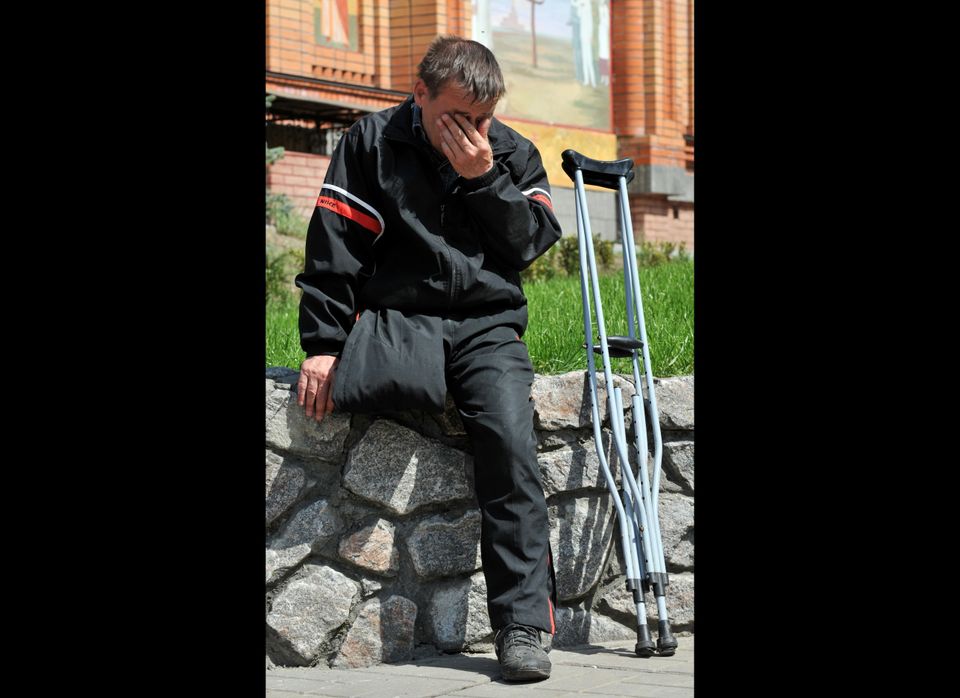 1 / 19
A disabled man cries at the Chernobyl victims memorial in Kiev during a memorial ceremony on April 26, 2012. Ukraine launched construction of a new shelter to permanently secure the stricken Chernobyl plant as it marked the 26th anniversary of the world's worst nuclear disaster. President Viktor Yanukovych pressed a symbolic button at the construction site, watched by workers and ambassadors from China, Japan and a number of other countries that contributed to the massive project, expected to cost 1.5 billion euros. (SERGEI SUPINSKY/AFP/GettyImages)
Getty