Did Cherokee women in the 17th century "have it all"? Centuries before Lean In, there was a thriving Cherokee culture of women leaders, mentors, and matriarchs comfortable in their own skins and minds, exercising remarkable independence and tribal power. Her status was one a woman today might envy.

In the General Councils, her opinions mattered as much as any man's. During the winter, when the men travelled great distances to hunt scarce game, she was the one who kept the tribe whole and fed through her cultivation skills, her conservation, and economy. Her social role was essential to keep the people alive. Respect flowed from that place. She held primary rights to property. All inheritance passed through her to her daughters or closest female relative. Her children by a non-Cherokee were citizens of the Nation, while her brother's children with a non-Cherokee were stateless.

She could choose her own mate, marry if she wanted and divorce at will. Though not common, adultery was not considered a great sin. Rape and domestic abuse were rare. While a man would be very unlikely to choose cultivation of the fields over the manly arts of hunting and the responsibilities of warrior, she could tend her squash and beans and corn in the morning then ride in the afternoon with a war party if she felt moved to do so. Not a few did. What's more, she could walk naked without harassment or interference into a living stream to purify herself with a seven fold immersion before battle and after it, too. Sexual congress was seen as natural, an activity to be enjoyed, not regulated beyond the rules of desire.

I like to imagine that the origins of the Cherokee woman's empowerment reach back as far as the Mississippian period more than a thousand years BCE when she developed a new strain of maize, or flint corn, that increased the crop yield significantly. With ample food supply, complex, densely populated villages might flourish, and this success inspired in a hunter's community a new spiritual focus on the harvest exemplified by The Green Corn Dance, a ritual of sacred importance. It makes sense to me that a people might revere the gender that enabled such bounty.

It's reported that when the first of the King's men, their feet still wet from the crossing, entered into negotiations on trade and land rights with the Cherokee, they were astonished that women were among the tribal leaders deciding the terms. For their part, the astonished Cherokee asked the Brits where their women were. Was something keeping them? Should they wait?

Deals were made. Euro-American settlements established. Unfortunately for the Cherokee, they succeeded. A tidal wave of immigration from Europe crashed upon the Eastern shores and washed over the land. Native land mass shrunk while Euro-American land mass swelled. As we all know, First Peoples fought back to no avail. The white man kept on coming, avarice like a sharpened bone between his teeth.

What I know for certain is that at the dawn of the Colonial period, a great devolution occurred that changed Cherokee woman's role, debased it, ground it into the dust of time. When white men appeared in her mountains, her days of female empowerment were in decline, although she didn't know it. It happened the moment the interlopers ventured into the Piedmont of Appalachia to trade gunpowder for deer skin.

Does it always happen? The if-you-can't-beat-them-join-them moment? After a century of sporadic war and wearying, incremental defeat, it happened for the Cherokee. A "civilization" movement swept the hills and by the mid-18th century, tribal leaders acknowledged their very survival depended on being seen by the invaders as civilized. They abandoned their old gods and became Christians. Their men abandoned the hunt and the cult of the warrior to become farmers while their women retired to the hearth and the spinning wheel. They purchased black slaves. From a traditional perspective, the old gender roles became perverse. A matriarchal society morphed disastrously into a patriarchal one.

White men of the era liked their women at home. White women could not take part in public life, nor could they fight wars or control their children. By 1827, the Cherokee Constitution outlawed the suffrage of Cherokee women. She could no longer vote or hold public office. The laws of matriarchal descent were significantly weakened as around the same time the half-blood children of males were allowed citizenship and males began to enjoy inheritance rights. Her culture, in which she once held a vital, honored position, was, over time, decimated.

The irony was that the "civilization" program did not have the desired effect. It did not preserve the people. Instead, the movement ended in the genocide of the Trail of Tears, the poverty of the reservation system. Cherokee women in the modern era have had to fight for their civil rights, their autonomy along with their white sisters. I like to think everything will switch around some day. That one day, men will wake up, see the light, and all women will enjoy the power and respect of the traditional Cherokee woman. We've had the devolution. I guess what we're waiting for is the leap forward. Although many might agree with Ann Marie Slaughter that women today can't have it all, Cherokee cultural history proves we once came close. Maybe we can again.

A Culture Where a Woman's Voice Mattered As Much As Any Man's
Matika Wilbur: Photographing Native American Tribes 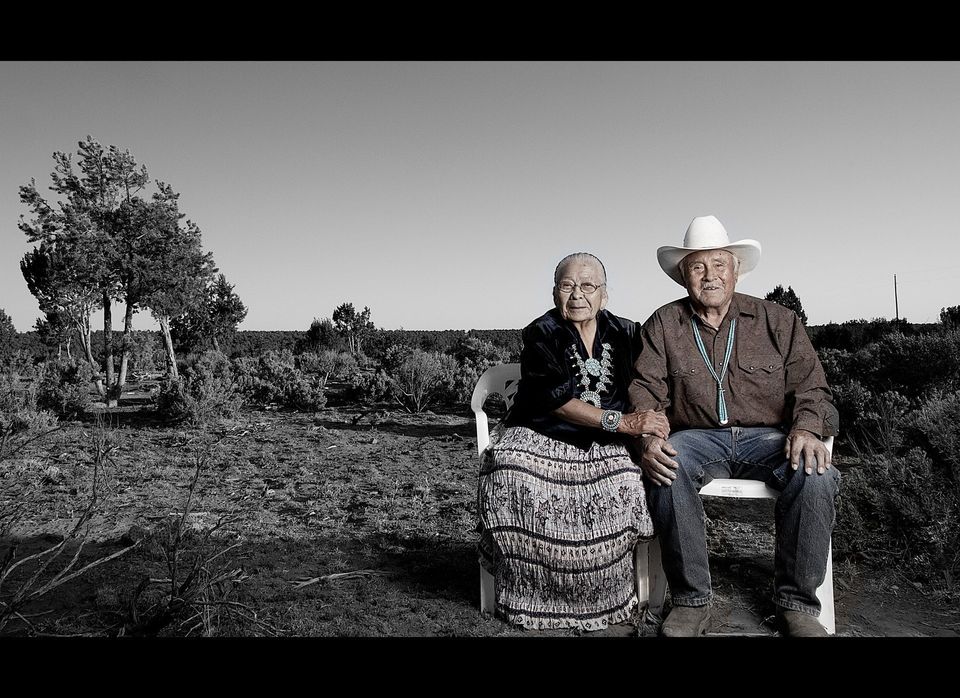