Cheryl Strayed is an acclaimed author of best-selling books like Wild, Tiny Beautiful Things and Brave Enough that have garnered her legions of fans and a Hollywood movie deal. But before all of the success, Strayed considered herself a failure.

At the time, she was 33 years old and living in a small cottage in Massachusetts. With no distractions around, she thought it would be the perfect setting to pen the Great American Novel. But instead of writing all day at the computer, Strayed says she found herself procrastinating in front of the television.

“I had my dream in my grasp and I was too weak to hold it,” Strayed admits in her "SuperSoul Session." “It was too hard. It was too big. I was too -- I don’t know what. I was too much of a failure to see it through."

I had to surrender to the idea of my own mediocrity.

Humbled by failure, Strayed says she came to her moment of truth. “That is when you have to ask yourself, you know, not who you aspire to be, but to reckon with who you actually turn out to be. Who you actually are."

She admitted that she wasn't going to write the Great American Novel. “I knew I was going to fall short of greatness," she says. "So I had to rewrite the story of what greatness was. I had to figure out how to measure success differently. And I also had to figure out what purpose dreams served, if they served them at all."

Maybe, Strayed thought, her dreams were actually getting in her way. She had an "ah-ha" moment: "Don’t let your dreams ruin your life."

Though she had given up on writing the next Great American Novel, letting go of that dream gave Strayed the freedom to really get to work. "The truth that rose up at my humblest, lowest moment was basically that I had to write a book. And that was it. … I had to surrender to the idea of my own mediocrity.”

Related: The big lesson Cheryl Strayed learned from the success of Wild 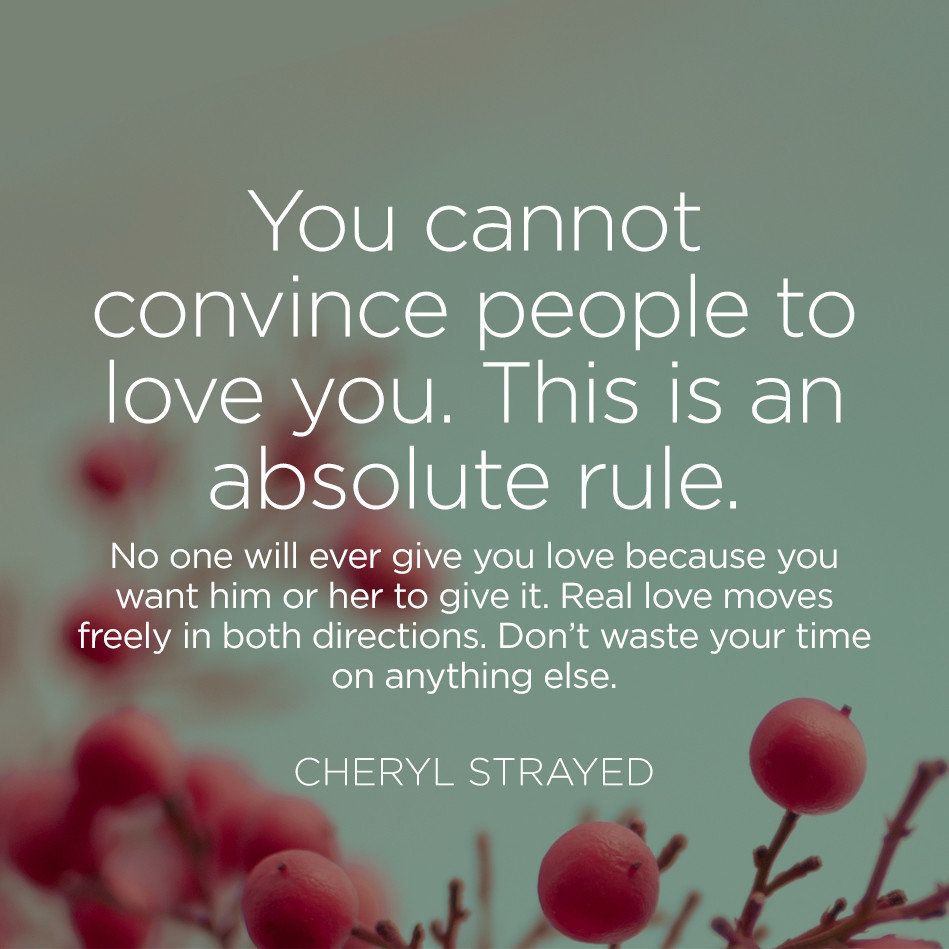