The second London Chess Classic, one of this year's major chess events, finished Wednesday. But many chess players may ask: Who actually won the all-grandmaster tournament?

Magnus Carlsen doesn't have to worry. According to the rules set up by the London organizers, the 20-year-old grandmaster from Norway finished first and will collect 50,000 Euros for his efforts. He benefited from the soccer scoring system -- 3 points for a win, 1 point for a draw and no points for a loss -- favoring players who fight and win. Carlsen scored 13 points, two points ahead of the world champion Vishy Anand of India and Luke McShane of England. It was a great recovery by Magnus who started with two loses in the first three games.

But ask the traditionalists, who for several centuries counted one point for a win and a half point for a draw, and they will tell you that in the year 2010 three players shared first place in London: McShane, Anand and Carlsen.

In the annals of chess history the final results will be noted as follows:

In 1851, Adolf Anderssen, one of the best attacking players of the 19th century won the first international tournament in London. The English capital attracted many great players ever since. Garry Kasparov played three world championships there. Some of the best came this year.

The fight for first place was anticipated between the world's top two rated players, Anand and Carlsen. But McShane played the role of the spoiler when he knocked Carlsen down in the first round and remained successful throughout the best tournament of his young chess career. 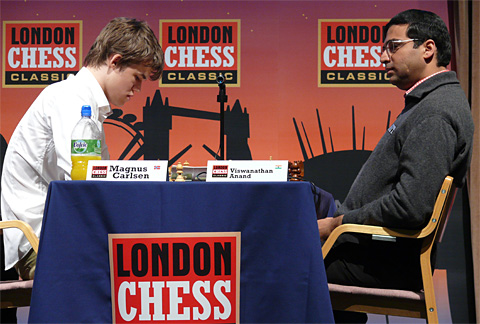 The game between Anand and Carlsen was a dramatic duel in the Breyer variation of the Spanish with many ups and downs. With a pawn sacrifice soon after the opening, the world champion tried to swing the chances to his side. It was risky, but Carlsen failed to find several good defenses and Anand had him on the ropes. Although the Indian grandmaster missed stronger continuations, he was able to come up with the winning setup in the end. 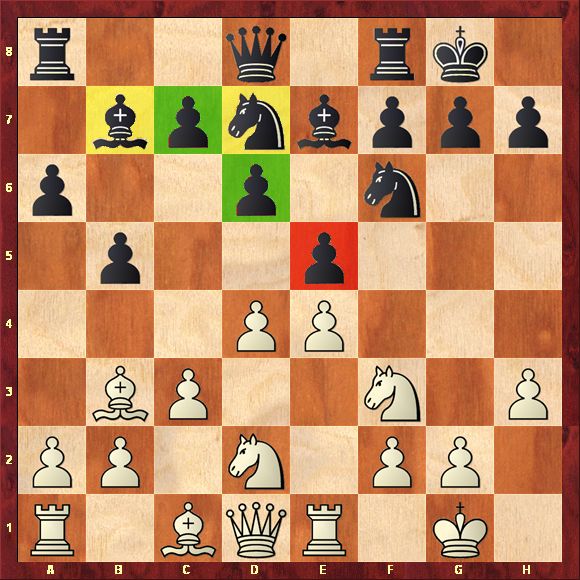 (We can see the elegance and flexibility of Breyer's setup: the knight on d7 protects the center, the bishop on b7 attacks it. The c-pawn is not hindered and can advance any moment. In addition, black may also strike in the center with d6-d5. ) 12.Bc2 Re8 13.a4 (White is at a crossroads. Swinging the knight to the kingside 13.Nf1 Bf8 14.Ng3 was the usual popular plan, but after 14...g6 white needed to open a second front and played 15.a4 c5 16.d5 and with the center closed, white can use his space advantage to prepare a combined attack on both wings. The first game between Bobby Fischer and Boris Spassky in 1992 comes immediately to mind. Blacks later realized that after 15.a4 keeping the center flexible with 15...Bg7 16.Bd3 c6 is not a bad idea.) 13...Bf8 14.Bd3 c6 15.b4 Rc8!? (A new, good waiting move. Carlsen previously played 15...Nb6 against Anand, clarifying the matters on the queenside immediately, but after 16.axb5 cxb5 17.d5 white had the edge.) 16.axb5 cxb5 17.Bb2 (White is ready to close the center with 18.d5 and black has to react.) 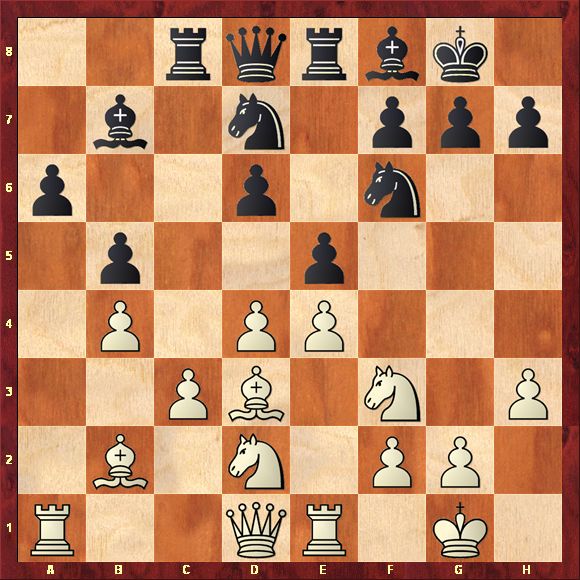 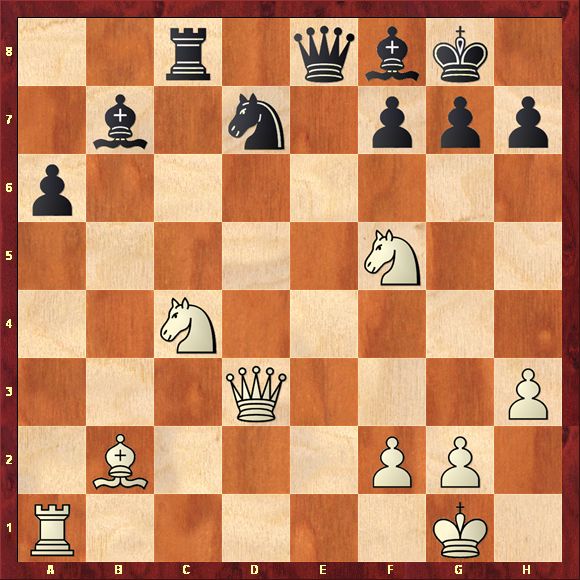 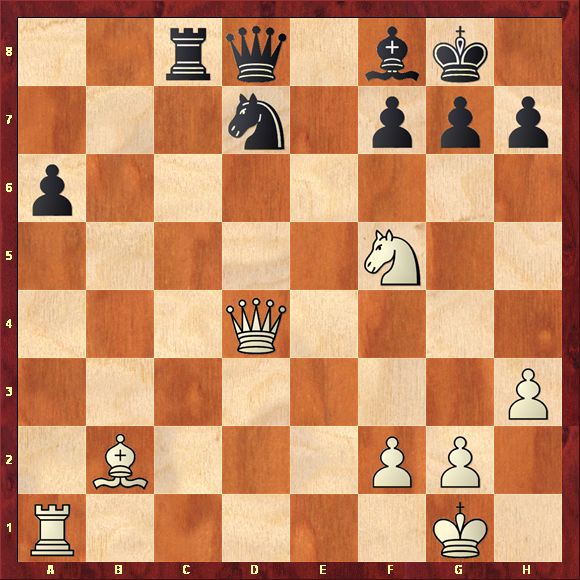 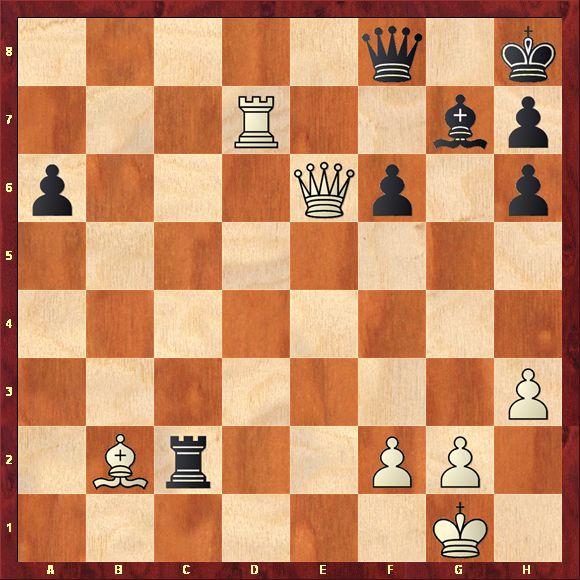 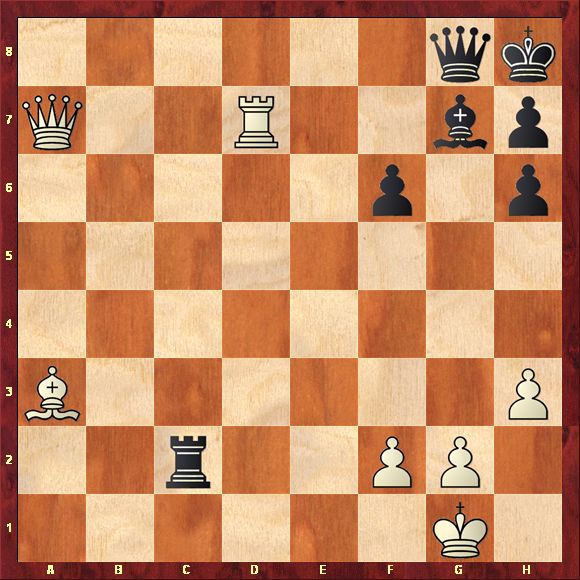 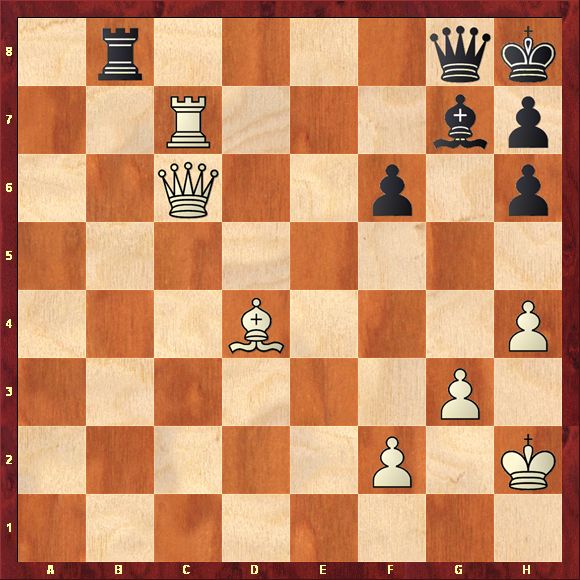 The solutions to last week's puzzles:

We recieved this response:

I refer to Noam Elkies' Chess Puzzle. Chess Life 1985, solution to which you furnished today.

Answer: Instead of 3.Bh7, try 3.Bf7. White wins. Thanks for your interest in this column.