Chess is different than most other sports. A draw, not a win, is the most common result of a chess game and may even win you championships. Imagine a sporting event, in which the visiting team gets more chances to score, but when time expires and the score is tied, the championship trophy goes to a home team. Something similar happened Tuesday at this year's U.S. Championship at the Chess Club and Scholastic Center in St. Louis.

In a dramatic single playoff game, GM Gata Kamsky displayed great defensive skills and won the U.S. title by drawing with the black pieces. His opponent, GM Yuri Shulman, had more time for the game, but according to the rules had to win with the white pieces. He was close, but missed several chances, allowing Kamsky to escape. "Gata had nine lives," said Shulman, expressing his frustration after the championship game.

The championship's new hybrid format was confusing, but it led to fighting chess. The $173,000 event began with seven Swiss rounds to determine four out of 24 players for the round-robin Final. It worked perfectly as the top three rated players and pre-tournament favorites, the defending U.S. champion GM Hikaru Nakamura, former world championship challenger Gata Kamsky and former U.S. champion GM Alexander Onischuk, qualified and were joined by the 2008 titleholder Yuri Shulman. Each grandmaster scored three wins, four draws and no losses.

Last Sunday was decisive in the Final Four. Onischuk turned down a draw offer and lost to Kamsky. Shulman eliminated Nakamura. It set the stage for the Kamsky-Shulman confrontation. They drew their regular game on Monday and Kamsky won the title and the $30,000 first prize the next day in the playoff. 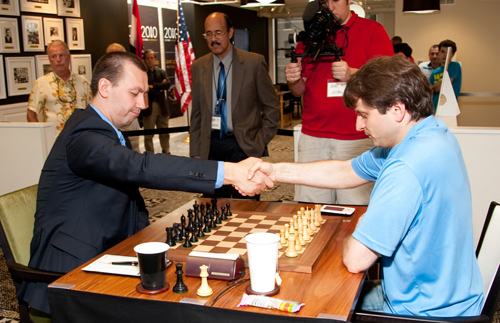 I chose two games from the U.S. Chess Championship that have a common theme. First, both winners did something chess beginners are warned not to do: they brought their Queens out too early. Secondly, through a well thought-out positional strategy, the conquerors acquired control of the light squares and staged decisive mating attacks.

The veteran grandmaster Larry Christiansen, 53, is an attacking chess wizard who does not mind to shed material as long as he is having fun menacing his opponent's King. He strives in complicated positions and his imaginative play brought him many victories and also saved him from trouble. Gata Kamsky made a strong psychological move; he turned the tables around and played like Christiansen, sacrificing pawns and attacking relentlessly. Forced to his knees from the onset, Christiansen was unable to strike back. Played in the fifth round, it was Kamsky's best game overall.

1.e4 e5 2.Nf3 Nc6 3.Bb5 (The powerful Spanish Opening is more than 500 years old. It is often associated with Ruy Lopez, a priest who served at the court of the Spanish king, Philip II, and analyzed it in his book in 1561. But it already appeared in the oldest surviving chess book, "Repeticion de amores e arte de axedrez con cliuegos de partido," written by another Spaniard, Luiz Ramirez Lucena, in 1497.) 3...Bc5 (The Classical variation, favored by many champions and world-class players. Adolf Anderssen, Paul Morphy and William Steinitz played it in the 19th century. Jose Raul Capablanca, Alexander Alekhine, Boris Spassky, Bobby Fischer, and more recently Vishy Anand and Veselin Topalov also tried it. Even Kamsky used it with the black pieces.) 4.0-0 Nd4 (The psychological warfare begins. Christiansen goes for a less frequented road, avoiding the queen exchange, more or less forced after 4...Nf6 5.Nxe5 Nxe5 6.d4 Nxe4 7.Qe2 Qe7 8.Qxe4 Nc6 9.Qxe7+ Bxe7 10.c3 and white gets more space and a slightly better endgame. Kamsky, a feared, brilliant endgame technician, would love that.) 5.Ba4 (5.Nxd4 is played more often, but after 5...Bxd4 6.c3 Bb6 7.d4 c6 8.Ba4 d6 Black has good chances to equalize.) 5...Nxf3+ 6.Qxf3 Ne7 (Christiansen strives for a good counterplay, not blocking his f-pawn. After 6...Nf6 7.d3 0-0 8.Nc3 white has a better grip in the center. Offering a queen exchange 6...Qf6 is a good alternative.) 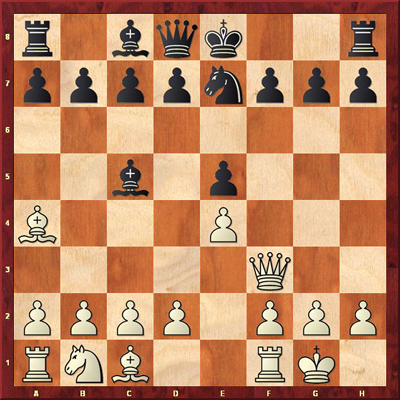 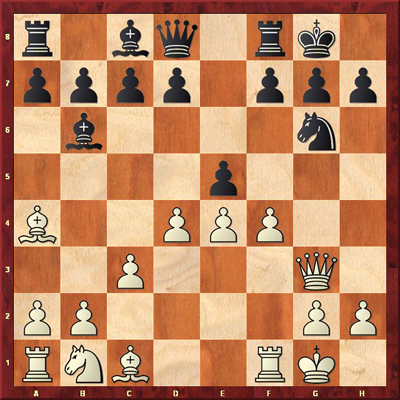 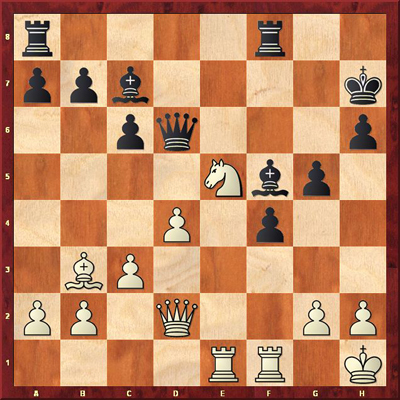 Hikaru Nakamura did not prepare well against Yuri Shulman's Winawer French and was thoroughly outplayed and eliminated from the title fight. I highlight this opening as a tribute to my friend Bill Hook, a wonderful artist and the kindest of men, who died this month at age 84. He played the top board for the British Virgin Islands team at 17 chess Olympiads. In 1970 in Siegen, Germany, Hook tried his beloved queen maneuver against Bobby Fischer and easily equalized the game. He would have turned 85 this Friday. 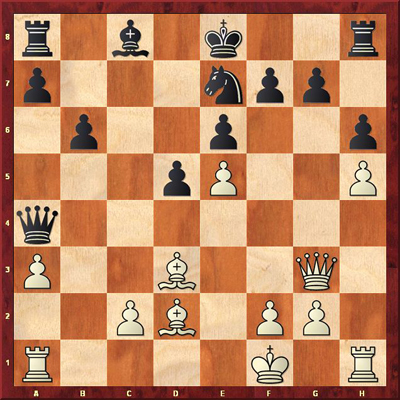 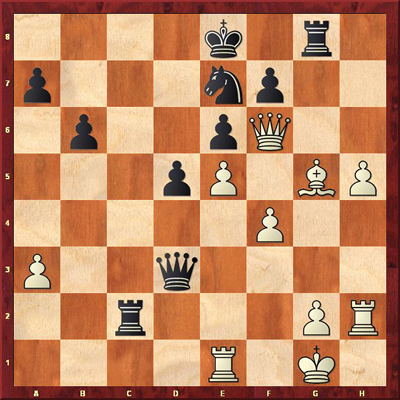 For a live replay:

Images provided by Betsy Dynako and the Chess Club and Scholastic Center of Saint Louis. Lubomir Kavalek is the Huffington Post's chess correspondent.