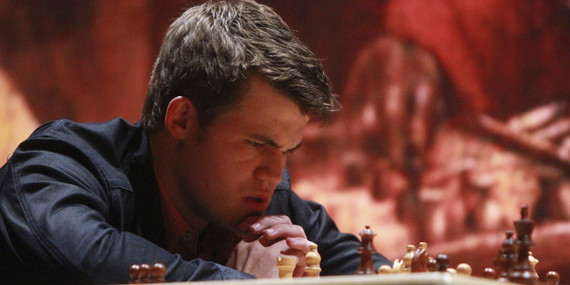 When Magnus Carlsen sacrificed his Queen against the Russian challenger Sergey Karjakin last month in New York, it won him not only the world title match, but it was the most brilliant final move of any world chess championship in history. It will be hard to match. 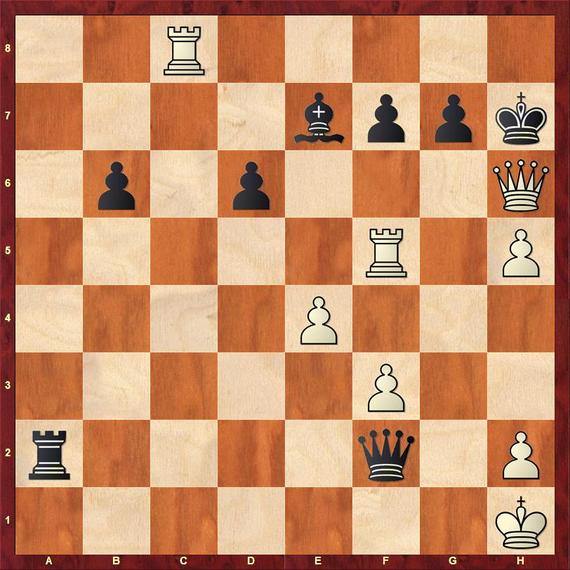 Chess players are always attracted to Queen sacrifices. They symbolize victory of mind over matter, a desire to do more with less. Some Queen sacrifices are models of efficiency and lead to checkmates; others take advantage of positional deficiencies and bring mysterious twists into chess. Some are waiting to be discovered, stay behind the curtain and never show up. It is always special when these sacrifices are played in games of strong players. 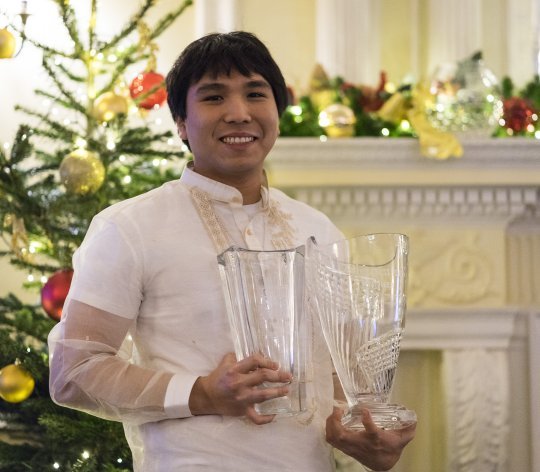 The man in the Barong Tagalog, a ceremonial Philippine shirt, is Wesley So. He won the Grand Chess Tour (GCT) that made him $295,000 richer. According to the former world champion Kramnik, So played the best chess of the year and could be a serious challenger to Carlsen in the future. In the final GCT tournament last month in London, Wesley was prepared to sacrifice his Queen. It led to a spectacular smothered mate, but Veselin Topalov spoiled it a decided to lose differently. 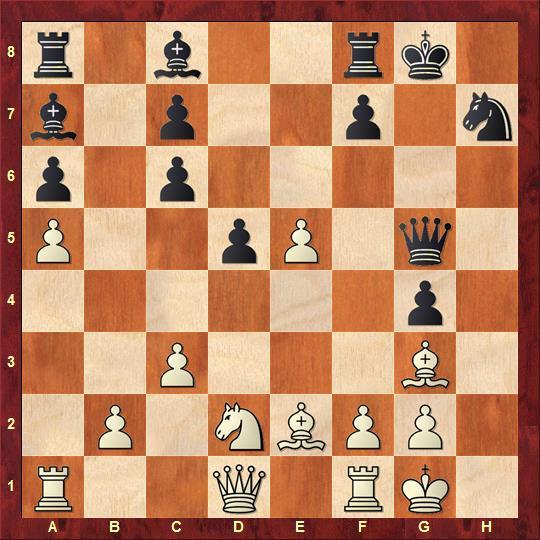 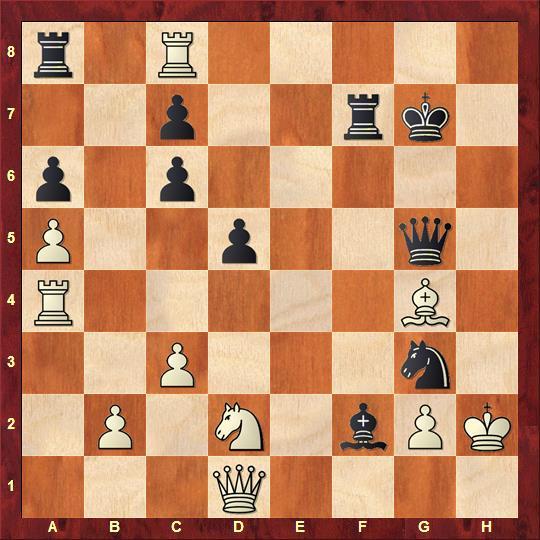 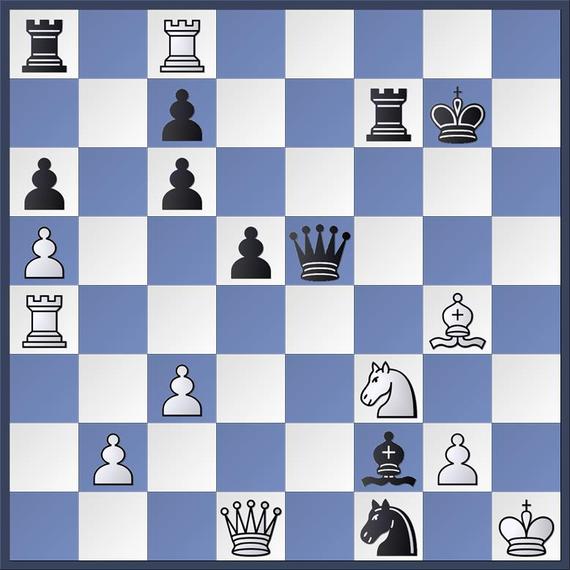 Carlsen and So now compete at the Tata Steel Chess tournament in Wijk aan Zee. Lots of nice memories are connected with the Dutch coastal town. In 1975 I won the Leo van Kijk prize for the most spectacular game, offered there for the first time. In the game against the eventual winner Lajos Portisch I sacrificed my Queen for a mere Bishop. But another Queen sacrifice was secretly brewing in the mind of Jan Timman. Well, perhaps not so secretly since we discussed it at the hotel bar, but not in great detail. Timman even mentioned it in the tournament book I wrote about the event. Six months later his sacrifice appeared in our game.

Berry Withuis, a Dutch organizer and journalist, immediately asked: "Do you know Nezhmedtinov's Queen sacrifice?"
I thought he meant Rashid Nezhmedtinov's brilliant masterpiece against Lev Polugaevsky, played in Sochi in 1958. It was one of the best games of the last century and it appeared on a menacing painting of a Russian artist G. Satonina (Nezhmedtinov on the right). 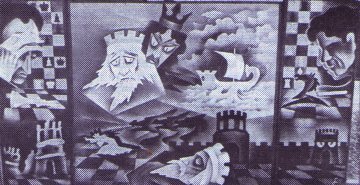 "A different one," said Withuis and made it sound as if Nezhmedtinov created Queen sacrifices every day. He summed it up in a question he asked one day of the legendary grandmaster David Bronstein:
"Is the Queen stronger than two light pieces?"
The former challenger for the world title took the question seriously.
"I don't know," he said. "But I will tell you later."
That evening Bronstein played a simultaneous exhibition in Amsterdam and whenever he could, he sacrificed his Queen for two minor pieces. "Now I know," he told Withuis afterwards. "The Queen is stronger."

In Nezhmedtinov's game the Queen lost, but it was foggy and unclear. Bobby Fischer had a chance, but didn't go there and the computers had later shown that White may equalize at best. It did not deter Nezhmedtinov. He wowed that given a chance, he would sacrifice the Queen again. 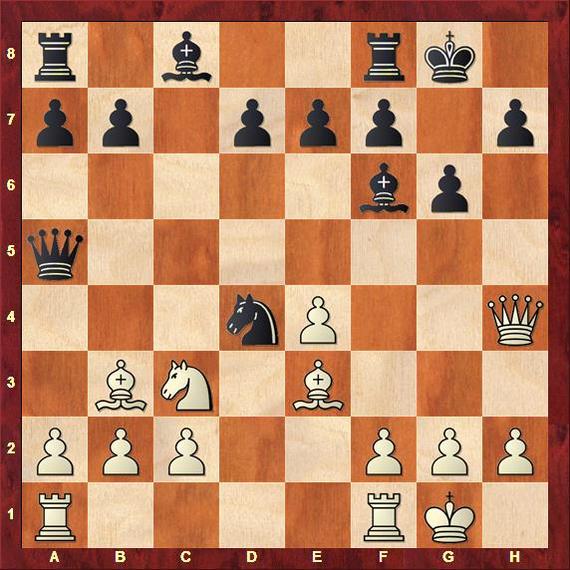 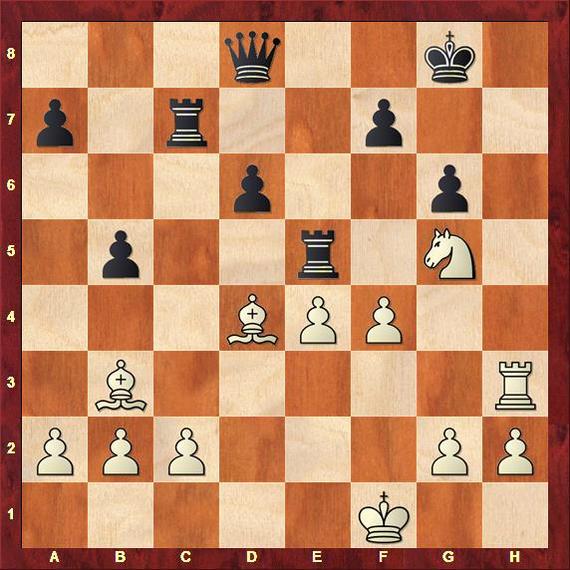 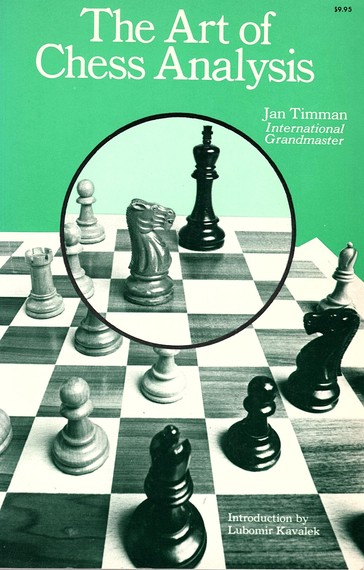 Timman was under the influence of Mikhail Botvinnik's advice to publish his analysis and to create an analytical debate. He found space in the Dutch magazine Schaakbuletin, founded by Wim Andriessen in 1968.

It was a year of great hopes and disappointments in Czechoslovakia. The Prague Spring, when the Czechs found the freedom to think, speak and write, impacted my chess and I started to have good, consistent results. I finished narrowly behind the winners in Sarajevo, won the all-time strongest Czechoslovakian championship and was able to stay in step with two legends: I won in Amsterdam ahead of Bronstein, but the former world champion Vassily Smyslov edged me in Polanica Zdroj. During the second tournament, the Soviet-led Warsaw pact armies invaded Czechoslovakia and in September I left the country for good.

In November 1968, I won in the Hague, playing Timman for the first time. He was 17, an emerging chess master with plenty of love for the game. I watched his progress as chessplayer and writer with interest. In 1975, when he advertised his queen sacrifice in his writing, he was already a solid grandmaster getting stronger by the day. 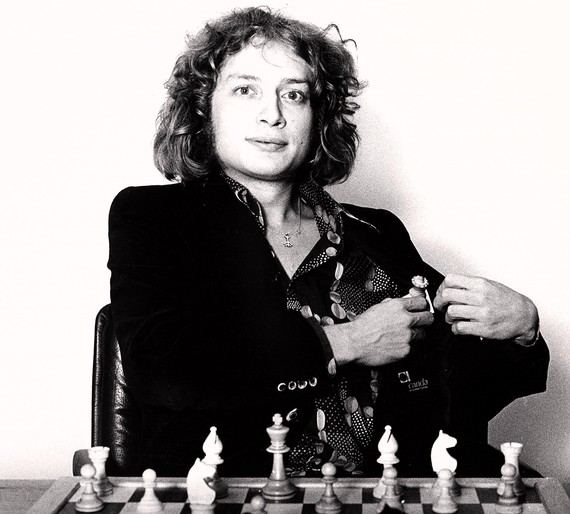 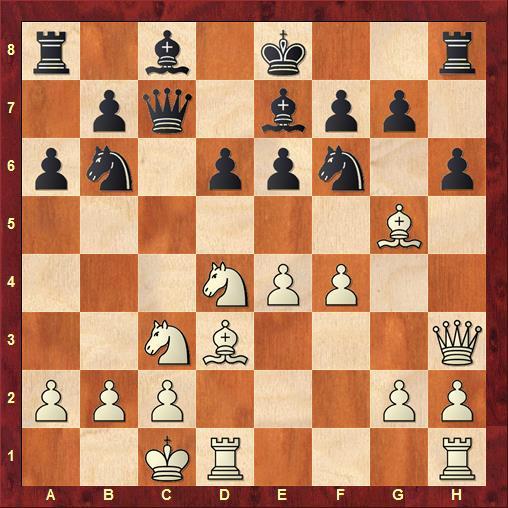 12.Bh4?!
This retreat leads to a Queen sacrifice. Discouraged by this game, Timman later in the tournament tried 12.f5 e5 13.Nb3 Bd7 14.Be3! against the Dane Svend Hamman. He won the fight for the control of the d5 square and booked a victory in 29 moves.
12...e5 13.Nf5 g6!?N
A novelty at that time. Walter Browne against Timman (Wijk aan Zee 1975 and later Lajos Portisch against Albin Planinc (Ljubljana-Portoroz 1975) played 13...Bxf5 and both lost. After the text move White is forced to sacrifice his Queen. Of course, Timman knew that I knew about this move, since we briefly discussed it together in Wijk aan Zee, but we did not reach a clear conclusion.
During the game, I remembered a conversation with my friend Milan Vukcevich at the U.S. Championship in Oberlin. Milan tried to convince me that the Queen sacrifice is incorrect, but we did not go into great details. 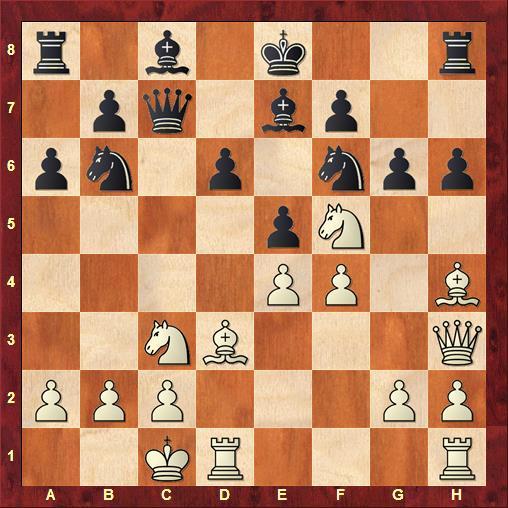 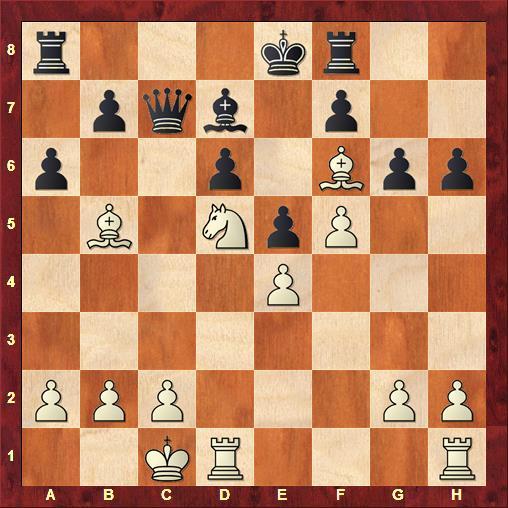 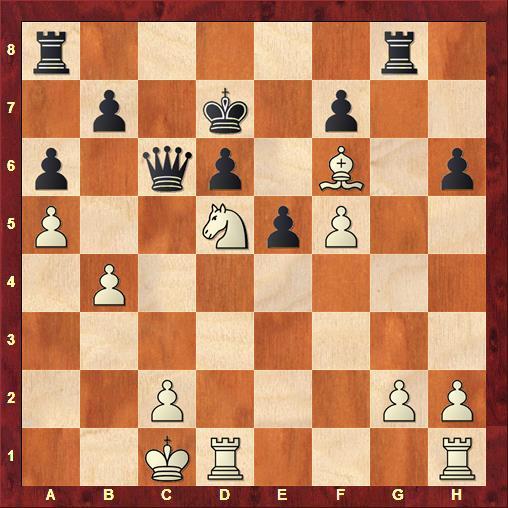 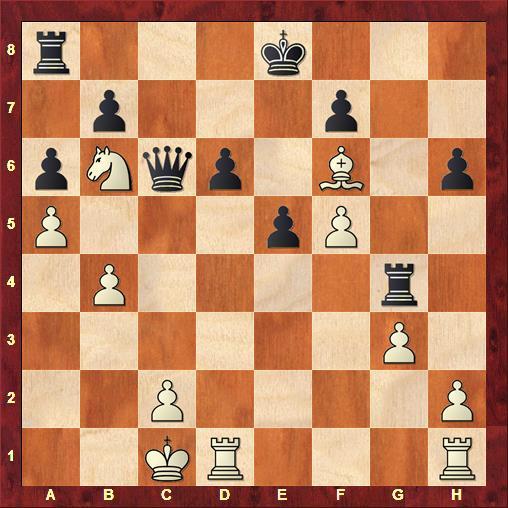 In 1984, with the injection of money from the publisher Elsevier, Andriessen turned his magazine into an English publication New In Chess and Timman became editor-in-chief.

Timman's sacrifice didn't turn out as he hoped. Today, it could have been checked by analytical engines beforehand. I don't think Timman considered computers friendly creatures. He was proud to invent ideas on his own.

But computers are here to stay as part of hybrid man-machine preparation. The entertaining Queen sacrifice in the game Caruana - Nakamura, from London last month, is a good example. Nakamura tweaked computer analysis, but it backfired. Caruana's two minor pieces became stronger than the Queen. 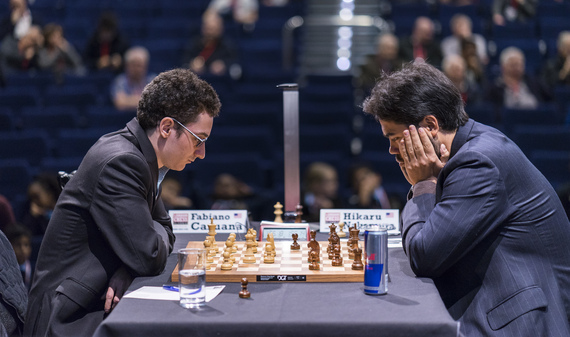 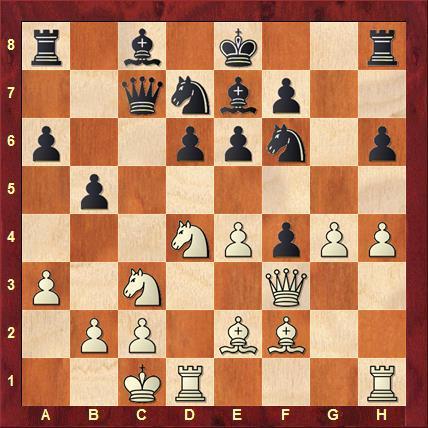 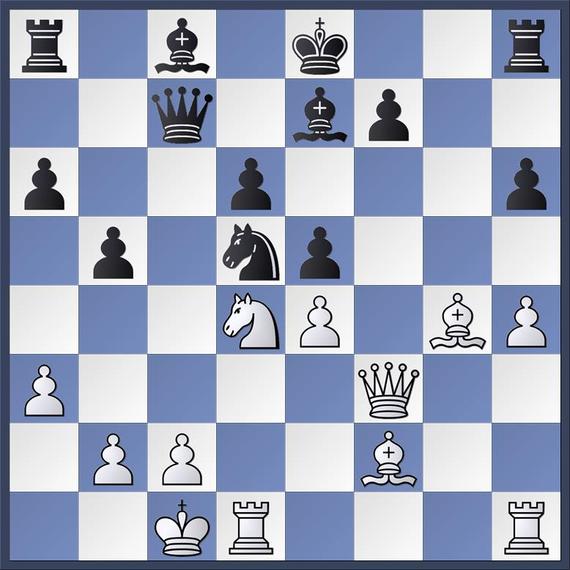 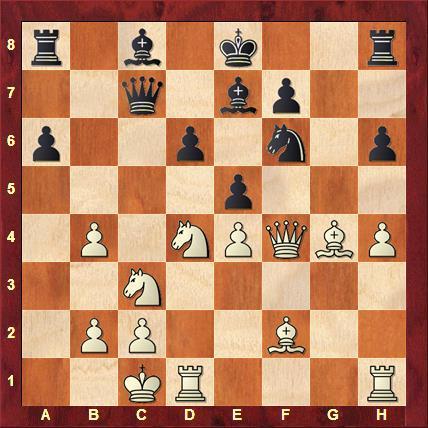 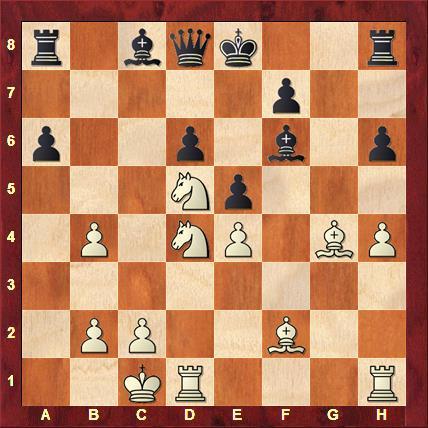 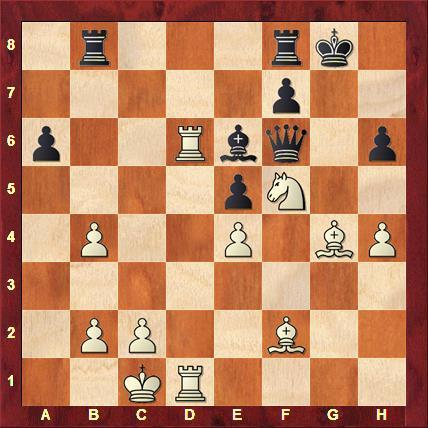