Many past and present chess champions were attracted to America, mostly to New York. William Steinitz won the first official world championship match in 1886 in the United States and spent his last days there. The world champions Emanuel Lasker and Jose Raul Capablanca, both died in New York in the early 1940s. Alexander Alekhine made several trips to the New World and married an American lady. Garry Kasparov now lives in New York where he played two world championship matches: in 1990 against Anatoly Karpov and in 1995 against Vishy Anand. The current world champion Magnus Carlsen loves to teach children chess in New York. The best American, Hikaru Nakamura, who also holds the number one spot in the world in Rapid and Blitz chess ratings, spent most of his youth in the Big Apple.

Today, however, the center of professional chess in America is Saint Louis, Missouri. For the last six years the U.S. championship was held at the local Chess Club and Scholastic Center. With Nakamura absent this year, all eyes were on Gata Kamsky, the defending champion and the oldest participant. Could he still defend the title at the age of 39? 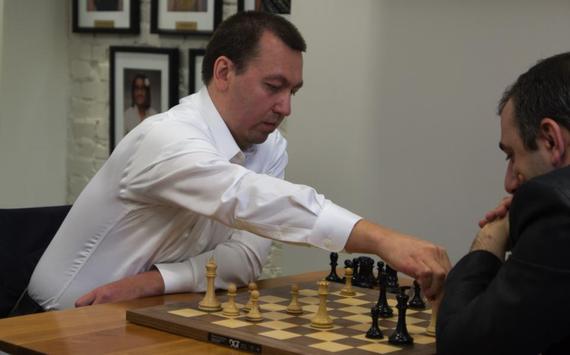 Although Kamsky was the top rated player, he was not among the early leaders, almost conceding the title at one point. While squeezing out the last round victory, he needed help. Only a draw between his main rivals, Varuzhan Akobian and Aleksandr Lenderman, kept Kamsky's chances alive. When the desired result came through, Kamsky won his fifth U.S. title in the playoffs. Irina Krush prevailed at the Women's championship, claiming her sixth title. 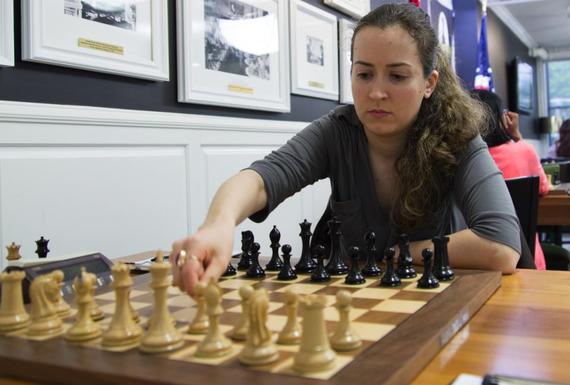 The U.S. title was literally hanging on the following game: 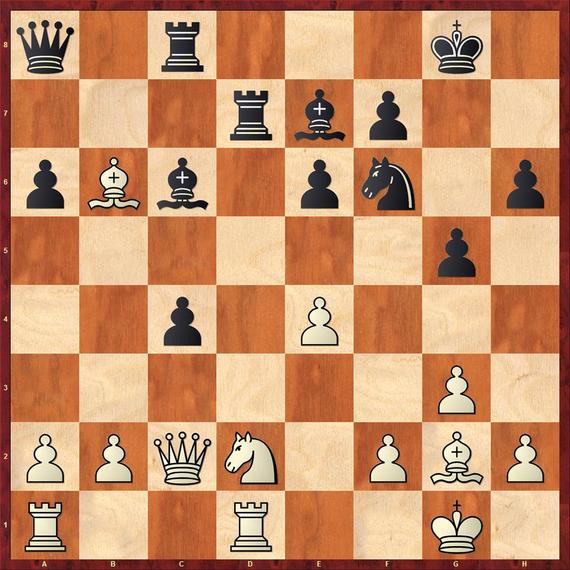 We can pick up the critical game from move 21. Lenderman just protected his e-pawn with the move 22.f3. It didn't belong to the Catalan opening. The wonderful light bishop was now pegged behind white's pawn chain.

Yasser Seirawan compared it to the second game of the 1990 World championship match between Garry Kasparov and Anatoly Karpov. It was a big stretch because Kasparov played it in one of the Spanish Main lines, a very unusual occurrence, but not completely original. In San Juan in 1969, the idea of f2-f3 was performed in the Spanish Breyer as early as on move 14.

Because the g-pawn is not on g2, black is able to break the white pawn chain. 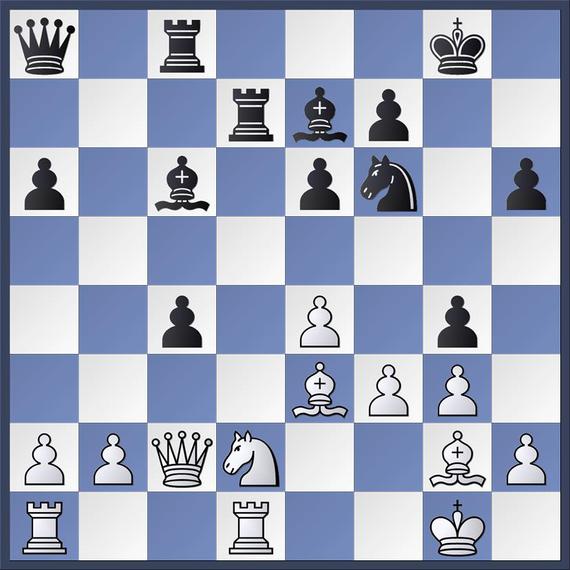 GM Seirawan mentioned the following game in his comments: 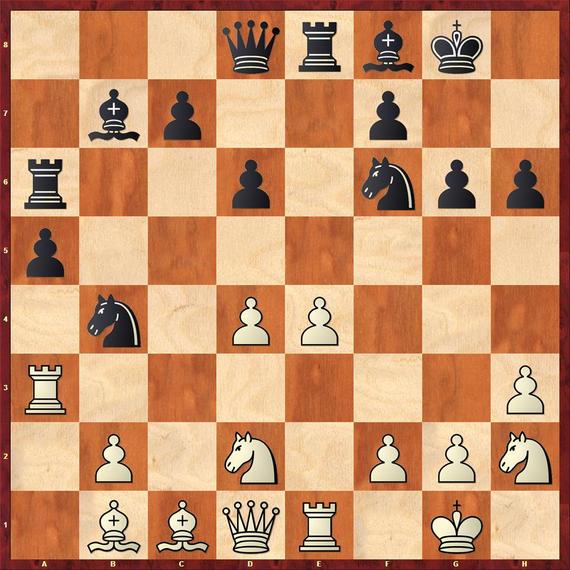 The move was praised and rightly so. By protecting the pawn e4, Kasparov freed his knight on d2. But it was not a sudden inspiration during the game. Kasparov admitted that he has been preparing it since his first match against Karpov in 1984/85 but did not have chance to play it. 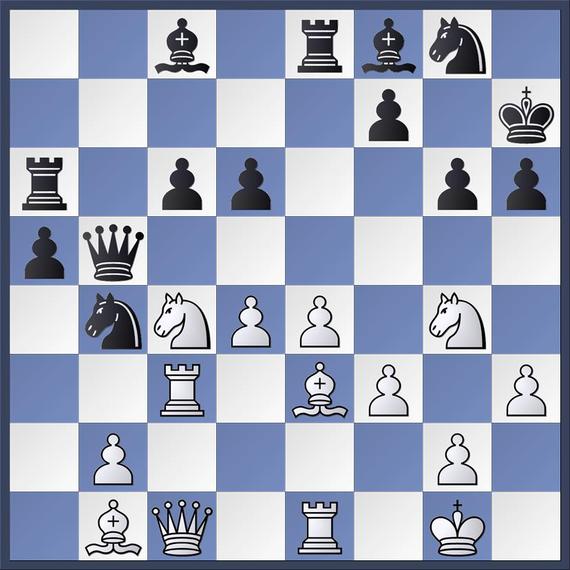 A winning combination based on overprotection. Black's dark bishop cannot cover the pawns on d6 and h6 at the same time. It required a precise calculation of the next five moves and good judgment afterwards.

Black wins the knight back but his queenside pieces are out of play, unable to help the king.

The move f2-f3, played in the following game, prevented black from his usual action in the center. Surprising moment came on move 20.

The idea of bringing the knight to the square f5 originally belongs to Vladimir Simagin, one of the most creative Soviet grandmasters. It gained popularity after it was adopted by Bobby Fischer in the late 1960s.

The pawn sacrifice 11...Nxe4 12.Nf5 gives white some compensation, but nothing more.

White plays for a long-term advantage of a bishop pair. I have analyzed this plan with Robert Byrne in 1969. A smooth development 13.Bg5 Bf8 14.Nd2 is another option. 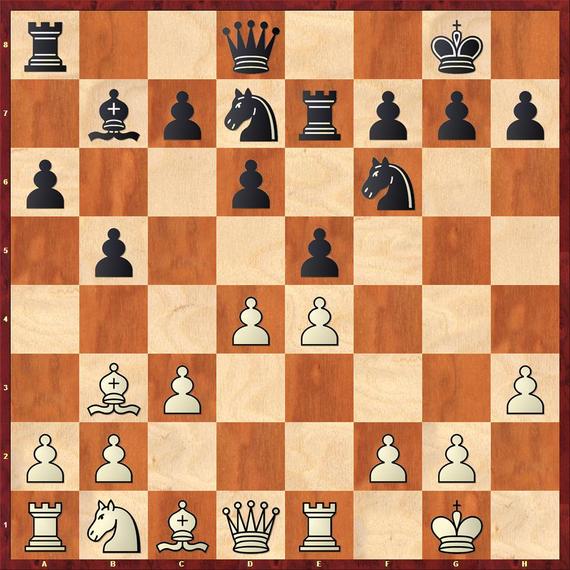 A very unusual move in the main line Spanish, although it is almost forced here. Not only white wants to strengthen the center, but intends to meet the central break 14...d5 with the paradoxical 15.f4!? 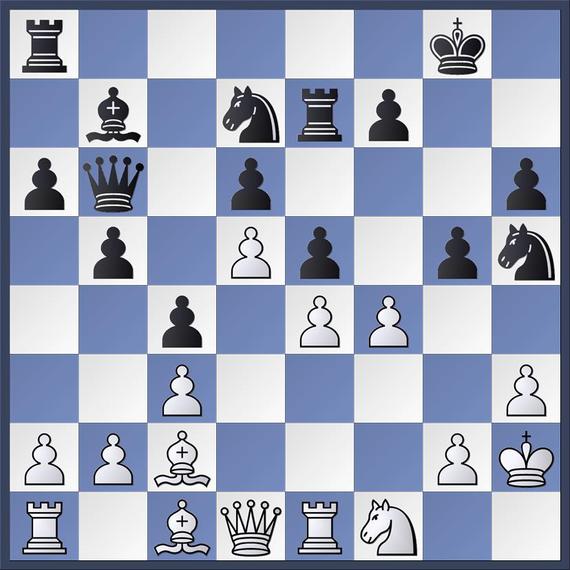 A pawn sacrifice, allowing white to take full control of the light squares on the king side.

White is winning, pushing black forces back and weakening the king.

Black resigned before I was able to play 30.Qd2.