The chess game had all the elements of football. But instead of a helmet, the quarterback had a crown on his head and was not guarded by 300-pound massive NFL linemen, but by tiny pawns. The pass-rushers were fast and heavy: the queen and two rooks flushed the quarterback out of the pocket and the scramble began. He could have been knocked down early, but escaped, running beautifully between and around the opponent's men deep into their territory. It was a mad rush, leading to a winning touchdown. When chess imitates life, it may even resemble American football.

The spectacular game was played between the Russian GM Alexander Riazantsev, who coached the former world champion Anatoly Karpov, and GM Sergey Karjakin, a former Ukrainian prodigy who settled in Moscow and now plays for Russia. It was so complicated even the chess computers sometimes hesitated to suggest the best way. How could have two human beings navigate their way through this mess? But they did brilliantly and with vigor.

It was the most dramatic clash at the tournament honoring Karpov in the Russian town of Poikovsky. It finished Sunday and the victory in this game helped Karjakin to share first place with Victor Bologan of Moldova. Both grandmasters scored 7-4, but Karjakin won the trophy on a better tiebreak. 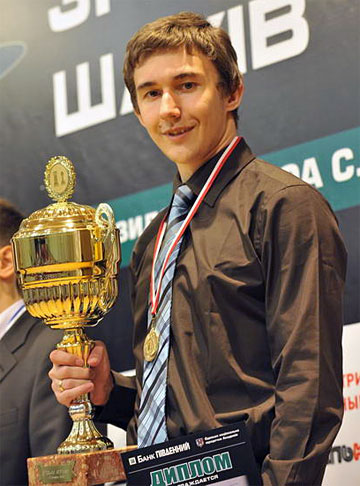 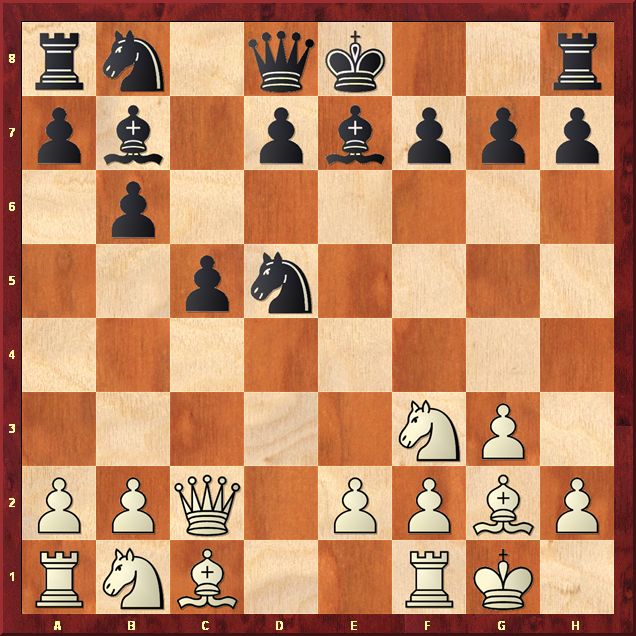 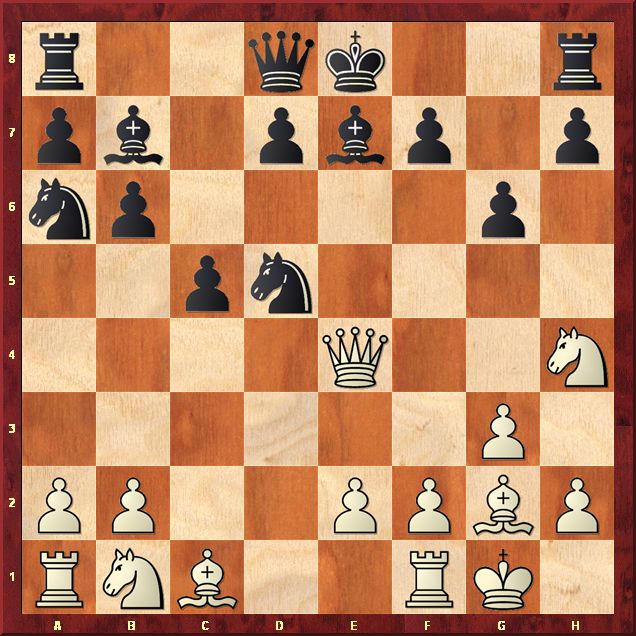 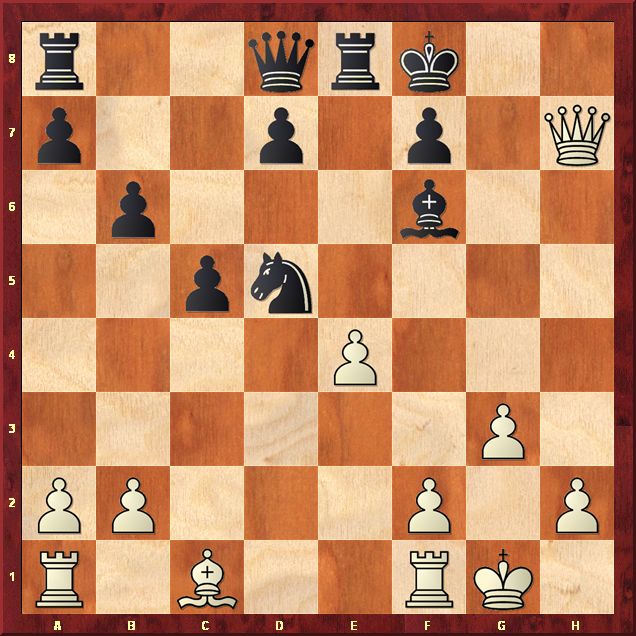 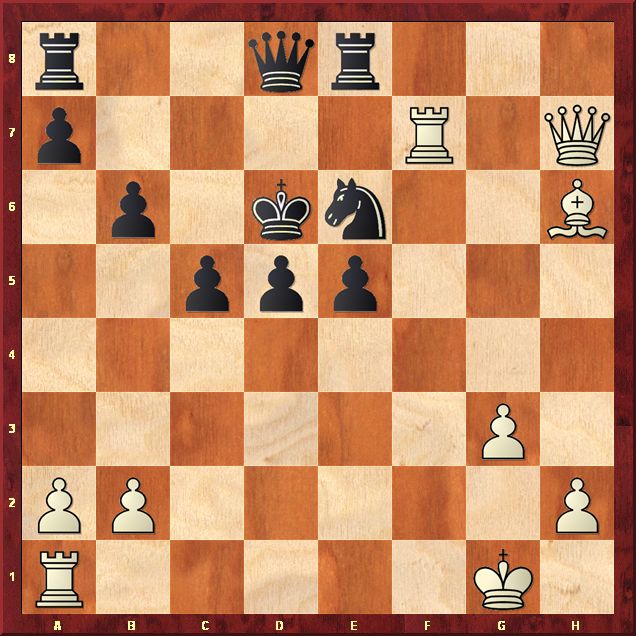 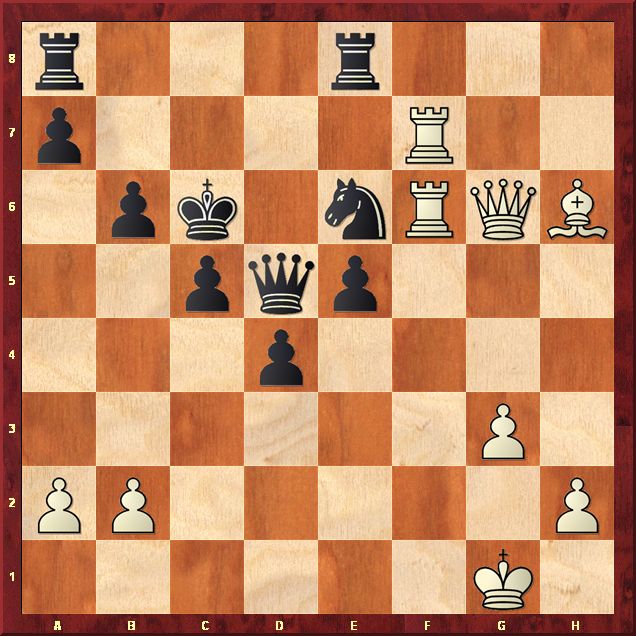 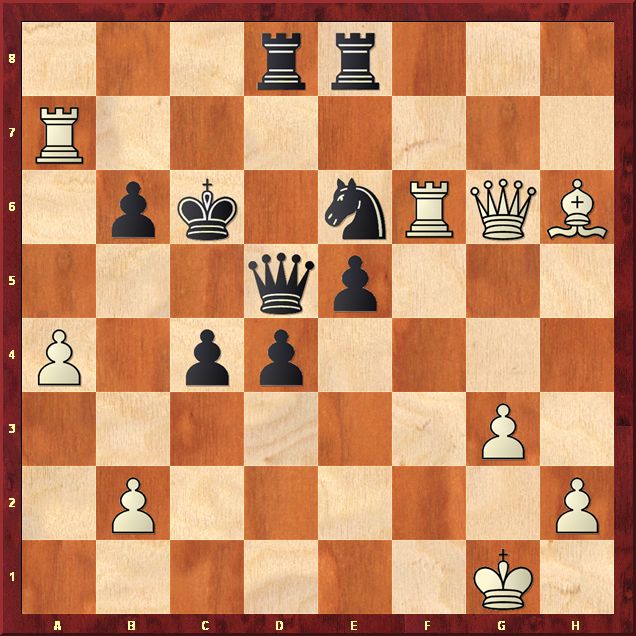 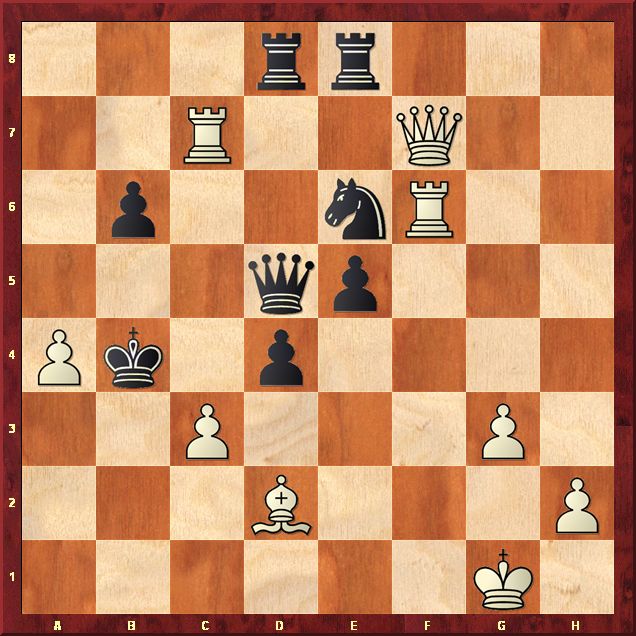 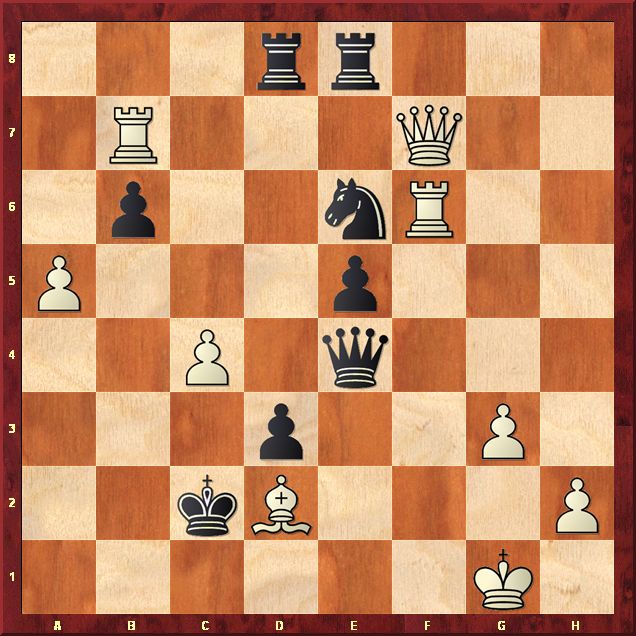 The game would make a great addition to Colin Crouch's new book "Modern Chess: move by move," published by Everyman Chess last year. It is a well-written collection of 33 brilliant games, played by some of the best grandmasters in the world. It is another of Crouch's gem - 400 pages of great analysis and wonderful text. Recommended for tournament players.

For replaying the game: