I began my escape from the communist Czechoslovakia 42 years ago, on Sunday, September 1, 1968. According to Wikipedia, I bought several crates of vodka with my winnings at the Akiba Rubinstein Memorial in the Polish spa of Polanica Zdroj, bribed the border guards and drove to West Germany.

At that time, I was supposed to play the first board on the Czechoslovakian team at the Lugano olympiad, having won the strongest national championship in history ahead of Smejkal, Hort, Filip, Pachman, Jansa, Janata and others. During the summer I added a first place finish at the IBM tournament in Amsterdam ahead of David Bronstein and I was just in the middle of the race with the former world champion Vassily Smyslov in Poland, when the Soviet and other Warsaw pact armies invaded my country on August 21. During the next 10 days it became clear to me that I had to go west. I played a few simultaneous exhibitions in Poland, the last one in Wroclaw.

The city, previously known under the German name Breslau, had special meaning for me. Not only did I begin my journey to the West there, but it was the birthplace of Adolf Anderssen, one of the strongest players in the 19th century, an attacking genius known for his creation of the Immortal game against Kieseritzky and the Evegreen game against Dufresne.

Everybody loved Anderssen and his combinations, but he was also a gifted problem composer.
I have chosen two of his works from his book Aufgaben fur Schachspieler. 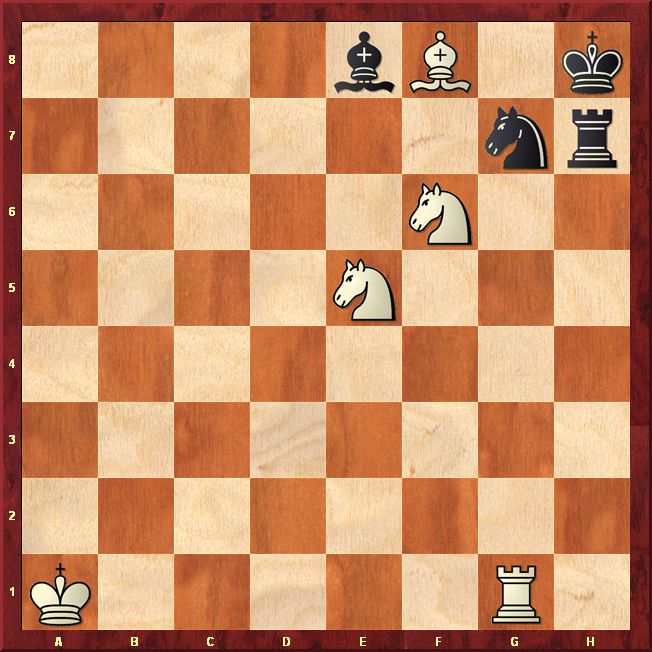 Thanks for your comments and ideas.
Paul Michelet from London wrote: "The first of the two puzzles by Anderssen in your latest excerpt from
Kavalek's Huffington Post column can be presented in a pleasantly improved
version, if we start wK on b2 and wR on g2. This gives 1Ka2!! as the only
the key, and wK now has eight squares available in the initial position, as
opposed to only three in the original ( 1Kc2? Ba4+! ). Thanks for an
excellent chess website!"

The next puzzle is well-known masterpiece, in which white eliminates all threats of stalemates. 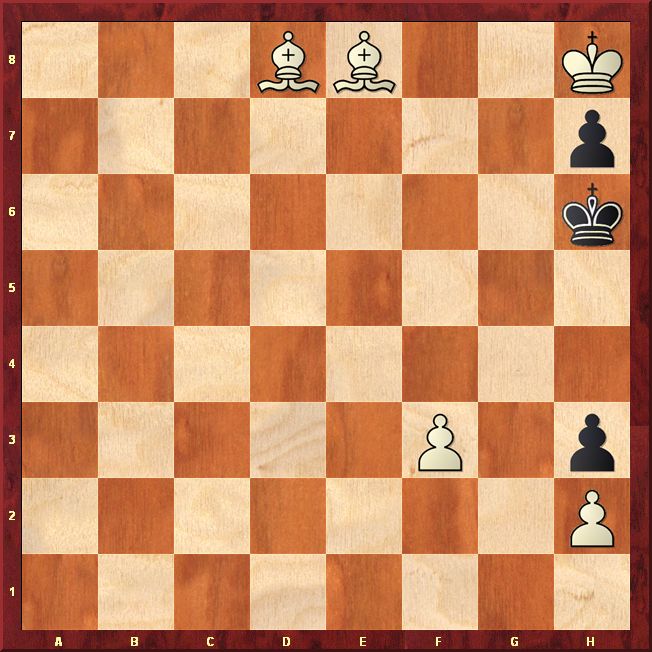 The first one got me puzzled for a a few minutes. The original Zugzwang is
obvious. Black's only move is Bh5. Tries with the Ne5 all fail. The black
bishop always manages to delay the mate until the 4th move and the rook has
annoying checks too. Then it dawned on me. Let the black bishop interfere
with the black rook and suddenly...it is obvious: Thus 1. Kb1 Bh5 (there
really is nothing else) 2.Rg6! Bxg6+ 3.Nxg6 mate.
What I like in this problem, is how the black bishop is first brought by
Zugzwang past the critical square g6, so that the white rook can be
sacrificed on g6 on the second move. The result is a terminal Zugzwang,
since the black bishop can not cross g6 gain.

The beauty here is not in the difficulty to find the solution, but in mating
with a king march after sacrificing a bishop.

Being impatient, I wanted to check my solutions with Rybka (3 only, but
still). What a surprise, when Rybka suggested Bxg7 with mate in 4 in the
first problem.

Of course, the little fish immediately recognises the mate in 3, once you
play Kb1, but it does not seem able to do so itself. Any explanations about
that weird behaviour?"