Two American grandmasters won the first major chess events of 2017.
Wesley So triumphed in the traditional Dutch tournament in Wijk aan Zee and Hikaru Nakamura prevailed in Gibraltar. Their victories were almost upstaged by the Women's world champion Hou Yifan. She deliberately lost a last round game in five moves with the white pieces. 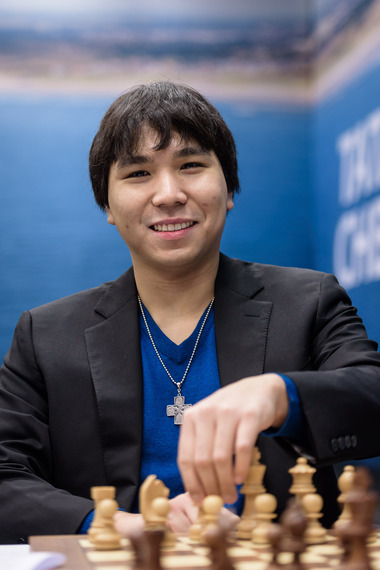 Wesley So secured the first place at the Tata Steel Chess tournament by beating Ian Nepomniachtchi of Russia in the last round, finishing a full point ahead of the world champion Magnus Carlsen. It was So's third consecutive tournament victory in a major event after winning the Grand Chess Tour in Saint Louis and London last year. He has not been beaten in the last 56 games.

Four players had a chance to win the tournament before the last round, but only So was able to pull away with the help of his Russian opponent. 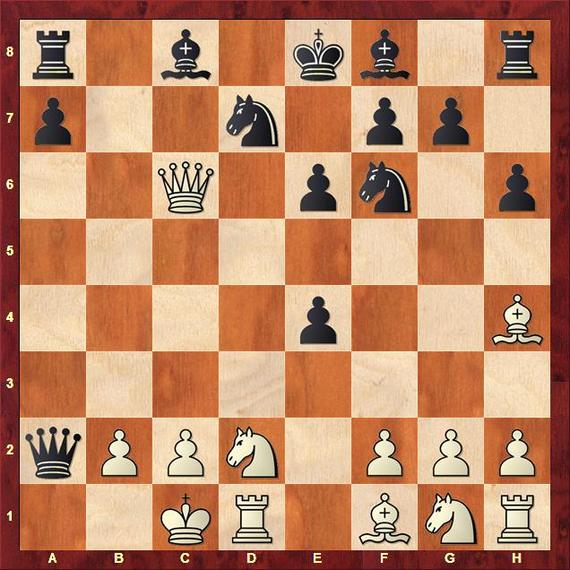 One day after the tournament ended, the former world champion Boris Spassky turned 80. In 1967 he won this traditional event in Beverwijk before it moved to Wijk aan Zee next year. We played in a small Kennemer Theater (photo). 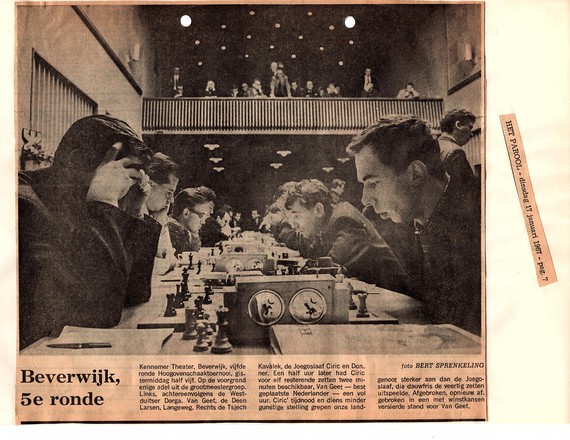 Spassky played three 24-game world championship matches and believed that you needed a full year to recover from each of them. He had a point.

Last November Magnus Carlsen and Sergey Karjakin finished their 12-game world championship match and within a month went to play the Rapid and Blitz world championsips in Doha, Qatar. Afterwards they hopped over to Wijk aan Zee and they must have been tired. How else to explain Magnus Carlsen's miss: 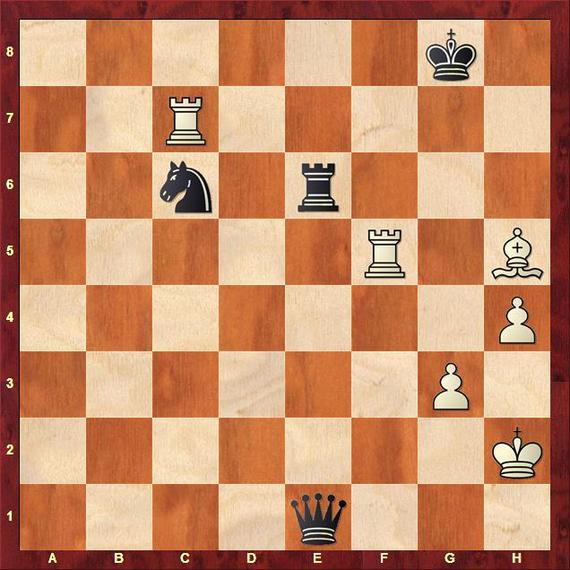 The long game extracted its toll the next day and Magnus lost to Richard Rapport. Even after he falters and does not play to his liking, Carlsen always hovers around the top. We used to say that 50 percent is a good score when a bad form hits.

Hikaru Nakamura won the Tradewise Gibraltar Masters for the fourth time (three times in a row). This year he shared the first place with a 8/10 score, but won the playoff matches. When the tempo of the game quickens, Hikaru becomes a tiger. He had to eliminate a dangerous Chinese opponent first. 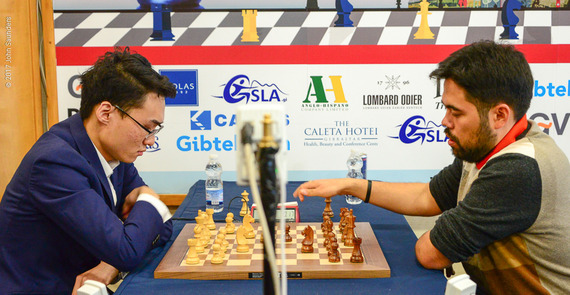 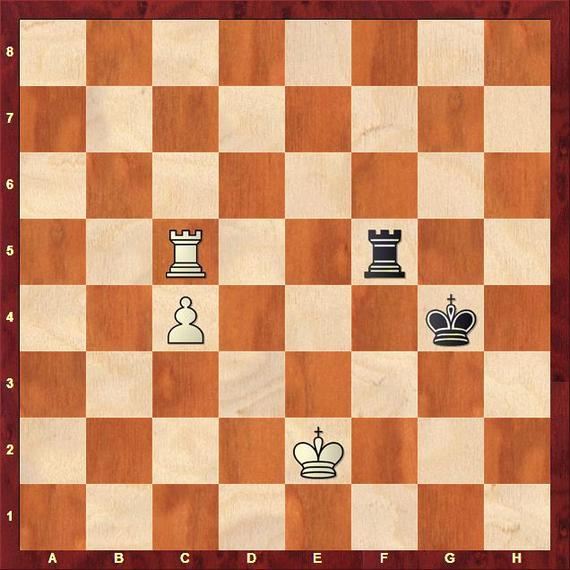 The position against Yu reminded me of the lessons Ludek Pachman was giving to the best Czech juniors more than 50 years ago. At one point the veteran grandmaster asked us: "How do we best cut the king from a pawn?"
"With a saw," a joker suggested, and the lessons were soon cancelled.
But we learned something about horizontal and vertical cuts.
Hikaru could have prevented the black king from crossing the sixth rank.

Nakamura won a decisive game in the final against the young Spanish grandmaster
David Anton Guijarro, 21, by shifting his pieces to the kingside.

The black rooks are like two clumsy giants, hard to move and no help on the kingside. Nakamura brings his heavy pieces in for the final attack. 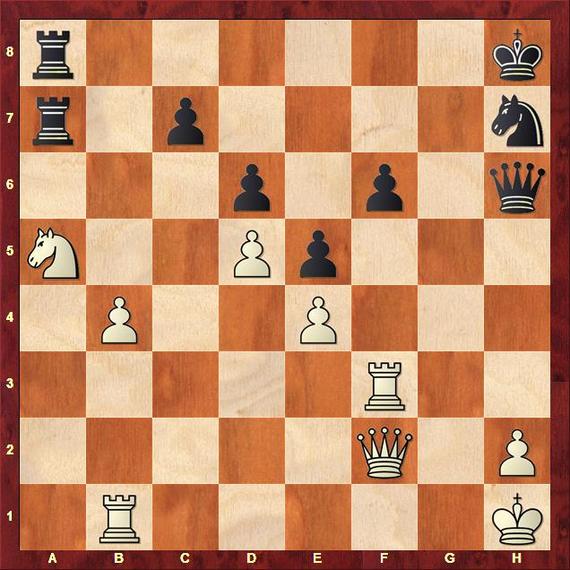 Nakamura will move to the sixth spot on the next FIDE rating list. Fabiano Caruana lost some rating points in Gibraltar and should slide to the third place behind So. The United States will have three grandmasters among the top six. They are ambitious: So, Caruana and Nakamura would like to become world champions, but the top ranked Carlsen has something to say about it. 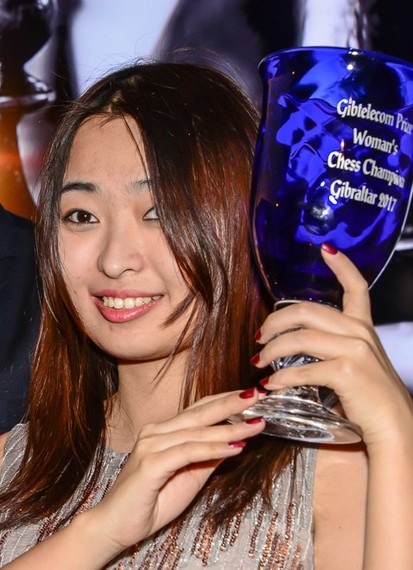 The Chinese Ju Wenjun won the women's top prize, scoring 7/10. We noticed her five years ago playing the sharp Chinese Donner variation . That was unusual. She must have been under the spell of her coaches. In Gibraltar, she celebrated her 26th birthday by defeating the current Women's world champion Hou Yifan. 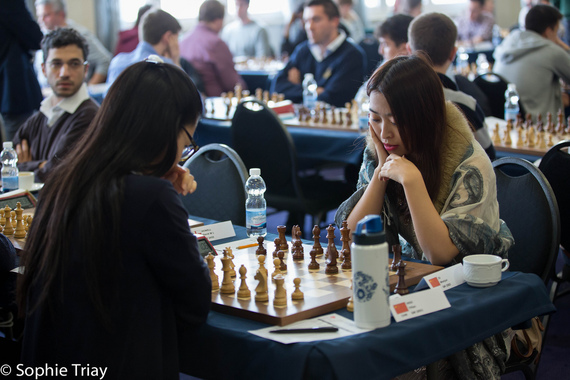 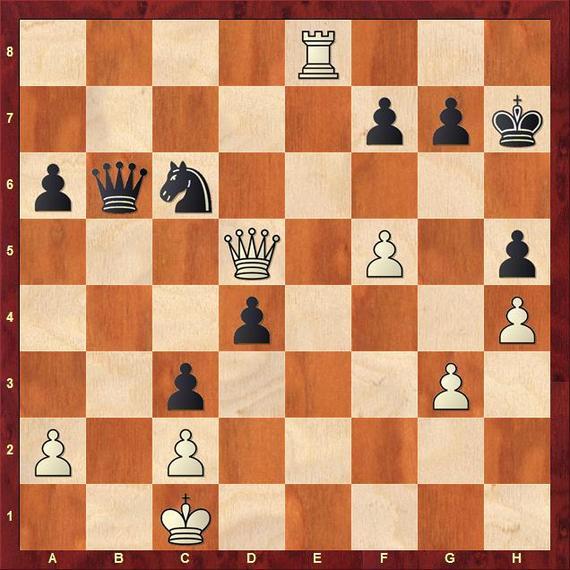 Some players were not happy with the pairings throughout the tournament. Hou Yifan played against seven women in 10 games and she didn't like it. In the last round, she was 25 minutes late, played five moves with the white pieces and resigned in protest. 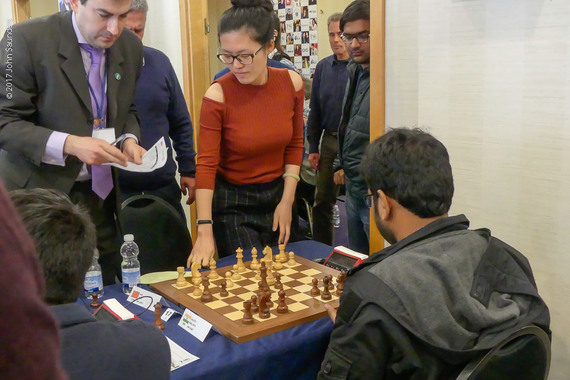 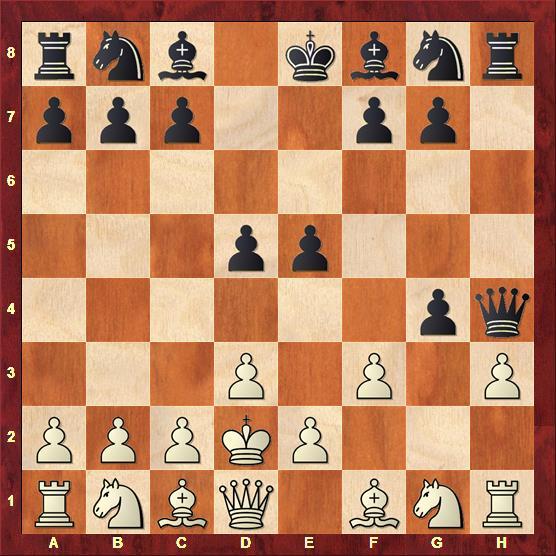 This was unfortunate for the organizers and for her personally. The game will follow her for the rest of her life. The organizers denied any pairing manipulation. "It was done by computers," they said.

Instead of the thrown game, we should have been talking about Hou's masterpiece that could have been a nice addition to the previous column. She sacrificed her queen for two minor pieces at move 16, continued positionally and 28 moves later reached this position:
Ider, Borya - Hou, Yifan
Gibraltar Masters 2017 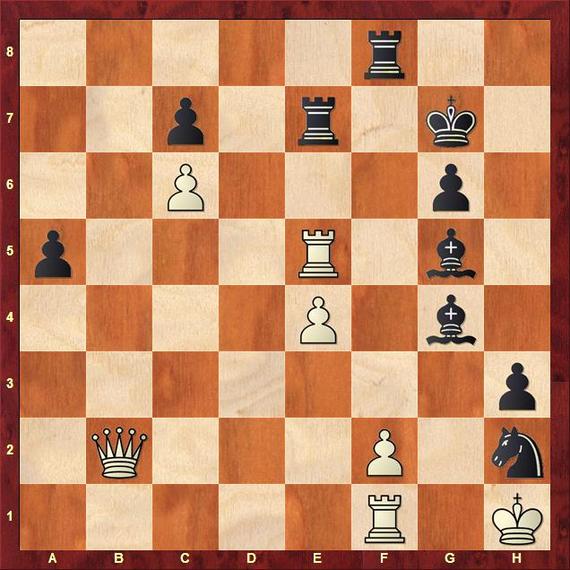 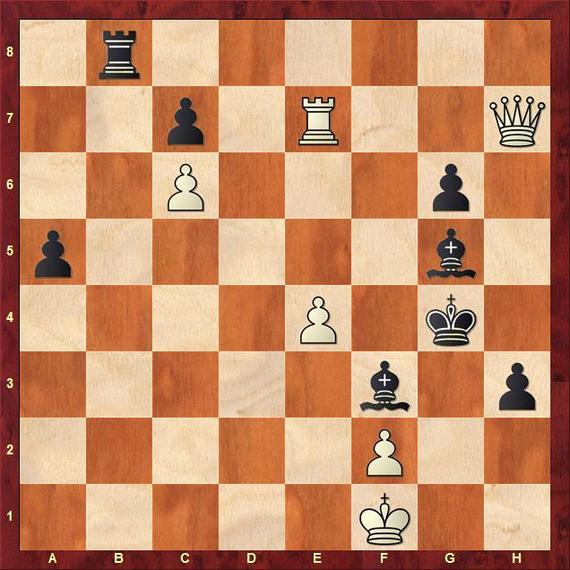