It was the most amazing move of the 2011 Chess World Cup in Khanty Mansiysk, Russia, a wonderful coup de grâce you don't see every day. And it could have been enough to play it, go home and enjoy it for years to come. But it was not all Peter Svidler had done at the World Cup this month. The six-time champion of Russia easily carved through the 128-player knockout tournament and won it almost as efficiently and convincingly as Novak Djokovic did the tennis Grand Slams at Wimbledon, Melbourne and New York this year. It was Svidler's greatest result. 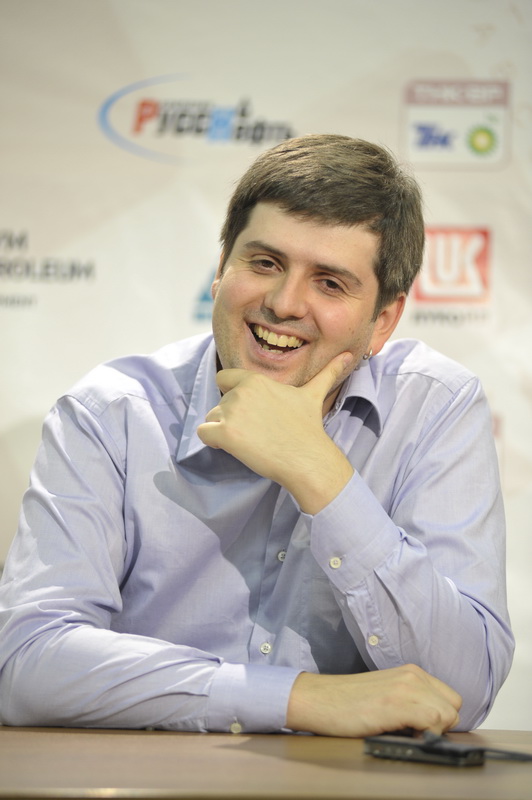 Svidler defeated his countryman Alexander Grischuk 2.5-1.5 in the final match.Vassily Ivanchuk of Ukraine finished third, eliminating his countryman Ruslan Ponomariov 2.5-1.5 in the match for the bronze medal. The top three players qualified for the next Candidates, a final 8-player event to determine the challenger for the world crown after 2012.

Sliding his rook towards Gata Kamsky's pieces, Svidler sensed that his astonishing move didn't belong to 21st century. In the computer age such a brilliant move is not usually allowed. It belonged to the games of Adolf Anderssen, the great German attacker who in the 1850s created both, the Immortal and the Evergreen games; or to the Belgian doctor who played chess with Humphrey Bogart.

Kamsky had to win the game and played the Spanish Opening cleverly. Svidler was outplayed. The U.S. champion not only won a pawn, but his pieces were swarming around the black king. But as it often happens in chess, out of desperation beautiful ideas are born. Svidler launched a counterattack that was gaining strength and suddenly Kamsky could not handle the storm. The surprising rook move was a "blow of mercy." 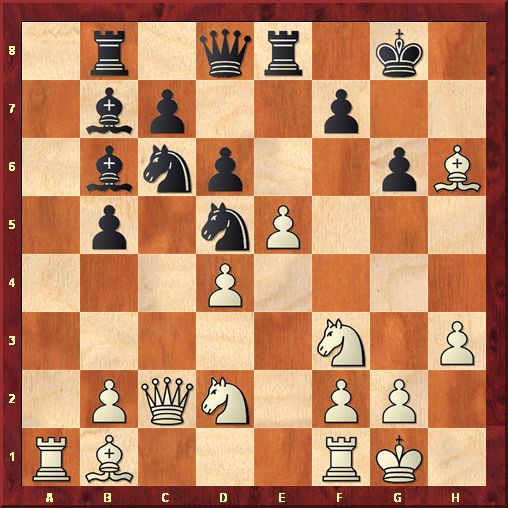 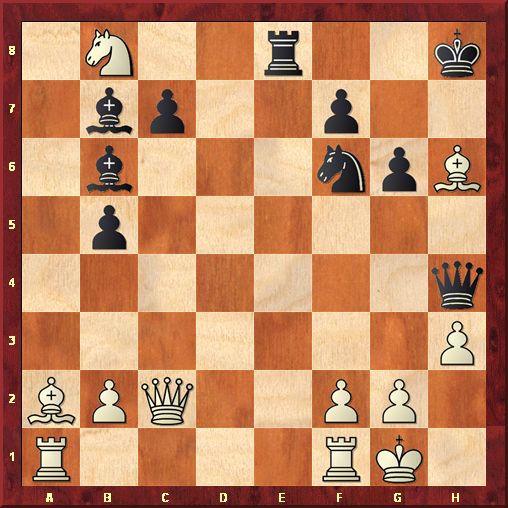 "But why am I starting this with 26...Qg3? This is where it dawned on me what was happening," Svidler explained his thinking process. )
27.Qc3 (After 27.Qxe2 Qg3 nothing stands in the way of black's light bishop; the diagonal a8-h1 can't be blocked and white is being mated on g2.) 27...Rxf2 28.Nc6 Rxf1+ ("...and I'm just collecting the entire chess set. It's a very nice feeling to make a move like Re2 on the board. It really doesn't happen every day. It's a great feeling. It's something you don't really see in the modern game because you never have an opportunity to do anything like that." - Svidler) White resigned.

During a team competition in Brussels in 1970 I met an older man who introduced himself as dr. Limbos. He put me quickly at ease, saying: "I love chess, but I do not have much time to play." I had not heard of him before and had not the slightest idea that it was the same dr. Paul Limbos who played chess with Humphrey Bogart during the filming of "The African Queen" in 1951.

Bogart did not know that Limbos was a strong player, strong enough to win the city championship of Brussels several times and the Belgian championship as well. Yet Limbos had a habit of making his opponents believe that he was just an amateur. Bogart agreed to play for a dollar a game with the Belgian doctor, but must have regretted soon his decision. Limbos was smashing him game after game even though Katharine Hepburn and Lauren Bacall kept helpfully filling Limbos's glass with whiskey in the hope to level the competition.

I didn't even know that dr. Limbos played for Belgium at the chess olympiads and when I had a chance to begin a reckless attack in Misha Tal's style, I jumped at the opportunity. The attacking material, a pair of bishops and the queen, was similar to Svidler's weapons. Soon I realized that my opponent, who acted like an amateur and spoke like an amateur was not playing like an amateur. He smashed my attack with an incredibly brilliant queen move, a game clincher one may produce once in a lifetime. 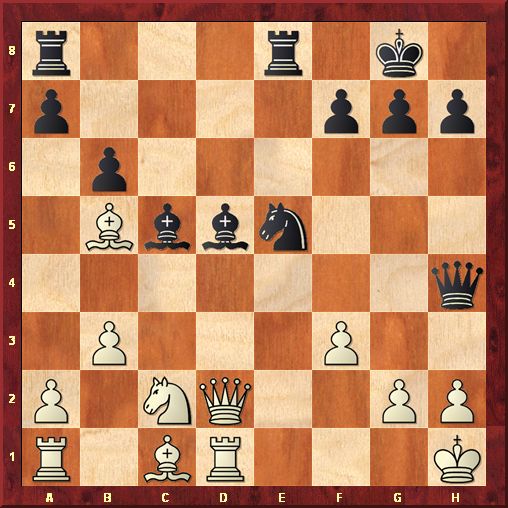 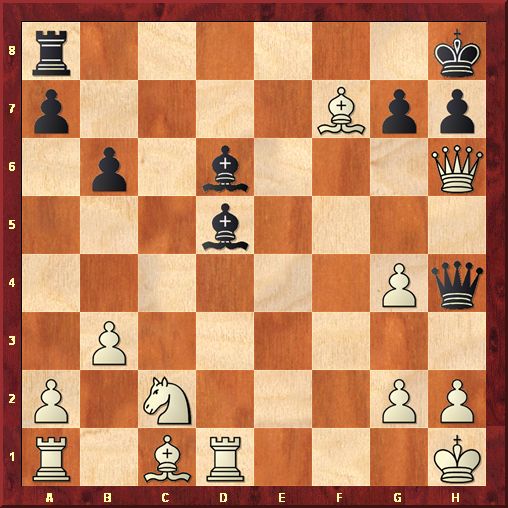 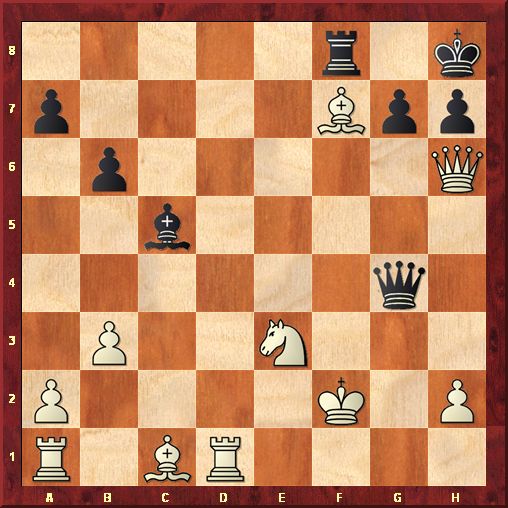 The German master Adolf Anderssen (1818-1879) was the world's leading player in the mid-19th- century. His attacks and combinations were remarkable and memorable. His friendly game against Lionel Adalbert Bagration Felix Kieseritzky in London in 1851 was called the "Immortal game." One year later in Berlin, he created the "Evergreen game" against Jean Dufresne. Svidler might had the former game in mind when he referred to Anderssen. The German maestro seems to be on the ropes when suddenly his white rook delivers the final blow on the same square as Svidler did with his black rook. Technically, the coup de grâce is the queen sacrifice on the next move. 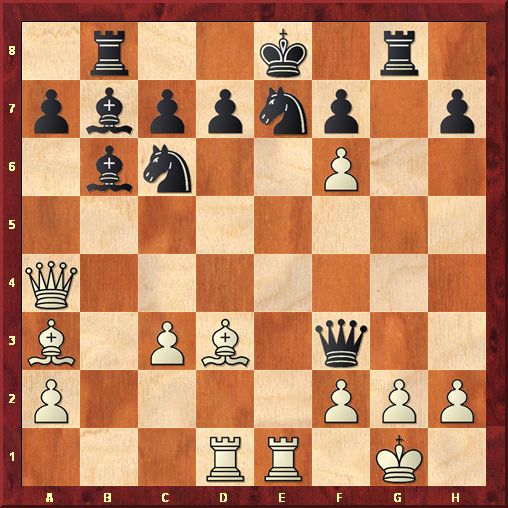