"You are exploiting poor people who are suffering! That's outrageous!" - Reed Brodsky, Chevron/Gibson Dunn lawyer to a supporter of the Ecuadorians

Sometimes the less you say, the more you say.

That's especially true when your opponent has a habit of making ill-advised and even moronic statements about the most important environmental case in history.

Take Reed Brodsky, a Gibson Dunn lawyer who defends Chevron in its eternal fight to evade justice in the Ecuadorians' oil contamination case. His firm has reaped huge fees battling impoverished indigenous groups in Ecuador who are trying to force Chevron to pay to clean up the contamination of their ancestral lands. (See this article, Chevron Work Gives Gibson Dunn A Boost.)

Brodsky and I recently engaged in a back and forth on the "ethics" of the 22-year-old lawsuit before a large audience at a legal conference sponsored by American Lawyer Media. 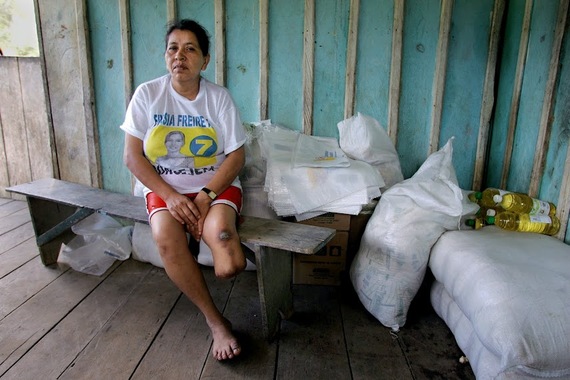 After I showed the audience pictures of the contamination and of the faces of the many people who may have gotten sick and died from being exposed to it, Brodsky pointed to me and exclaimed:

"You are exploiting poor people who are suffering! That's outrageous!"

Really? I thought. You are accusing me of exploiting poor people?

In response, I could have mentioned how Chevron is defending Texaco's exploitation of the poor people of the rainforest by deliberately dumping 16 billion gallons of toxic production water into the streams that rainforest villagers used for their drinking water, bathing, and fishing. (Chevron bought Texaco in 2001.)

All to save money.

Or, I could have reminded the audience of the 900 Olympic-size, unlined pits that Texaco built, full of oil and toxic drilling mud, and how Texaco placed pipes in the sides of them so when it rained the carcinogenic muck would run down directly into the streams. 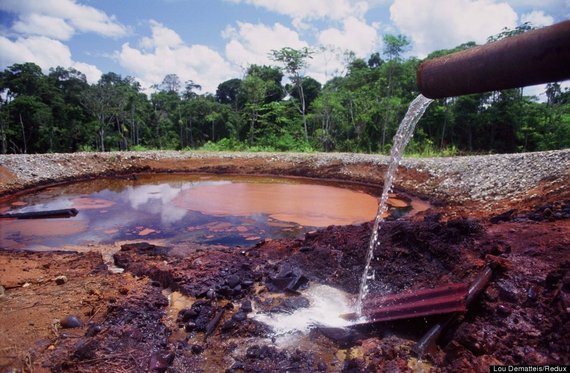 Again, all to save money.

Or, how Chevron has defended all of Texaco's actions as well as its so-called remediation of a small number of pits that really was nothing more than throwing dirt on top of the pits and calling it a clean-up, resulting in local villagers moving or building homes near the pits, thinking they had been cleaned when, in fact, they were as toxic as the ones not remediated.

Or how Chevron tried to cover up Texaco's contamination during the trial by manipulating soil samples by undercounting hydrocarbons, switching dirty samples for clean ones and then submitting them to the court as evidence, and how Chevron's "scientists" have argued exposure to oil and nasty chemicals in food and water isn't such a bad thing.

I could have closed out my response with "pot, kettle, black" but from the look of people's faces in the audience after Mr. Brodsky's declaration I decided to just let that statement sit in silence for a moment.

In this instance, saying nothing was more.

Which brings to mind other equally inane statements from Chevron over the years. The Chevron Pit, a blog written by the team of lawyers representing the Ecuadorians, features a number of them in a recent post.

Here are just a few.

Chevron lawyer Clarke Hunter before the Canada Supreme Court in December 2014 (I was in attendance), trying to block the Ecuadorians from seizing Chevron's assets in Canada as payment for the $9.5 billion judgment the oil giant refuses to pay (Chevron has no assets in Ecuador):

"There is danger in paying too much attention to fairness."

Yes, fairness is a dangerous thing when you are a multinational corporation trying to get as much oil out of the ground as possible using substandard drilling practices on the cheap, as was the case in Ecuador.

Not to be out chutzpahed, Chevron lawyer Doak Bishop of King & Spalding matched Hunter's rhetorical skill with this statement during arguments about why the Government of Ecuador, as in Ecuadorian taxpayers, should pay for the cleanup of Chevron's toxic mess:

"The plaintiffs (the Ecuadorians) are really irrelevant. They always were irrelevant."

Right. The people I am "exploiting" are actually not even relevant.

And, then there is the great Ted Olsen, also of Gibson Dunn and Chevron's lawyer who will argue against the Ecuadorians' appeal of a lower court ruling that blocked collection of their judgment.

The 2nd Circuit Court of Appeals scheduled the oral arguments for the week of March 30th, but Olsen asked for more time, figuring the Ecuadorians had waited for 22 years for justice, they could wait a few more weeks.

"In light of these...commitments, (a speaking engagement) as well as the voluminous record on appeal, scheduling oral argument for the week of March 30 will make adequate preparation difficult."

Difficult? Try living next to a Chevron pit and drinking the water.

If you can stomach it, there are more from where these came from on The Chevron Pit.