Congratulations are in order for Cheyenne Jackson. The 'Glee,' '30 Rock' and Broadway star married longtime partner Monte Lapka on September 3.

"It's official, after 11 years together, Zora's no longer a bastard. Married the best man I've ever known," Jackson wrote on Twitter, attaching a picture of the couple wearing white on a beach.

In October 2010, Jackson spoke to NBC New York about what his dream wedding would be like.

“Something small. My dream wedding involves just close friends and good music,” he said, adding, “Our dog would be there. Our dog, our daughter, Zora. ... Pretty boring, but something just nice and on the beach.” 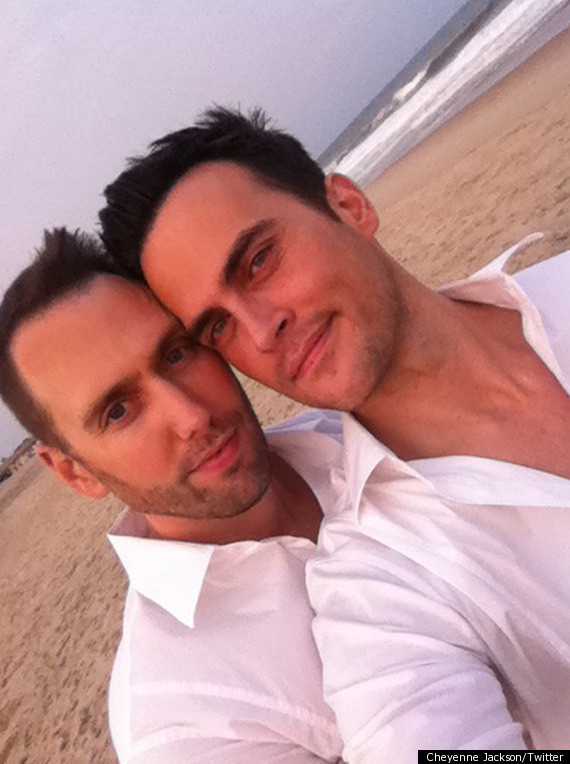