Roughly 2 million people turned out for this weekend's Air and Water Show in Chicago, so to get a prime piece of lakefront real estate, viewers had to get an early start.

“It gets crowded really quick. It picked up at 6 a.m.,” Cortez Gross, 41, who got to North Beach around 5 a.m., told the Chicago Tribune as he and his family watched the planes. “But we were up all night waiting for this. If we went to sleep, we probably wouldn’t have got here at that time.”

While many spectators flocked to the lakeshore, other Chicagoans and visitors capitalized on viewing parties and events, like one hosted at the Signature Room on the 96th floor of the John Hancock Center, where about 50 people got an eye-level view of the show for $130 apiece, CBS Chicago reports.

The 54th annual show represented the 25th year announcer Herb Hunter led crowds through the spectacles, according to ABC Chicago. Hunter, a pilot and veteran announcer of air shows across the Midwest, told the station that while the event "has grown to be a monster show...it still has the same heart."

No arrests were reported, but police were on the scene where a group of anti-war protesters staged a "die-in" and other demonstrations expressing opposition to the event, which they accused of being a promotional tool for the U.S. military, the Chicago Sun-Times reports.

“Our counter-recruiters [were] there to say: the warcraft put on display today are precisely what we should be organizing against," demonstrator Matthew McLoughlin said in a statement, according to the Sun-Times.

Despite early reports of possible showers Sunday, Chicago had beautiful weather for the weekend festivities.

Check out photos and video from this weekend's Air and Water Show: 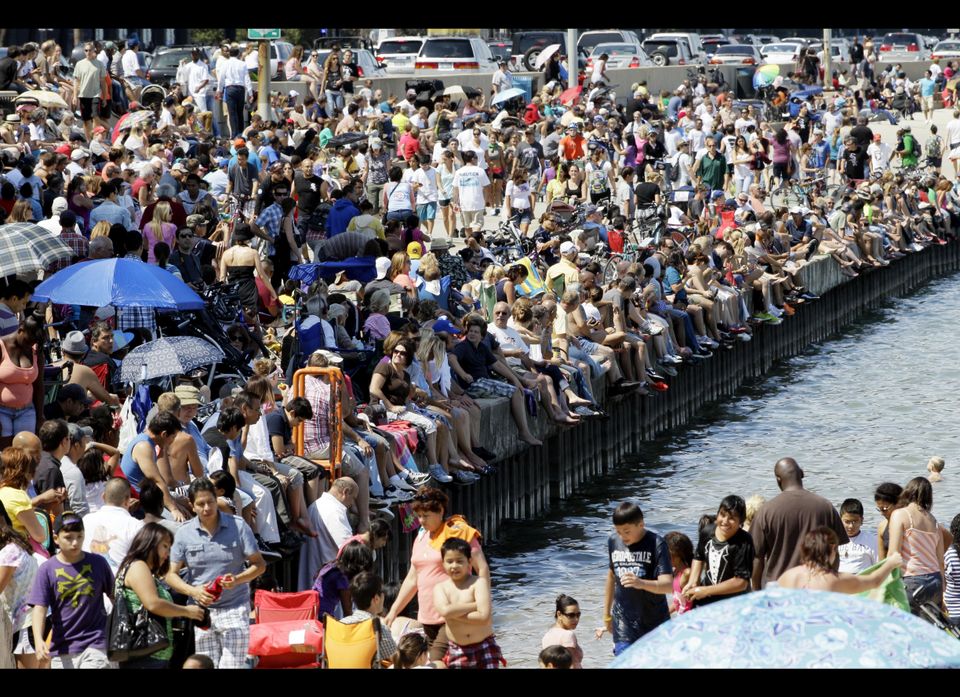