Summer's coming to an end and you're torn. You want a weekend at the beach, but you could also use a little culture, a bit of big city shenanigans.

Why not have it all in the beach town of... Chicago. The third largest city in America has more than 26 miles of free, public beaches (more, in fact, than Bermuda), all with gorgeous views of Chicago's stellar skyline. Let me just say that Oprah did NOT abandon Chicago because of its summers. 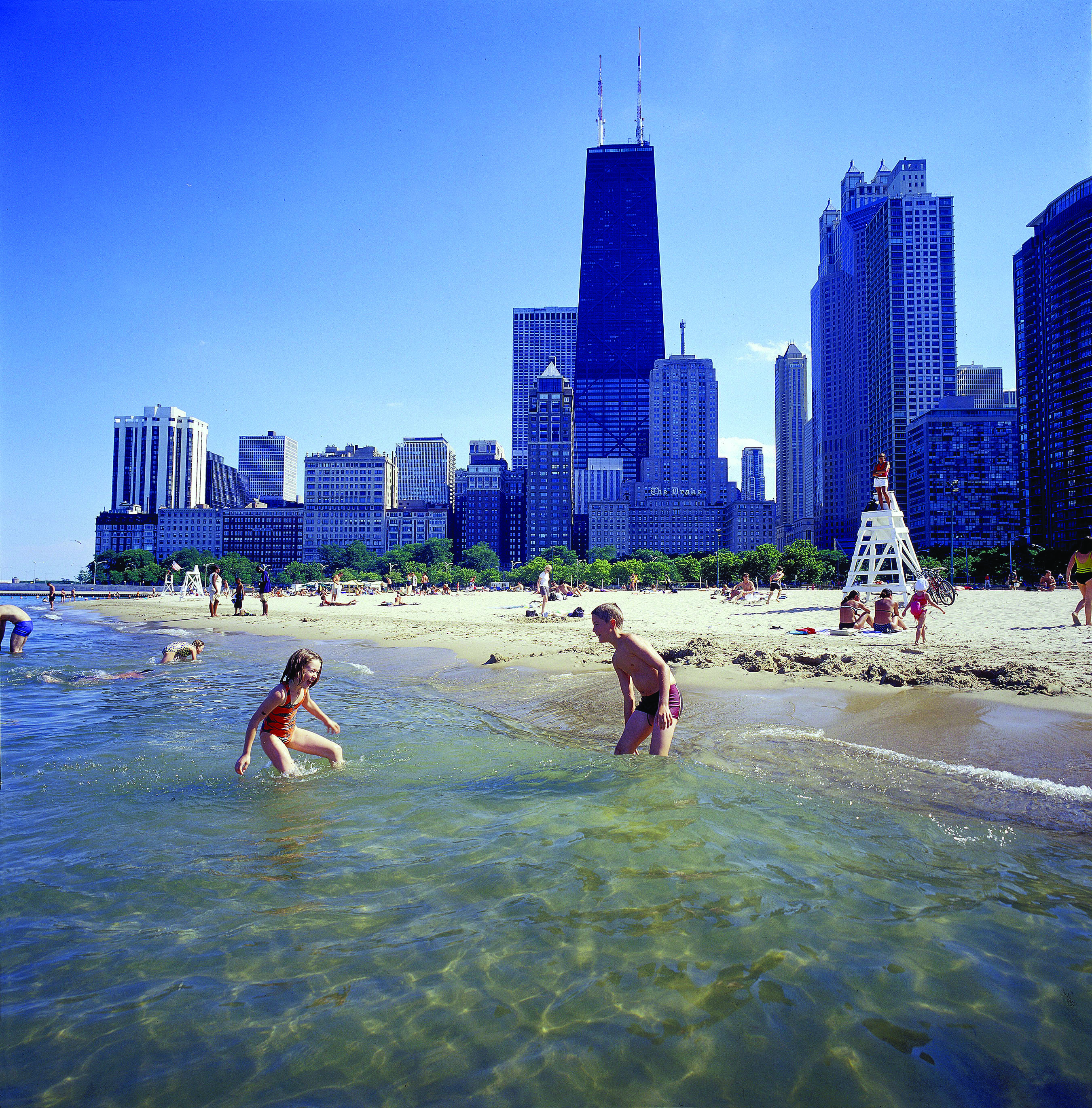 But even better than all the beach volleyball, the laidback vibe, the bikes, the piers and the soul-warming sand is that you can walk or ride a bike (look for the powder blue fleet of 700 DIVVY bikes that can be rented for a mere $7 a day) to Michelin-starred restaurants, two world-class conservatories, fabulous museums and shopping that plays in the major leagues with New York, London and Paris.

I'm more of a blue jeans kind of gal so I chose a first night on the town at Second City, the iconic comedy club that spawned everyone from John Belushi and Gilda Radner to Tina Fey and Stephen Colbert. From North Avenue Beach where you can even get WiFi while perfecting your tan lines, it's a short three-quarter-mile stroll. Can someone say, "piece of cake?" You probably rack up that many steps just walking back and forth from your beach towel to the lake.

I've been to Second City several times and it never disappoints. Unlike Saturday Night Live that over the years has recruited more than a quarter of its staff from this Chicago institution and tends to be uneven, Second City is consistently, pee-your-pants funny.

Started in 1959, this comedy improv troupe that holds no cow sacred combines improvised and scripted scenes with new material generated through audience suggestion during the unscripted second act.

On night two of my beach vacation to Chicago, I caught the Tony-award winning Book of Mormon, not an easy feat since it has rolled over Chicago like a deviant tidal wave.

From 12th Street Beach, the beautiful sandy beach where Chicago's second World's Fair was staged, it's a short two-mile bike ride to the Bank of America Theatre where the Trey Parker/Matt Stone send-up of organized religion has been selling out night after night.

The Chicago production that some claim outdoes even the original (Trey Parker did direct when it debuted there last December) runs through October.

So why decide? In Chicago, you can beach and big city in one great weekend.