Chicagoans awoke to a deep chill Tuesday morning with a freeze warning overnight and the possibility of early evening snowfall.

That possibility turned into a reality in the early afternoon when snow began to fall around 12:20 p.m. at Midway Airport and continued through 12:40 p.m. before it changed to rain, according to the Chicago Weather Center. Snowfall was also reported at O'Hare Airport and a number of west and southwest suburbs Tuesday.

Meteorologists previously said a first snow of the season was most likely along the I-80 corridor around 6 p.m. Tuesday. Any snow will likely be a wintry mix with rain, making for a "light slushy accumulation" on the ground, (so, not quite graupel) National Weather Service meteorologist Matt Friedlein told the Tribune.

The south and southwest suburbs stood a greater chance of seeing the white stuff Tuesday, while those living north of the city will only have the blast of cold air ripping through the area: A Tuesday high of 45 degrees in the city will drop down below freezing by evening, CBS Chicago reports.

Last year, Chicago went until Nov. 12 before seeing any snow with the first measurable snowfall holding out until Dec. 20.

This story was updated to reflect reports of area snowfall Tuesday afternoon. 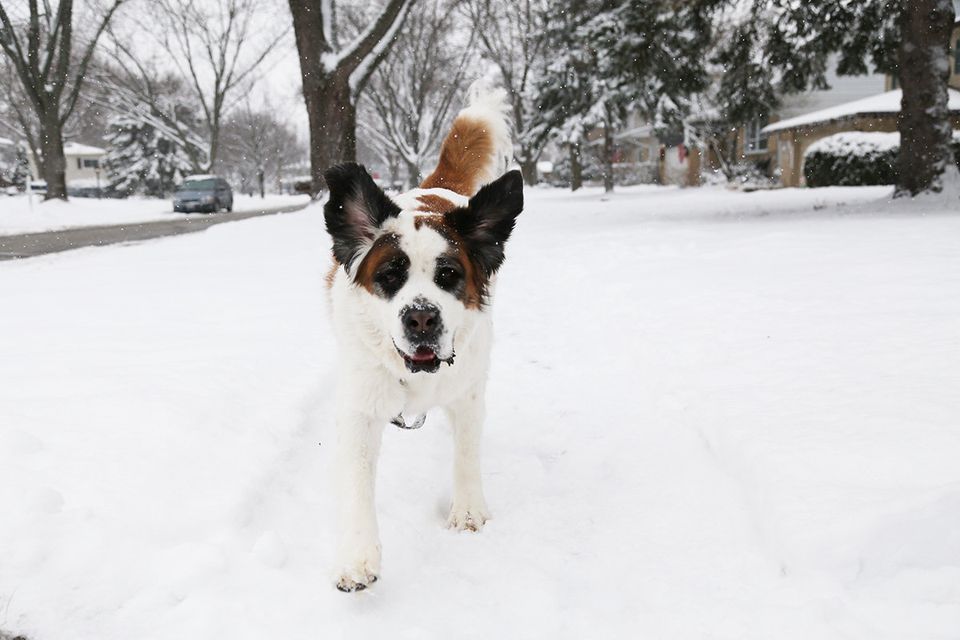