In the latest development in the ongoing standoff between food truck operators and some brick-and-mortar restaurant owners, the Chicago City Council voted to allow on-board cooking Thursday; but neither side is claiming the ordinance's advancement as a victory.

Food truck operators say that the 200-feet rule, which forbids them from parking and doing business within 200 feet of a restaurant and carries fines of up to $2,000 for violations, gouges their sales and impedes them from doing business in pedestrian-heavy areas.

While the new ordinance, championed by Mayor Rahm Emanuel, would allow on-board cooking, which was previously forbidden, and lifts the previous restriction on selling food between 10 p.m. and 10 a.m., food truck advocates say it's not enough. Last-minute changes made before the four hour License and Consumer Protection Committee hearing included a ban on operating between 2 and 5 a.m. and on operating in vacant lots, even with the property owner's permission, the Chicago Tribune reports.

"We are not looking for zero regulations," Amy Le, Co-owner of DucknRoll Food Truck and Founding Member of the Illinois Food Truck Association, wrote in a HuffPost Chicago Debate with Ald. Joe Moreno (1st). "When it comes to protecting the health and safety of our patrons, we are 100 percent on board; but using government power to protect the interests of one business over another is a different matter."

But restaurant owners worry that the new ordinance affords the trucks too much freedom, allowing them to poach customers from Chicago businesses that are already struggling.

"I think what's going to happen more than anything is there are going to be confrontations between restaurant owners and the food truck operators," Glenn Keefer, the owner of Keefer's, a restaurant in the trendy River North area, said earlier this week.

Ald. Tom Tunney (44th), owner of Ann Sather’s Restaurants, disagrees: he told the Chicago Sun-Times that despite the city's reputation as a culinary capital, Chicago lags behind other cities in the food truck industry, something he thinks should change.

“This ordinance is not the be-all-and-end-all. But, it’s important that we get the truck rolling and start working with this industry," he told the newspaper. "The sooner we get going, the more we can learn from each other."

The full city council is expected to vote on the ordinance next week, according to WBEZ. It will likely be approved. 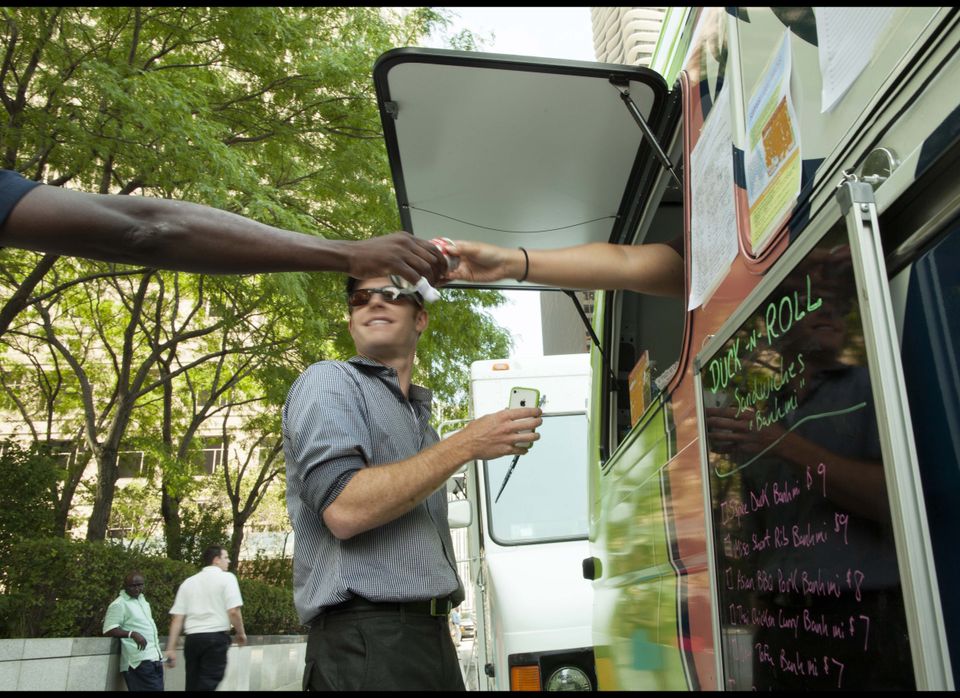 1 / 10
In this July 12, 2012 photo, a customer is seen purchasing a drink from the Duck N Roll food truck in downtown Chicago. A proposed ordinance would finally allow food trucks to cook and prepare food but continue to ban them from setting up shop any closer than 200 feet away from restaurants and capping the time they can stay put in one spot at two hours. The full City Council could vote on the proposal as soon as next week. (AP Photo/Sitthixay Ditthavong)
AP