The Chicago area saw its third consecutive day of triple-digit temperatures Friday, a triad of scorchers only seen twice before in the city's history.

The National Weather Service forecast a high of 103 degrees Friday, the same as the high temperature the city hit Thursday, ABC Chicago reports.

The thermometer hit 103 degrees Friday at O'Hare in Chicago, topping the previous record high temperature for the day: 99 degrees, set in 1988.

The temperature registered only two degrees short of the highest temperature ever recorded in Chicago -- 105 degrees, set on July 24, 1934.

The heat has contributed to at least two deaths to date in Cook County, the Chicago Tribune reported early Friday, as the city prepared for its seventh consecutive day of 90-plus degree weather.

The Sun-Times reported late Friday afternoon that the number of heat-related deaths countywide was up to six this week.

An excessive heat warning for much of the Chicago area has been extended through 4 p.m. Saturday afternoon when a cooler front will move into the area, bringing with it some long-awaited relief.

The heat led to the cancelation of all regularly scheduled Chicago Public Schools summer classes and sports activities Friday, NBC Chicago reports, marking for the second day in a row that CPS classes were canceled due to the weather.

The sweltering conditions have also contributed to roads buckling throughout the area, including one in Chicago's South Loop, the Chicago Sun-Times reports.

Area residents are encouraged to check on their neighbors, especially the elderly and others susceptible to the extreme conditions. Those without air conditioning are urged to go to a cooling center -- such as a public library or police station -- to help them beat the heat. 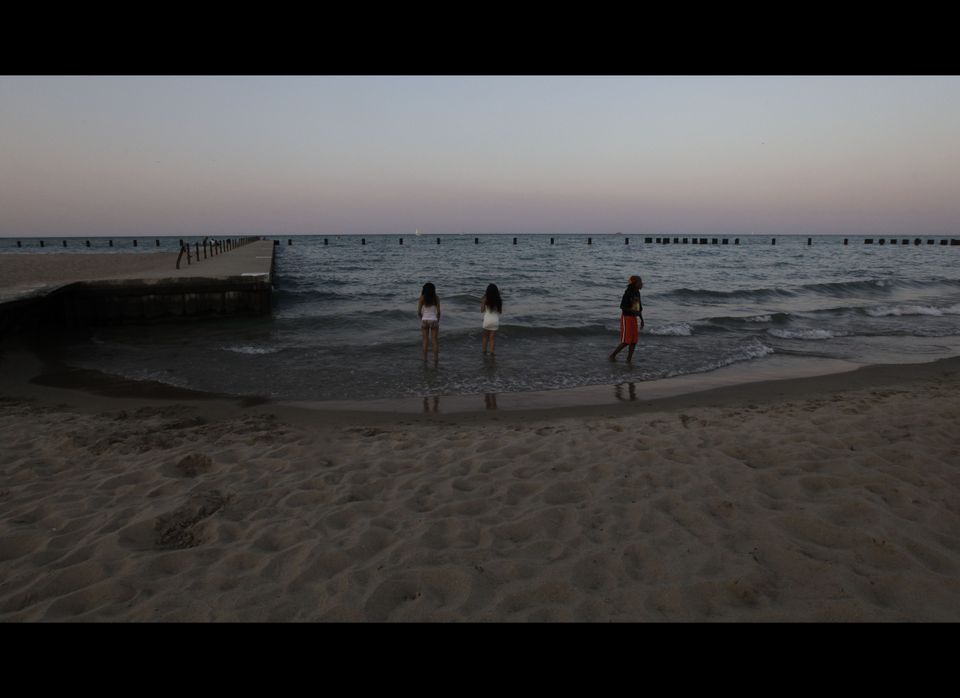 1 / 28
People enjoy in the Lake Michigan at North Beach in Chicago, Thursday, July 12, 2012. The Chicago area headed for another 90-degree high away from Lake Michigan Thursday afternoon. It marks the 26th time this year that area temperatures have surged to such levels. (AP Photo/Nam Y. Huh)
AP