Perhaps no American city embodies the notion of "if there's a will, there's a way" more than Chicago.

The muscular, can-do spirit of the city that reversed the flow of its river and gave birth to the modern skyscraper has been captured in the new Art Institute of Chicago exhibit "Chicagoisms," but its lessons reach far and wide.

"Chicago, by virtue of developing so quickly, took on exaggerated characteristics -- and produced exaggerated results," art historian and University of Illinois at Chicago professor Jonathan Mekinda told HuffPost. Along with architectural theorist and fellow professor Alexander Eisenschmid Mekinda co-organized and curated the exhibition. Eisenschmidt, in collaboration with Mekinda, also edited the recently published book "Chicagoisms: The City as Catalyst for Architectural Speculation," which served as the inspiration for the exhibit."

"Chicago is an importer and exporter of architectural ideas," Eisenschmidt said. "['Chicagoisms'] is less about examples of good or bad ideas: It's about these examples being productive ... These attitudes were important in shaping architectures and urbanists."

"In terms of what's presented at the exhibition, we're not interested in conventional terms of success or failure," Mekinda added. "We're interested in the ways the city serves as a laboratory for new ideas."

The exhibit runs through Jan. 4, 2015, but if you can't make it to the Windy City, Chicago can still inspire you. Below are five lessons from its astonishing growth that should inspire other cities to take big risks: 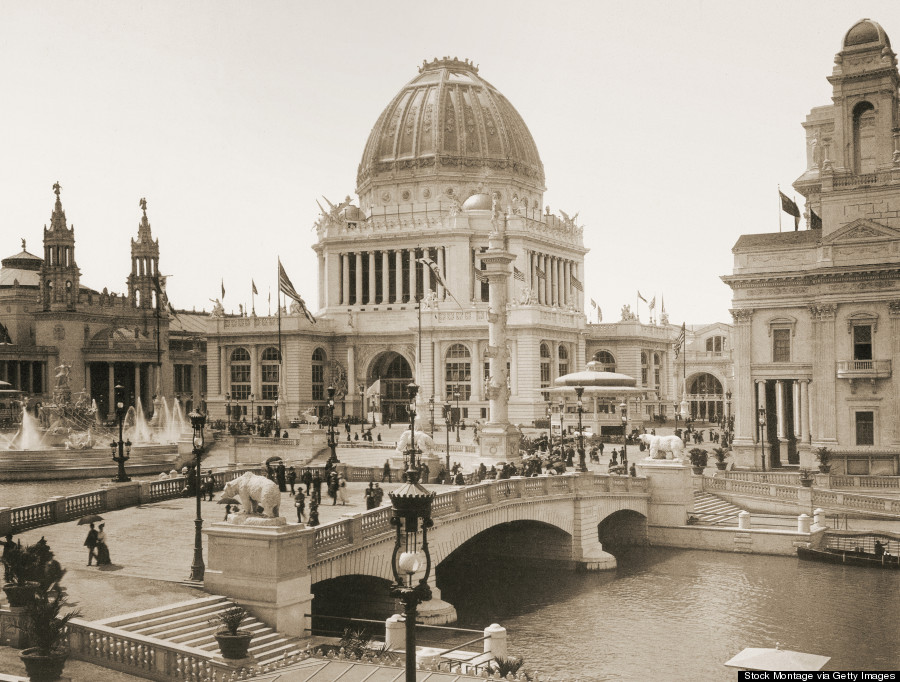 View of the Administration Building, as seen beyond a bridge over the Basin in the White City section of World's Columbian Exposition. Chicago, Illinois, 1893. (Photo by Stock Montage/Getty Images)

"Chicago is a metropolis built in the prairie in the middle of nowhere," Eisenschmidt said. "But with the advent of railroad and ocean liner, the city connected itself to the world -- there's even a map that shows Chicago as the center of the world. The location provoked a wishful connectivity."

A little more than half a century after it was chartered, Chicago transformed itself into The White City, actually becoming the center of the world for the 1893 World's Fair. More than 26 million visitors traveled to Chicago to attend. 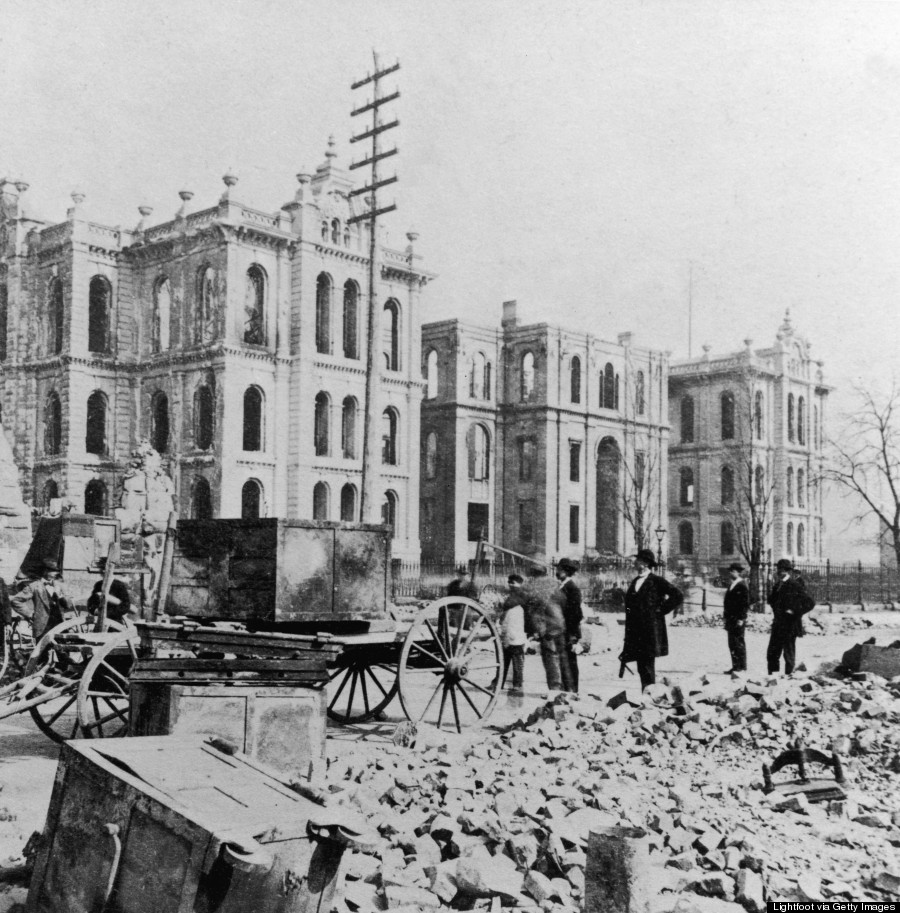 A group of men stand with a wheeled wagon, surveying the damage in front of the Court House following the great fires of October 8 - 10, 1871, Chicago, Illinois. (Photo by Lightfoot/Getty Images)

Incorporated in 1837, Chicago had three solid decades of rapid growth before the city burned to the ground in the Great Chicago Fire of 1871.

"The Great Chicago Fire is a watershed moment," Mekinda said. "There was an immediate sense among citizens that the fire created a kind of opportunity. In just 70 years the city has pretty much grown from nothing."

From the ashes, Chicago built bigger and more ambitiously.

"After the Chicago Fire, The Chicago Tribune would announce [the city's rebirth] couldn't have done without the fire," Eisenschmidt said. "It was a real optimism and a grander lesson -- not only for Chicago but for other cities."

3. Bend The Laws Of Nature 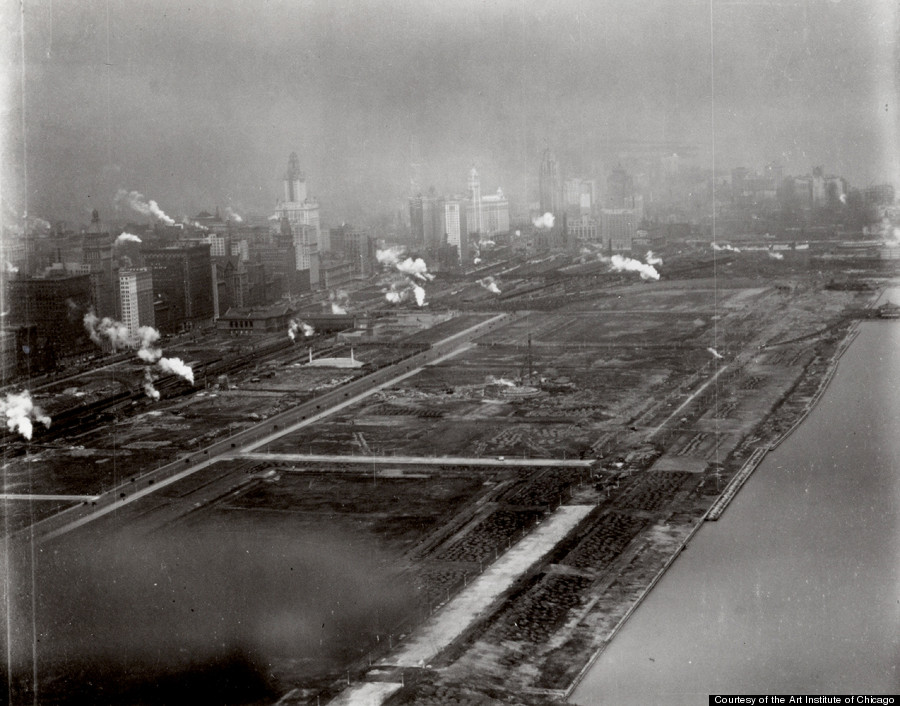 The city reversed the flow of the Chicago River -- twice! -- to solve sewage problems and make nature submit to its needs. In the same way, when Chicago's natural shoreline proved to be too sandy and marshy for the growing city, landfill transformed the natural landscape into more useable space which is now home to some of the city's most popular areas, like Grant Park.

4. If You Need An Icon, Just Invent One 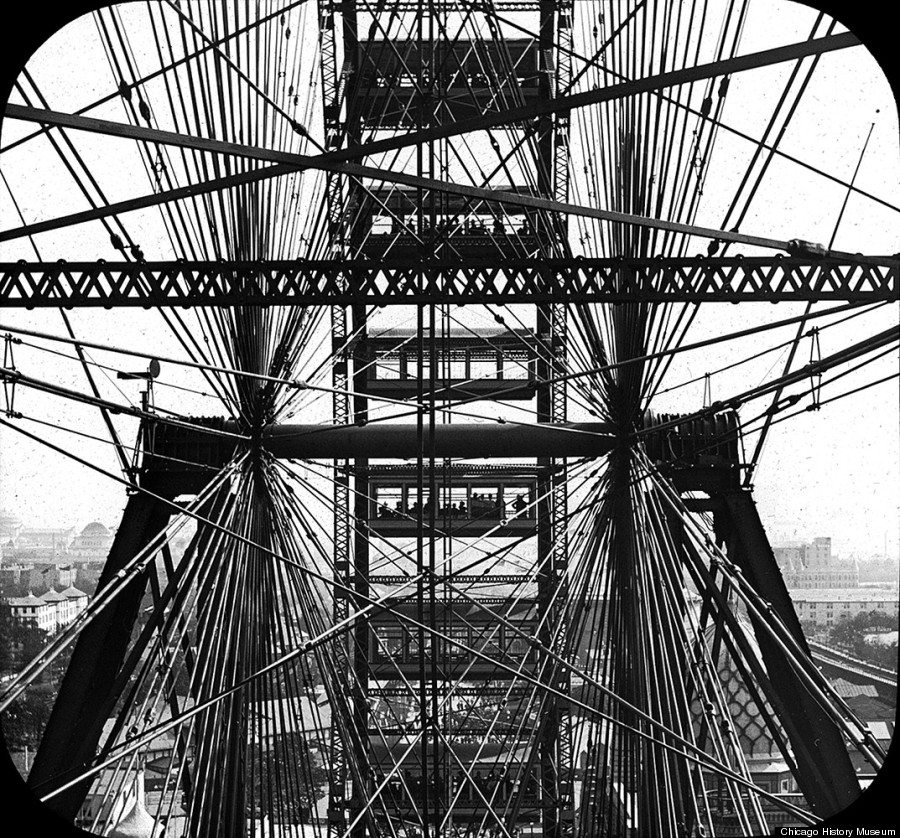 The first “Ferris Wheel” at the World’s Columbian Exposition, 1893. (Courtesy of the Chicago History Museum)

The first-ever Ferris wheel was built because Chicago didn't want to be outdone by the 1889 World's Fair in Paris, where the Eiffel Tower had been constructed to form a sensational entrance arch. The immediately iconic engineering marvel was dubbed the "Chicago Wheel" -- a name by which Ferris wheels are still known in South America, Eisenschmidt said.

"The Ferris wheel described at the time as a moving building or a moving Eiffel Tower, because Chicago wanted something that would compete [with Paris]," he explained. "It works at the urban level: It becomes this spectacular new iconography within the city."

5. The Glass Is Always Half Full 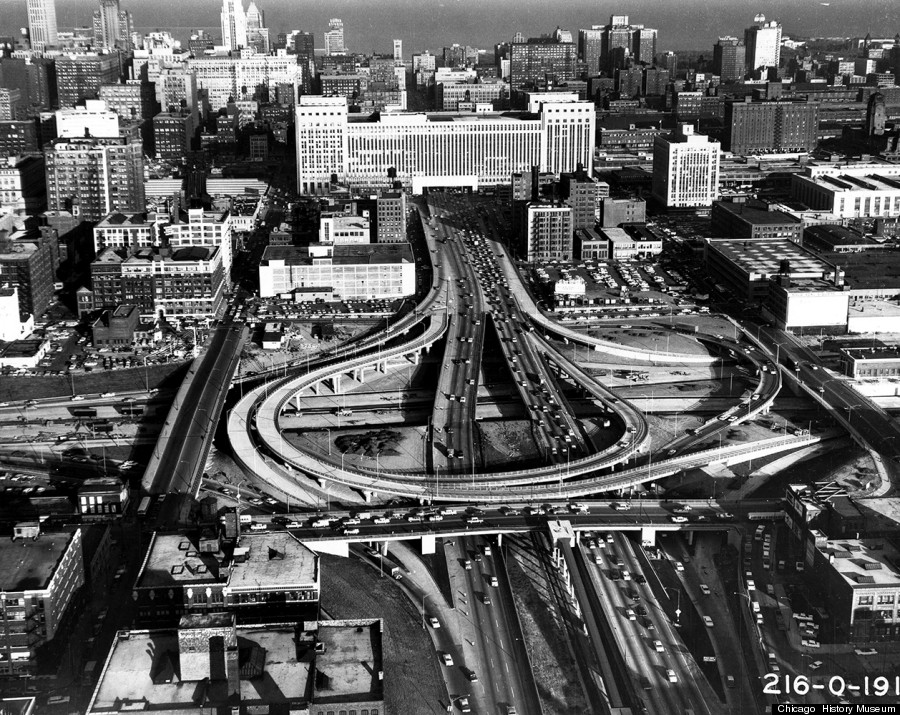 The “Circle” Interchange, ca. 1965. (Courtesy of the Chicago History Museum)

"A 'failure' but an impressive example is the circle interchange," Mekinda said. The massive expressway junction, built in the 1950s, is a notorious bottleneck and is now being re-done. Yet Mekinda likens "The Circle" to the sprawling Merchandise Mart in Chicago that was once an apparel and home goods destination, but now thrives as the Midwest's answer to Silicon Valley.

"It's in a constant state of reinvention," Eisenschmidt said. "It's not being used for its original purposes, but it's constantly being reinvented. Now it happens everywhere. I think it's the hallmark of a great city." 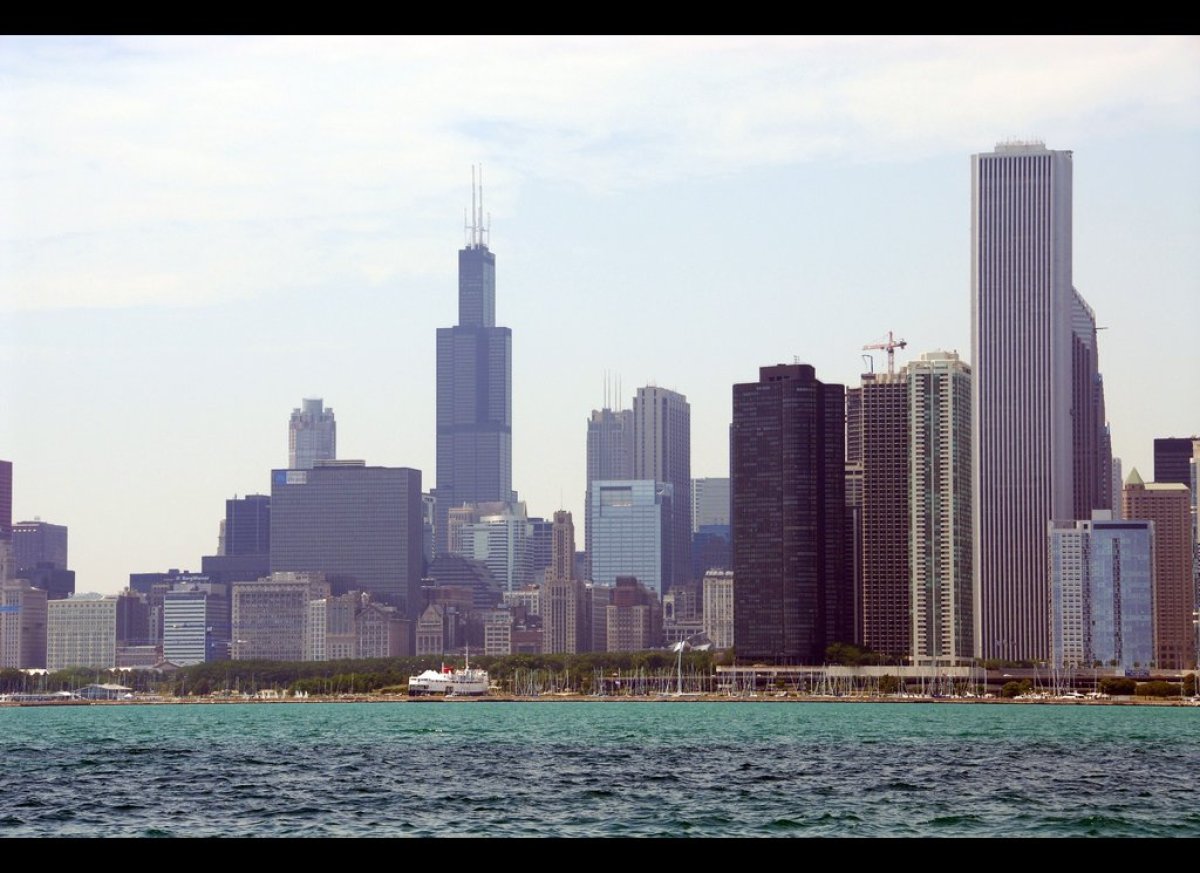