The 1980s in Chicago: The shorts were shorter. The hair was poofier. And the Chicago Marathon was sponsored by the city's iconic working-man's beer, Old Style.

With the starting gun on the 36th Chicago Marathon firing Sunday, we dug up this vintage TV gem (embedded above) from the very first year Old Style sponsored the race.

The Old Style name (which seems to be slowly disappearing from the Chicago sports world) hung around for several years until LaSalle Bank -- later absorbed by the current sponsor, Bank of America -- picked up chief sponsorship in '94.

There are at least eight runners in Sunday's marathon who can speak to how the race has changed over the years having run every single Chicago Marathon since its inception in 1977.

“As long as my body holds out, I’ll be back,” 72-year-old Chicagoan and Chicago Marathon lifer told CBS.

When the race started, the entry fee was just $5 -- a paltry sum compared to this year's fee of $175. For the eight lifers, however, the marathon waives their fee and lets them pound the pavement free of charge.

Good luck to all the runners Sunday as they're runnin' through the heart of the heartland! 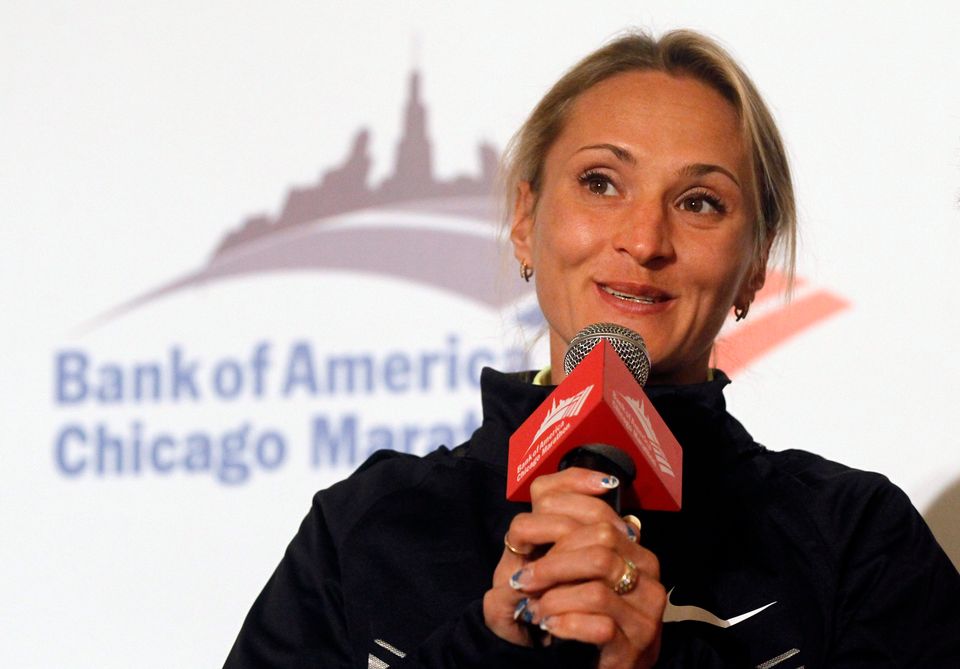 1 / 12
Liliya Shobukhova
Liliya Shobukhova from Russia responds to a question during a news conference of elite runners participating in the Chicago Marathon Friday, Oct. 5, 2012, in Chicago. The race will be run Sunday, Oct. 7. (AP Photo/Charles Rex Arbogast)
AP