Former congressman and White House chief of staff Rahm Emanuel won the most votes in Tuesday’s Chicago mayoral election, but he failed to receive the degree of support needed from voters to avoid a runoff election in April.

In his quest for a second term as Chicago mayor, Emanuel won 45 percent of the vote with 97 percent of precincts reporting. Election law states that should the winning candidate in a municipal race fail to win more than 50 percent of the overall vote, he or she must face off with the second-place challenger in a separate runoff election.

That election will take place April 7 between Emanuel and Cook County Commissioner Jesus “Chuy” Garcia, who outperformed recent polling on the race to win 34 percent of the vote Tuesday. The Associated Press confirmed Emanuel is heading to a runoff.

In the 20 years since Chicago’s mayoral elections have consisted of one election potentially followed by a runoff, an incumbent mayor has never before been forced into runoff.

Two years ago, Emanuel’s paltry approval rating seemed to indicate that the mayor was vulnerable as he looked toward reelection. Criticism of Emanuel only increased after the school board he appointed voted, in May 2013, to close 49 of the city’s public schools, largely in minority neighborhoods, all at once. It was the city's largest mass public school closure on record.

Violent crime and controversy over the city’s red-light cameras further angered many residents, but critics of Emanuel had difficulty fielding a candidate with a high enough profile to defeat the mayor. Early favorites, like Cook County Board President Toni Preckwinkle, ultimately opted not to enter the contest, while Chicago Teachers Union President Karen Lewis, who had all but declared her candidacy, abruptly withdrew from the race in October 2014 after she was diagnosed with a serious illness.

Lewis later threw her support behind Garcia, who says the fiery labor leader essentially talked him into running.

Challengers to the mayor also struggled with fundraising. While Emanuel raised some $15 million in his campaign, almost half of which he spent on TV ads, the next best funded candidate was Wilson, who raised more than $2 million, most of it his own money.

The barrage of ads, in addition to a last-minute visit from President Barack Obama, appear to have helped Emanuel’s approval rating climb significantly in the weeks leading up to the election. The latest pre-election poll showed the mayor inching toward the 50-percent-plus-1 mark he would have needed to hit to avoid a runoff.

However, Garcia and his fellow challengers had some success painting Emanuel as out of touch with Chicago's neighborhoods and obsessed instead with the city's central business district and tourism reputation. Garcia was particularly critical of Emanuel for not hiring 1,000 new city police officers, as he had said he would do during his 2011 campaign. Garcia has insisted he would make good on that promise but has offered few details on how the cash-strapped city would finance it.

Garcia tweeted Tuesday night on the heels of the runoff news:

This win proves that a movement of people like you can beat a political machine backed by billion-dollar corporations. On to April 7th.

While voter registration was up in Chicago leading up to the election, compared to 2011 numbers, voter turnout on Tuesday was expected to be on par with the 33 percent record low turnout set in 2007, RedEye reported. 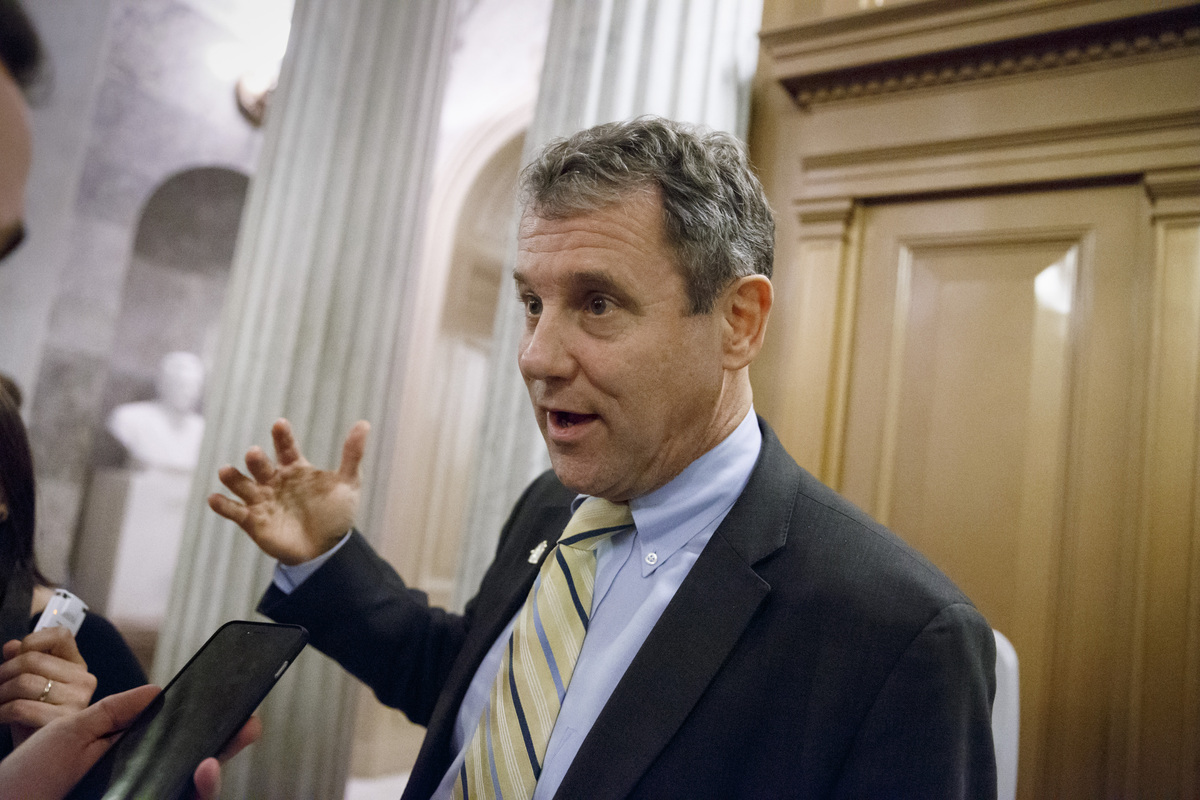 1 / 5
Senator Sherrod Brown (D-Ohio)
"Troubling reports suggest that it is back to business as usual at the Federal Reserve Bank of New York," Brown said at a Senate Banking Committee hearing in November after reports revealed that a current Goldman Sachs banker and a former New York Fed regulator obtained confidential information from the Federal Reserve. "It is no wonder that Wall Street always appears to stay one step ahead of the sheriff."
Photo: Nov. 12, 2014. (AP Photo/J. Scott Applewhite)