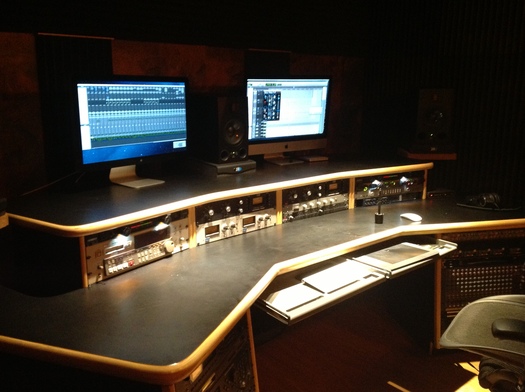 What do you do when you have spent nearly the last half century touring the world as one of the greatest bands ever assembled and you want to put out a new album? If you are the seminal band Chicago, you develop possibly the most advanced mobile recording studio ever created.

Nicknamed "The Rig," Chicago's high tech mobile studio is a high-end combination of Magma ExpressBox and Avid Pro Tools that is as sophisticated as any popular in house studio setup. As Robert Lamm, the group's keyboardist, singer and songwriter tells it:

Each member can create basic tracks for the songs that they write, even before the full rhythm section gets involved. The days of doing a 'lockout' at the Record Plant, or any other famed studio, are long over. Who wants to spend that kind of money anyway? Synchronization from the different contributors and producers is now a snap. We can go from idea to finished production at an amazing speed.

Chicago is set to put the audio proof in the pudding with their latest album, NOW Chicago XXXVI, which was recorded exclusively on The Rig. The Rig is one half of a dual system; one travels with the band on the road, the other lives in our production studio. The system has a variety of applications for Chicago, from recording new material on the tour bus to mixing in 5.1 for film, television, and Internet productions. Chicago's home base is a replica of Tom Hidley's famed "Westlake" studios. The band has been connected to Hidley since their original Caribou Ranch Colorado studio, another Hidley design.

We still love playing music. Every time we perform, we enjoy what it sounds like. We are fanatical about the audio being as good as possible, which is why "The Rig" must be flexible, powerful, portable, and always travel with the band. It is quite literally part of Chicago.

Though "Now" Chicago XXXVI has been a year in the making (it is set for release this July 4), snippets of each track had been made available by the band online. The first preview, "Naked in the Garden of Allah," was released in April 2013, and the album was finally made available for preorder in April 2014.

The Rig is the culmination of the band embracing tech. Unlike other bands of their era, Chicago has enjoyed the benefits of tech in terms of not only The Rig but social media and ecommerce as well, evidenced by over 400k Facebook likes and their entire catalogue being for sale on their website. For the first time since the beginning of the band, we are looking at not only a new way of making records, but a new way of manifesting those records. We do business now essentially directly to fans through the Internet.

Thanks to The Rig, it is a safe bet that Chicago's fans can look forward to a steady stream of new work to add to one of the larger catalogues in the music industry.