The Chicago Public School district is elevating computer science from an elective to part of its K-12 core curriculum while simultaneously laying groundwork to become the first urban school district in the nation to add the subject to its elementary core.

Components of the five-year plan include adding a survey course in computer science to every CPS high school (at least half of which will ultimately offer AP Computer Science); creating a computer science pathway for elementary students (K-8) and allowing computer science to count as a graduation requirement, potentially for subjects like math, science or foreign language.

CPS is getting the new computer science curriculum as well as professional development for staff free of charge thanks to a partnership with the non-profit group, code.org, the Tribune reports.

“This plan will help us compete with countries like China and the UK, where children take coding classes in elementary school,” Emanuel said in a statement.

In his 2013 State of the Union address, the president previously challenged districts “to redesign America’s high schools” by boosting tech and science education.

The Chicago Teachers Union, meanwhile, was more measured in its praise of the new plan.

“It’s a nice bubble gum and popsicles announcement, but is it going to be done fairly? Which schools are going to get adequate computer equipment?” CTU spokesman Michael Harrington said according to the Sun-Times. “Remember, we’re still dealing with over 100 schools with no library, and just as many with no librarians.”

PHOTO GALLERY
STEM Stories: The Faces Of Women In Technology
Voting Made Easy
Register to vote and apply for an absentee ballot today
Register now 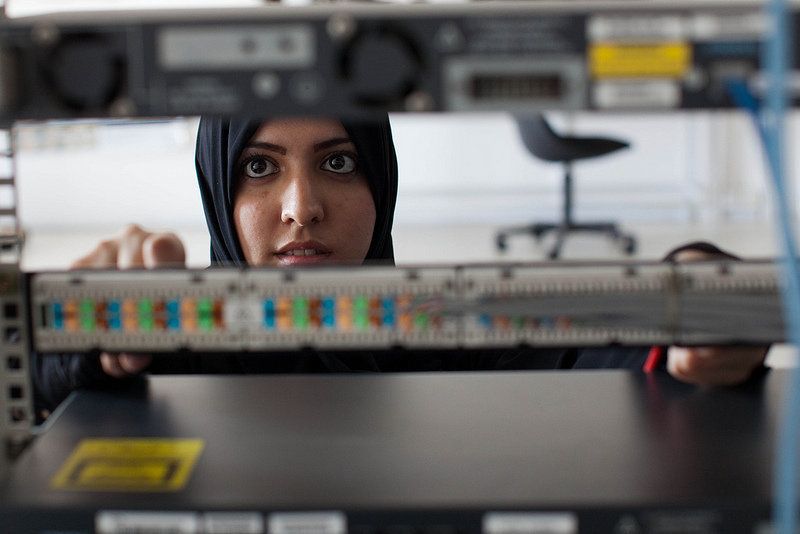 1 / 11
Saudi Arabia: A role model for women in technology
At the Cisco Academy at Effat Univeristy in Saudi Arabia, Dr. Akila Sarirete shows her students that an effective, experienced professional can earn the respect and admiration of her peers — both men and women — with hard work, dedication, and knowledge. “I had a different view of the country. I thought women were oppressed. I wanted to make a difference in women’s education,” said Dr. Akila. Under her leadership, Effat University became the first women’s university in Saudi Arabia to offer an engineering degree, partnering with Duke University. Other universities are following suit with more majors offered for women.
Cisco