Many of the companies pushing the world into the future have two big things in common: They're mostly white and overwhelmingly run by men.

Think about that for a second. Tech giants like Facebook, Microsoft, Google and Apple have done more to transform how people communicate with one another than perhaps any company since Bell Telephone -- but while they develop innovative ways to connect the entire world, their teams don't even accurately represent the diversity you see at the grocery store.

Meanwhile, a new mandate at Chicago Public Schools (CPS) could help form a pipeline that gets more people from diverse backgrounds into the tech industry. Beginning with this fall's freshmen, high schoolers will have to complete a computer science curriculum to graduate.

CPS is the first public school system with such a requirement, following a unanimous vote by the board of education late last month. It's not a perfect program -- major budgetary concerns will limit the system at first -- but the woman leading it is confident it can succeed.

"Kids are riveted, they're excited -- they want to do this," Brenda Wilkerson, senior manager of computer science and information technology education at CPS, told The Huffington Post in a recent interview.

Those kids by and large don't look like the people you'd see on the sunny California campuses owned by the world's most elite tech firms. Overall, CPS is 45.6 percent Hispanic, 39.3 percent African-American, 9.4 percent white and 3.6 percent Asian.

That's a pretty heavy contrast to the tech world.

Facebook's U.S. employees are 55 percent white, 36 percent Asian, 4 percent Hispanic and 2 percent black. The numbers are much the same elsewhere: Google is 60 percent white, Microsoft is 59.2 percent and Apple 54 percent. While CPS doesn't publicly report the gender breakdown of its students, one can assume it mirrors Chicago overall: roughly half and half, with slightly more women. All of the tech companies mentioned here are about 70 percent male.

The tech industry's racial and gender imbalance is not unique. White men saturate leadership in Fortune 500 companies overall. There's a problem to be solved in corporate America, period. These tech companies, though, literally decide how people across the world talk to one another and access information. No one's knocking Lowe's hardware (number 50 on the Fortune 500), but it's simply not in the same ballpark as Facebook and Apple when it comes to global impact.

In other words, you can see why there's an intriguing opportunity here. Chicago is the third largest city in the United States, with 396,683 students currently enrolled in its public school system, 112,007 of which are high schoolers. If you can get those students to care about computer science, you've created a substantial crop of individuals who can help create a more diverse workplace at some of the world's most important technology companies.

To be clear, no one is saying there aren't already diverse candidates for tech companies to hire.

Short of tech companies taking a more aggressive approach to hiring people of color, there isn't really a magic bullet to cut down the racial homogeneity in Silicon Valley. But in an interview with HuffPost, Miley said he agreed that better education opportunities for young people would help.

"Building a pipeline is important," Miley said. "The number [of diverse candidates is] bigger than the tech companies would represent, but it's still not very large considering the numbers of ethnic and racial minorities in the United States."

That pipeline isn't enough on its own, though. Part of the reason why is obvious -- just because you learn to write in English class doesn't mean you become a journalist -- but kids also need to see that people like them work at places like Facebook. If they don't see a place for themselves at the end of the pipeline, then the whole exercise is wasted.

"The thing I always hate is, 'This is the first black person to do this.' I'm supposed to look at it as a role model? That's a barrier," Miley said. "There's only one?"

The important thing, he suggests, is to show young people that there really is a pathway to success and that they'll see people like themselves along the way.

The big problem with all of this is that Chicago doesn't have any money.

"Our schools lost over 200 librarians," Wendy Katten, the director of advocacy group Raise Your Hand for Illinois Public Education and a CPS parent, told HuffPost. "Many, many schools now have empty libraries where no teaching is going on. There's no staff."

"Our schools only have 146 nurses for the whole district, a district of over 500 district schools -- that doesn't include charter [schools]," she added. "Our schools have been wiped out of basic core resources."

So, what happens? The plan is essentially to pull together resources to provide different types of computer science education depending on a school's specific situation.

The 42 high schools that are not able to offer computer science in the 2016-2017 school year, when the new requirement goes into effect, will compensate in part by folding related material into other subjects.

"Some of our schools will integrate computation into Algebra by using a program called Bootstrap, which [teaches] algebraic concepts using computation," Wilkerson told HuffPost. "This program is exceptional in that it not only teaches computation, it increases the rigor and relevance for students of this most crucial high school course."

The nonprofit Code.org has also provided financial resources and training to CPS teachers since 2013, and it will continue to do so.

"We don't just advocate for [computer science] or teach [computer science], we fund and perform the implementation in many schools," Hadi Partovi, co-founder of Code.org, told HuffPost. "The majority of public school teachers in CPS that are new computer science teachers, Code.org has spent millions of dollars of our money to help put those in place at no cost to Chicago."

If you want to donate to computer science education in Chicago, you can use this website.

Vision For The Future

Wilkerson acknowledges the challenges faced by CPS. But she's determined to help young people understand that they have a future in technology. Her overall vision is to get kids started on computer science well before they're even in high school -- that is, before they're limited by some meritless stereotype about who's "supposed" to work in tech.

"What I'm hoping is that this gets galvanized in a child, and then you can never take it away from them," Wilkerson told HuffPost.

Like Miley, though, she doesn't place a lot of stock in the notion that good, diverse candidates aren't already out there. But it's important to her that people from a variety of backgrounds feel like they belong at these companies.

Putting any sort of ideology aside, there's a clear argument for inclusivity based on the sad fact that there's a significant income gap based on race. As HuffPost reported on Monday, discrimination can make it difficult for people of color to land the job to begin with -- and then racial bias might mean you make less money than your white colleagues once you're there.

But why would you put ideology aside? If any cluster of companies should consider as many viewpoints as possible, it's the one that includes the world's largest social network, the maker of the iPhone, the most popular computer operating systems and the search engine we use to find information. But they often don't, which means we see Facebook employees deface "Black Lives Matter" messages and Apple exploit the image of Martin Luther King Jr.

"I was in the industry. I'm an African-American female. It's not so much that they can't find us. We exist. It's the environment that doesn't keep us," Wilkerson told HuffPost. "That is something that companies are going to have to come to grips with." 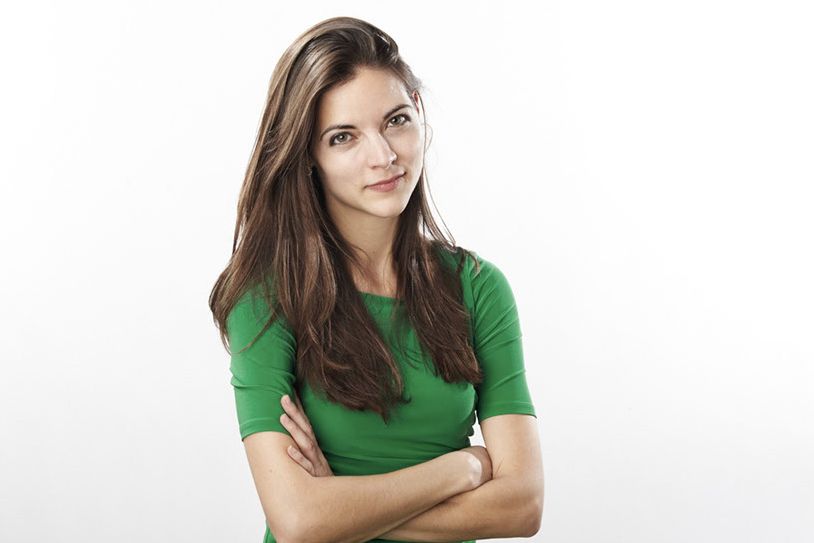