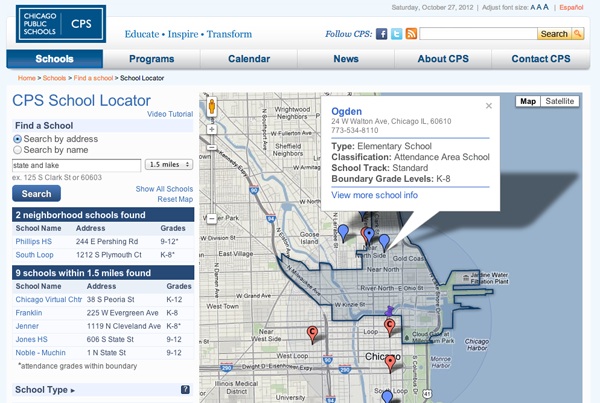 On August 17, 2012, Chicago Public Schools (CPS) launched a new version of their School Locator -- an online map that helps parents find public schools for their kids. Unlike the map that came before it, this one is intuitive, easy to use, and took half the time to build.

How was CPS able to accomplish this?

By doing it in-house and using open source software.

Governments usually build web apps like this one by hiring private contractors through a process called procurement. They publish a "request for proposals" describing the project, and companies bid for the contract. Procurement is long and bureaucratic, often leading to inflated bids by a small group of companies that know how to navigate the process.

In 2003, CPS paid a contractor $15,000 to design the original School Locator app. It took them four months to build: 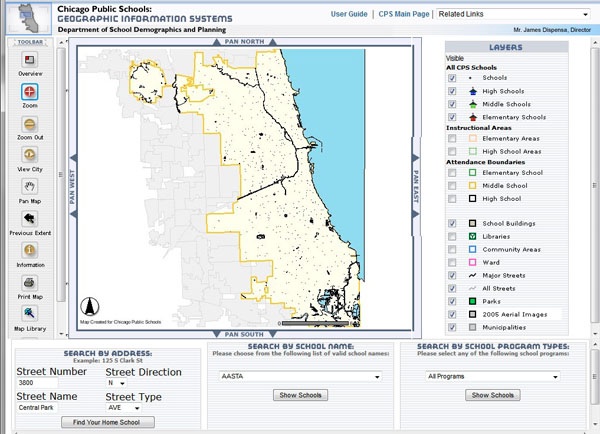 Over the years, the Internet marched on, but the map stood still. Despite getting thousands of daily hits, it was hard to use and not up to the standards parents had come to expect from other websites.

To top it off, there was nobody left at CPS who knew how the map worked, or how to update it.

A redesign of the map was sorely needed. CPS was left with a choice: hire another contractor through procurement, or try to it in-house.

In Chicago, selective schools only admit a certain number of students from each of the city's four socioeconomic "tiers." What tier you live in really affects which schools you should apply to. But before we built the app, finding your tier was a huge ordeal. 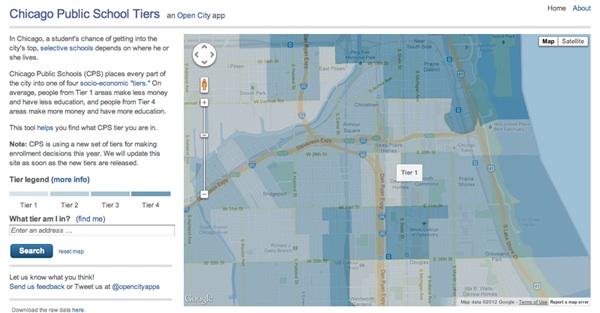 We built the app using free Google tools: Google Maps to gave us an interactive map of Chicago, and Fusion Tables stored the locations of the city's CPS tiers.

Moreover, CPS Tiers is open source software, which means anybody can reuse the code that powers the app.

The map's ease of use and value to parents attracted CPS's attention. If a group of civic hackers could put together a useful tool for parents in their spare time, could they do the same?

Alex Soble, CPS Director of Social Media, wanted to find out. He asked CPS web developers Jay Van Patten and Ted Canji to look into the free map template that powers CPS Tiers, and they used it build a functional prototype of the School Locator map in under three days.

By avoiding procurement, Jay and Ted had time to get feedback on the app from CPS staff, parents, and Chicago technologists, leading to a better product.

What can we learn from this tale?

Parents and students won. They now have an intuitive tool to help them navigate Chicago's schools. This is a tiny victory in a much larger struggle: making digital public services radically more user-friendly is probably the key tech challenge for government in the digital age.

CPS saved lots of money on this project. Going through procurement would have taken at least twice as much time and money, and probably resulted in a worse app.

In September 2012, Chicago's schools closed during a teacher's strike. The web team was able to quickly build a map of alternative places for parents to take their kids.