The number of active trial and permanent Home Affordable Modification Program modifications continues to drop in the Chicago region, according to new data released by Treasury. The past three months have seen active modifications drop to record lows (see our previous analyses). There were 32,880 active modifications in the region in September 2010, down 1.4 percent from last month's 33,346.

While Treasury does not release data on trial modifications that have been cancelled on a regional level, it does release that data nationally. Of the 1.37 million borrowers that started trial modifications, more than half did not qualify for permanent modifications. The most common reason cited for denying a permanent modification is incomplete borrower documents. Given widespread reports of documents repeatedly lost by servicers, this reason raises questions about whether the program is turning away large numbers of otherwise eligible borrowers.

The Special Inspector General for the Troubled Asset Relief Program (SIGTARP) released a report this week sharply criticizing HAMP's implementation. Citing a lack of transparency, low success rates, and failure to set meaningful goals, SIGTARP says that "a program that began with much promise now must be counted among those that risk generating public anger and mistrust." SIGTARP criticized Treasury for counting all trial modifications, even cancelled ones, as successes under the justification that even a failed trial period allows a borrower to stay in their home longer. The report emphasized that if a borrower in a trial modification, which lasts longer than six months in 44 percent of cases, fails to qualify for a permanent modification, the consequences are not trivial. During the trial period, borrowers are facing considerable economic hardship and end up with more outstanding principal, less equity, depleted savings, and worse credit scores. SIGTARP also cautioned that "Treasury's apparent belief that all failed trial modifications are successes may preclude it from seeking to make the meaningful changes necessary to provide the 'sustainable' mortgage relief for struggling families it first promised.'" Woodstock Institute agrees that the focus must shift from the already-dwindling number of trial modifications to permanent modifications, particularly those that write down principal for underwater homeowners. 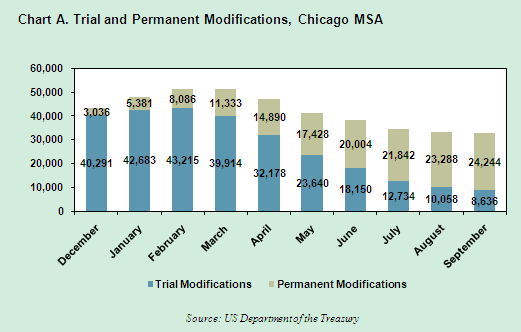 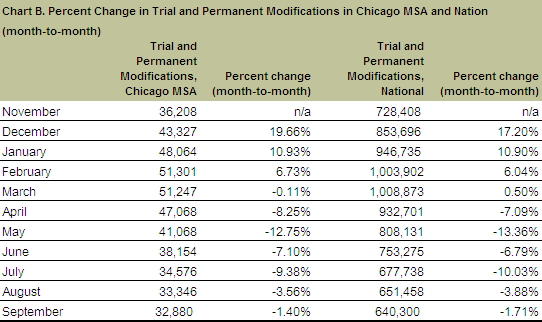 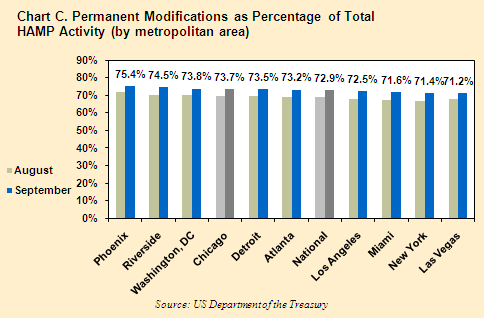 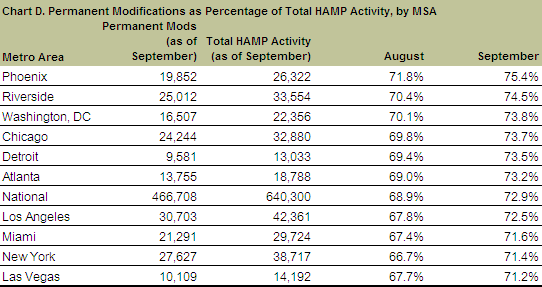