A green Chicago River is the city-wide signal: the St. Patrick's Day festivities are officially on.

According to the Associated Press, some 400,000 spectators turn out each year to see the river change color and to watch the parade, which kicked off at noon.

Chicago has long-held bragging rights to one of the country's top St. Patrick's Day celebrations alongside Boston and New York City. In 2012, the Windy City managed to pull Irish Prime Minister Edna Kenny away from Dublin for the holiday; Kenny spent this year in NYC with Mayor Michael Bloomberg.

Though temps were low, the crowds for the parade were strong. ABC Chicago reports the parade Grand Marshal was Notre Dame's head football coach, Brian Kelly, who led the Fighting Irish to an undefeated regular season.

“We are the best. I guess we are the green standard when it comes the St. Patrick’s Day Parade,” Quinn told NBC. “There’s nobody who does it better.”

WGN reports temperatures hovered just above freezing during the 10 a.m. ceremony, and the chilly weather is expected to last until Sunday, St. Patrick's Day proper.

Ald. Ed Burke (14th) and his staffer Thomas Rowan talked with NPR's "Morning Edition" Saturday about the trials and travails of Chicago's long-held tradition of tinting the river emerald in honor of St. Paddy's Day.

According to Burke, the initial vision of Mayor Richard J. Daley (the first one) was to dye Lake Michigan green, but research proved the Chicago River was a more viable option. Over the years, Rowan, who has been part of the dying since the beginning, said some of the methods weren't so bright.

Using fire extinguishers to deploy the day one year, Burke said, "we colored the Wrigley Building and 100-200 cars along Lower Wacker Drive."

The dye, whose recipe is a closely guarded Chicago secret, was originally formulated to suss out which buildings were illegally dumping waste into the river, according to CBS Chicago.

The Chicago St. Patrick's Day website runs a long history of the annual tradition and says the Chicago Journeymen Plumbers is responsible for the river tinting. The dye is said to be environmentally friendly, with wind and river currents determining how long the dye lasts (under the right conditions it can linger several days).

When asked what the city would do if other groups wanted a river-dying tradition of their own, Burke offered a simple response: "What color do they want it?"

The river dying has long been among the more family-friendly celebrations in the city, though recent actions by the City Council have aimed at sobering up the once-sloppy and debaucherous party. A more orderly South Side Irish Parade returned last week after a zero-tolerance drinking policy was put in effect.

Last month, city aldermen unanimously passed an amendment sharply upping penalties for sidewalk drinkers and public urinators within 800 feet of a parade, according to Time Out Chicago. Scofflaws swigging in the street or caught relieving themselves in public face fines ranging from $100–$500 to $500–$1,000. 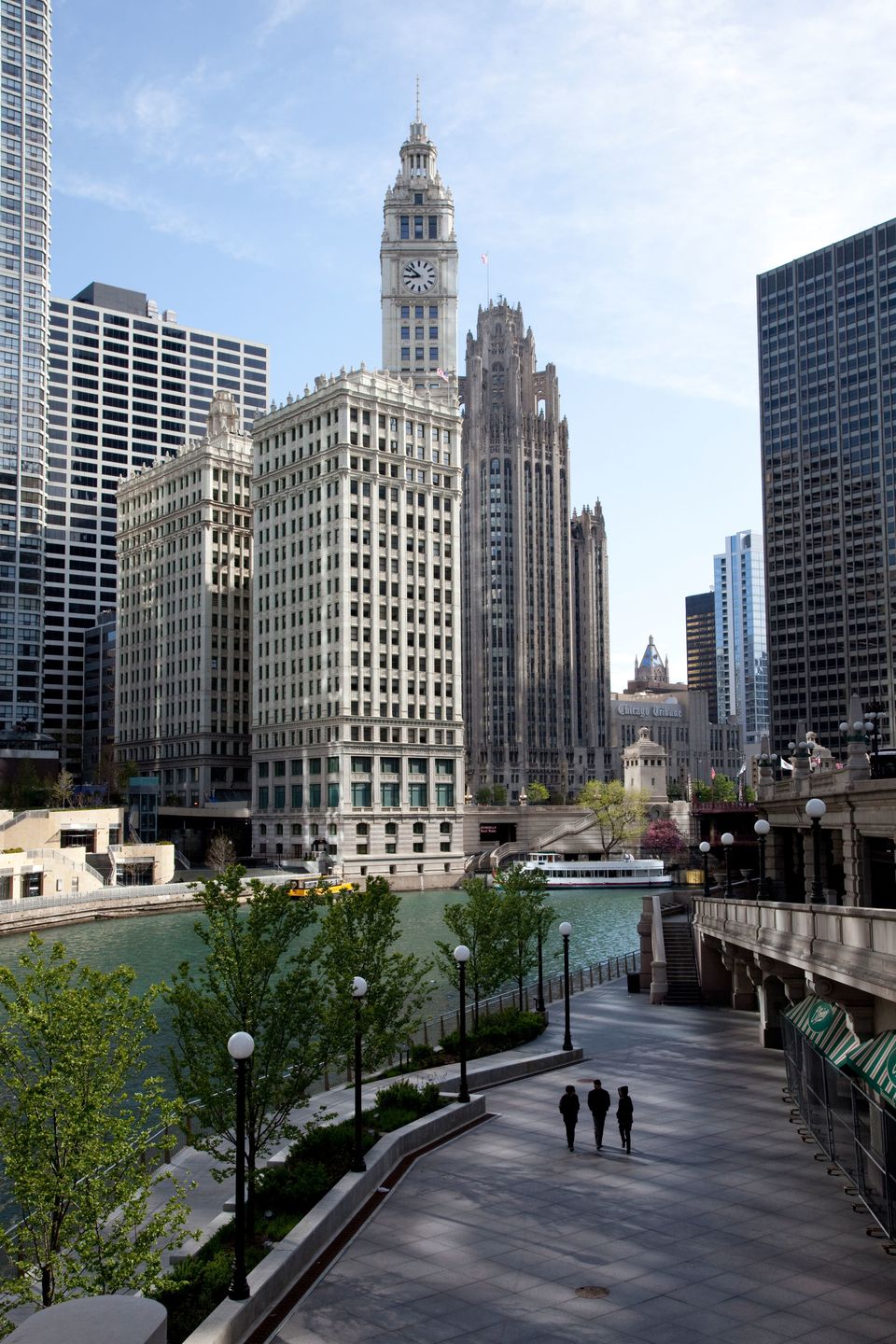