Continuing his push to ramp up tourism revenue for the city, Mayor Rahm Emanuel on Monday unveiled ambitious plans to expand the Chicago Riverwalk.

According to a statement [PDF], the mayor is aiming to expand retail space along the walk in addition to creating space for public seating, kayak rentals and much more between State and Lake streets.

(View artists' conceptual ideas for the Riverwalk below.)

"The Chicago River is our second shoreline, which has played such a critical role in Chicago’s early history, the development of our industry and our quality of life," the mayor said. "It is now time to celebrate this incredible waterway with the completion of the entire riverwalk project, from Lake Michigan to the confluence of the three branches."

The build-out has a $100 million price tag and is being overseen by a design team including Sasaki Associates Inc., Alfred Benesch & Co., Ross Barney Architects and Jacobs/Ryan Associates, the Chicago Tribune reports.

The city is, according to CBS Chicago, seeking federal dollars to finance the plan. 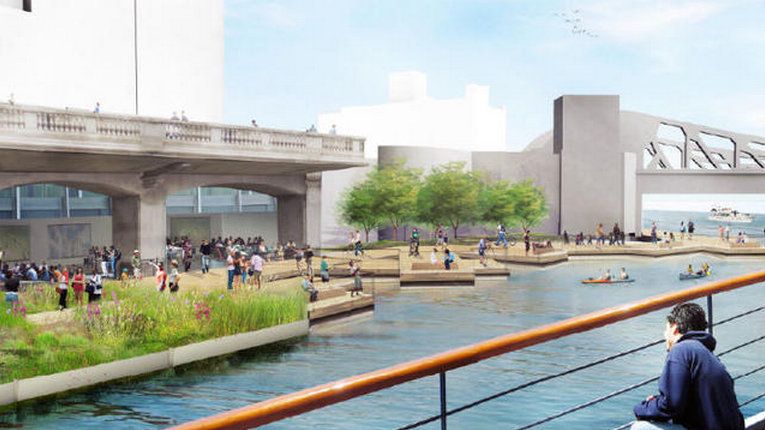